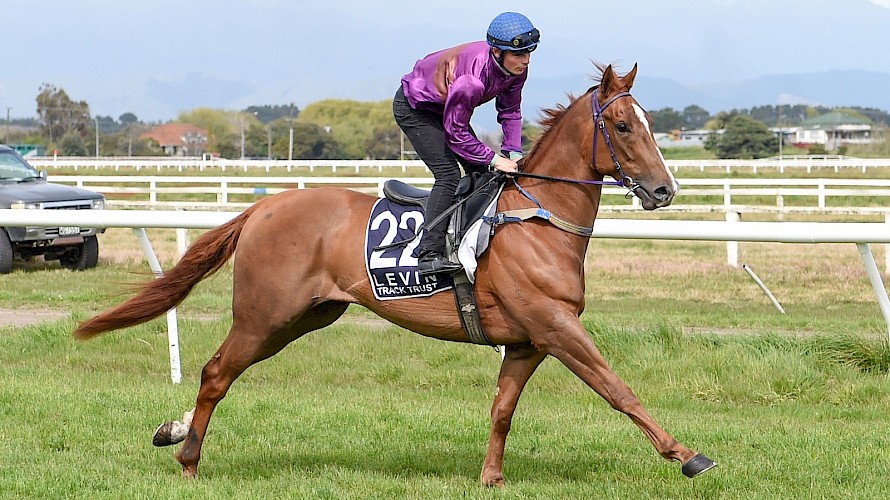 Ajay Lincoln will run better on Wednesday than his formline suggests

Ajay Lincoln looks like carrying the Lincoln Farms’ banner solo at Tauherenikau on Wednesday with the expected defection of Authentic Charm.

But while the horse’s form looks woeful, trainer Lisa Latta says to expect a much better run in his first tilt at a middle distance.

Latta is almost certain to scratch Authentic Charm from the second race because it will be too tough for her, drawn nine of 11. Instead she will run the mare on her home track at Awapuni on Friday.

“It’s too hard when you’re drawn out, particularly at Tauherenikau. We’ve been teaching her to go back and relax and she’ll get too far off them from there.’’

Ajay Lincoln will be at long odds in the third race, even with magic rider Chris Johnson aboard, but Latta says he’ll run better than his 998 formline suggests.

“He’s drawn nicely at barrier five and I am looking forward to finally getting him up over a middle distance.

“While he hasn’t shown much so far he hasn’t been stopping and last time Chris rode him he said step him up to 2000 metres straight away.

“He works like a nice stayer and even though he’ll be better when he’s four I want to see him show something.’’

“He hadn’t been doing things right and didn’t want to be among other horses.’’

The Sebring gelding is bred to show something over ground. He is out of the four-race winning mare Full Of Spirit who bagged the 2012 Group III Adrian Knox (2000m) at Randwick before running fourth in the ATC Oaks (2400m).

“I know he’ll be a lot better when he strengthens up but if he can even weigh in on Wednesday I’d be happy.’’