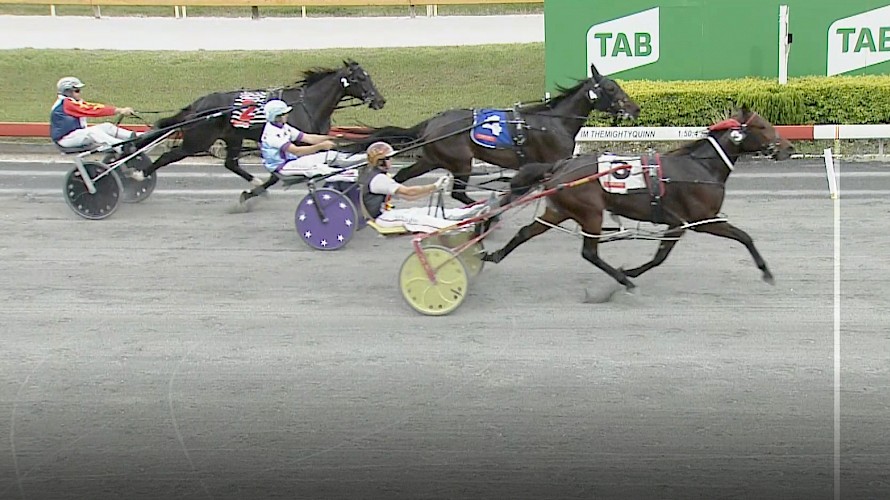 Lincoln’s Girl’s decisive win at Albion Park today has given trainer Al Barnes plenty of confidence that she can win at distances further than a mile.

In her first start back in the draw, Lincoln Farms’ filly cruised home by 1.6 metres for driver Hayden Barnes in a 1:55.5 mile rate for the 1660 metres to beat Timeless Appeal and the favourite Ark Me.

But it wasn’t so much the time - she paced a lot quicker in two runs last week when banished out of the draw for galloping - rather the way she settled in the running that Barnes says will stand to her over 2138 metres.

“When she first came over here I thought she’d just be a miler because she seemed to over-race that much.

“But Hayden said she settled fantastically. She’s a different horse in front, she drops the bit and relaxes.

“From what I saw today I’m happy she’ll run out 2100 metres no worries. And she’s still learning.’’

Barnes says he was surprised Lincoln’s Girl was able to get the front today.

“Hayden said she didn’t feel super out of the gate so he didn’t push her, just kept her balanced.’’

Third early, Hayden made his move after a few hundred metres and was surprised when he ranged alongside the leader Timeless Appeal that her driver was happy to hand up a round from home.

“But she’d worked a bit harder than usual and she’s not the strongest horse.’’ 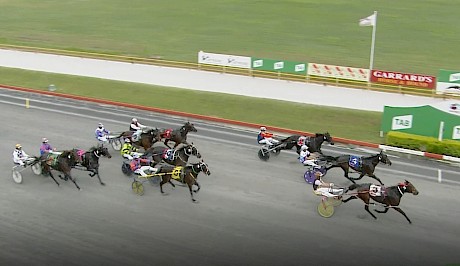 Lincoln’s Girl is going strongly at the finish, easily holding her rivals.Beautifully rated over the last lap, Lincoln’s Girl clocked a third quarter of 28.8 before scooting home in 28.4.

“Hayden just let her run up the straight and said she was doing it comfortably. She could have gone quicker - but they don’t pay out on times. It was more about keeping her settled and relaxed.’’

And while Lincoln’s Girl took a while to recover from the run - she tends to get herself worked up a bit - Barnes says she’ll be right back on her game in a couple of days.

“She’s a great eater and has great energy. If I had to back her up two or three days later she’d do it.

“The two runs last week actually sharpened her up. I thought they might take the edge off her but they didn’t. She was very bright this week.’’

Barnes says with that kind of constitution it won’t be any trouble for Lincoln’s Girl to race every week.

“And even though she won A$3400 today she can still start in a maiden race next week. Our system’s changing but she still goes up only two ratings points.’’

Barnes says his enviable strike rate now of seven wins from 10 starts with Lincoln’s Girl and the unbeaten Trojan Banner is down to Lincoln Farms sending him the right kind of horses who can be well placed to win.

“It makes it easier to get up in the morning when I’ve got these horses to train.’’ 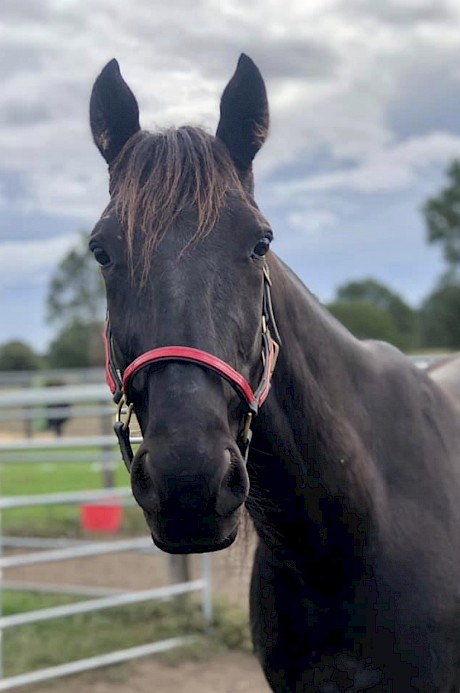 Where am I? Hustler checks out his new home in Marburg.Hustler arrives

Awaiting him tomorrow morning for the first time will be Lincoln Farms’ top pacer Northview Hustler, who arrived in Brisbane today.

“He’s a racy looking type and was out in the paddock today having a good pick of grass.

“I’ll give him Saturday and Sunday off so he can relax and look to trial him on Tuesday week.

“I’m sure Ray (Green) has him ready to go but we’re targeting the bigger races and have time up our sleeve.

“It will take him a bit of time to acclimatise anyway. We’re coming into winter but it was still warm and muggy today and he has no rug on tonight.