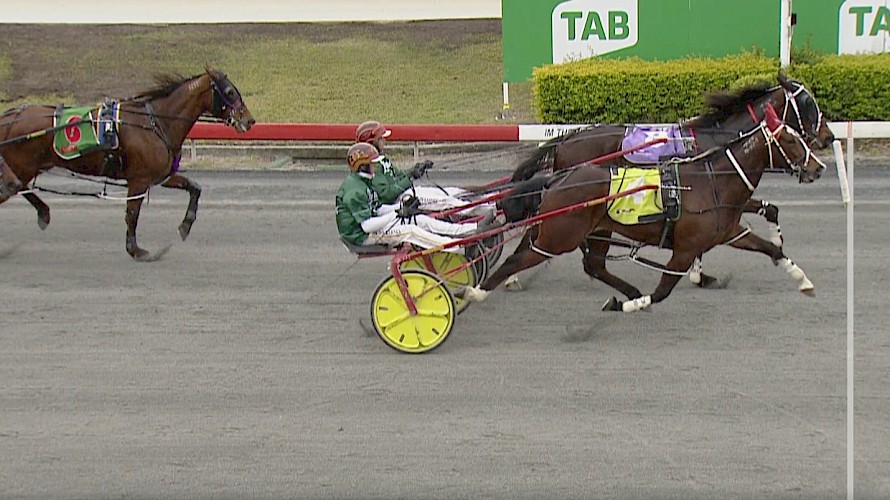 Larry Lincoln is just a nose behind Man Of Action, inner, and cruising at the finish of his trial last week.

Trainer Al Barnes is looking forward to tonight at Albion Park when he unleashes his two new Lincoln Farms runners, Larry Lincoln and Man Of Action.

Barnes says both horses will be hard to beat, Larry Lincoln, in particular, whom the bookies have a $1.45 hotpot for the fourth race.

“I can’t fault Larry, he’s a nice horse. On his trial and his work he should be winning. His work has been super at home and he’s ready to go.”

Barnes says his son Hayden was very taken by Larry Lincoln’s trial last week when he was pipped a nose by Man Of Action in a mile rate of 1:54.8.

“Hayden said he could have gone 1:53 and he’s improved since then.”

The field Larry faces tonight is below par and Barnes doesn’t expect his barrier six draw to be any hindrance over the 1660 metre trip.

Pukekohe trainer Ray Green never made a secret of the high speed Larry possesses, it was only his stamina that was in question here. 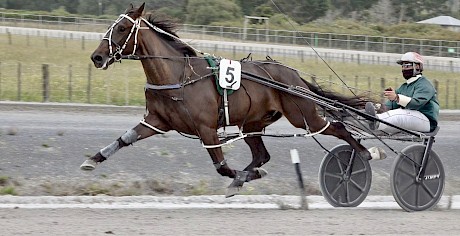 Man Of Action … has been in solid form at Auckland.Man Of Action faces an even line-up in the sixth race, where he is a $2 favourite in gate four.

“He’s improving every time we work him but he’s still a little tubby for my liking and may need a couple of runs to tighten up.

Man Of Action has been a model of consistency since lockdown and was a last-start second to Adieu Flirt at Alexandra Park on August 20.

Meanwhile, Barnes has scratched Northview Hustler from his engagement on Saturday night.

The horse ran a terrific third equal last week behind Colt Thirty One but is a bit niggly this week, says Barnes.

“It’s nothing major but he’s a bit foot sore with corns and is a bit flat and tired and dry in the coat.

“The best he could have managed this week (from the second row) was to slip into fourth so I’ll give him a week off and a little freshen-up.”

Barnes says the Hustler is due for his monthly joint treatment but, unable to take him to the university, where he has always had a good result, he’s trying a new vet and a few different products.