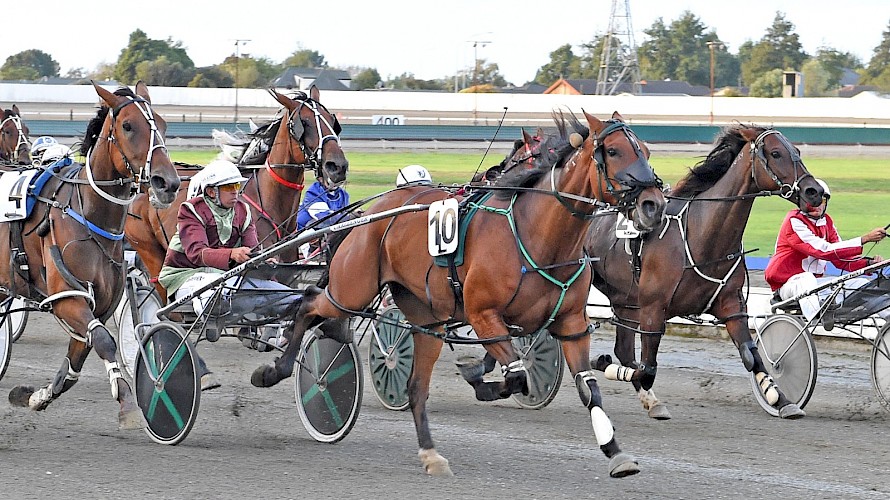 In Lincoln Moment, breeder and co-owner Steve Hollander sees a horse treading the typical path of a Sir Lincoln.

They start off as good looking youngsters with speed but it’s not until they’re given time to strengthen that they reach their full potential.

Lincoln Moment, now four, delivered his best, and most encouraging win at Manawatu last night, sustaining a sprint, which once would have petered out, to beat Katamach in a driving finish.

And while it was just his third win in 27 starts, Hollander and his partners, wife Karen, Peter McDermott, Kel Neville and Jay Abernethy, are now hoping he can notch another few wins.

“He won a couple of races from good positions last year but he was a bit weak and had a sprint that could last only a couple of hundred metres,’’ says Hollander.

“But now he looks to be capable of hanging in there and seems to have found his feet.’’ 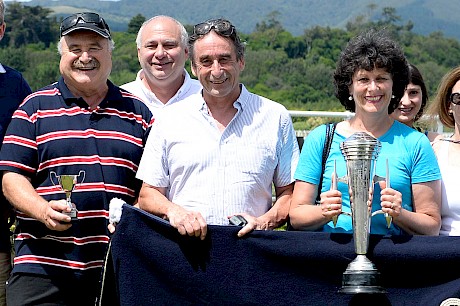 Steve Hollander, left, and wife Karen enjoying the spoils of Wellington Cup and Otaki Cup winner Jet Black Shadow with the writer. PHOTO: Royden Williams.Hollander recalls Lincoln Moment as “a fantastic looking foal. His mum Fleeting Moment was gorgeous too so there was a bit from both sides of the family.

“We thought he was something really special early on because he had really good speed but he struggled a bit with conformational problems.’’

Eventually Hollander moved Lincoln Moment from Tony Herlihy’s stable, where he was under the wing of Tremaine Thorby, to his old mate, Bulls trainer Doug Gale, for some more individual attention.

Gale, who has shown great courage to rise above some ill health issues of his own in the last 12 months, thought Lincoln Moment had overcome his problems last year.

“But the horse was still strengthening internally and its not until now that he’s started to really impress Doug.

“He was still a bit green last night, Jay had to stop driving him a couple of times down the straight, but he didn’t stop running like he used to, he sustained his sprint.

“I know it’s only Manawatu but he should win a couple or three more races on that.’’

Hollander is hoping that now Lincoln Moment is stronger, his penchant for grass track racing will also widen to all weather surfaces.

And now that they’ve discovered, courtesy of some second row draws, that the horse is best saved for a late burst, his form will also hopefully become more consistent. 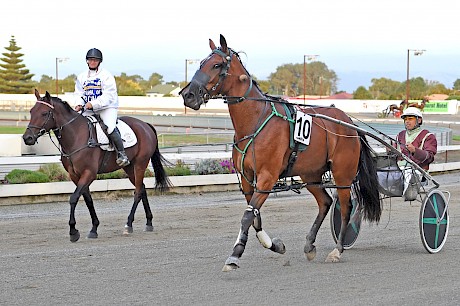 Jay Abernethy brings Lincoln Moment back to scale, nearly 11 years after driving his dam to win her only race.“We used to use him early, because he had good gate speed and was on the front, but he often had little left at the finish.

“But if we let him sit in the field, and the race pans out right for him, he can come home with his electric speed.’’

Hollander likes that Sir Lincoln seems to have injected some toughness into Lincoln Moment. His dam Fleeting Moment was initially rated an outstanding two-year-old prospect by Herlihy but in the end simply didn’t have enough speed.

Ironically, when she won her sole race at Auckland in May, 2008, it was with none other than last night’s driver Jay Abernethy in the sulky.

“When they turn up you don’t have to break them in. They can all pace perfectly.’’

Hollander is hoping for a few more special moments to come - his latest great white hope out of Fleeting Moment, a yearling by He’s Watching called Private Eye, is already pacing like a toff for Cambridge trainer Nicky Chilcott.