Ben: Lincoln Sky’s working very well but I’m wary that second-up runs can be a trap

Trainer Ben Ahrens is predicting another good run from comeback galloper Lincoln Sky at Warwick on Thursday, although he is a little wary about the second-up syndrome.

The Savabeel four-year-old was to have lined up on Tuesday but a switch round of meetings after rain has seen the meeting put back two days.

While the country track of Warwick, 170km from Brisbane, is a reasonably small oval at 1600 metres, Ahrens says he doesn’t expect Lincoln Sky to have any trouble handling it.

“It’s not a bad track, it’s not the smallest here and there’s a good starting point at the 1500 metres. They go 150 metres, then there’s a slight kink in the track, and then a nice run down the back straight and a good even turn.

“Even though it’s not a big track I’ve rarely had jockeys tell me my horses didn’t get round it. I don’t think it will bother him at all.”

Rather, Ahrens is a little wary about it being Lincoln Sky’s second run back from a 10-month spell.

“If he’d been coming back from four weeks in the paddock I’d be very confident after his good first-up run.

“But I’ve been caught out a few times. The second-up run after a long spell can be a bit of a trap even though they can look like they’re doing everything well. 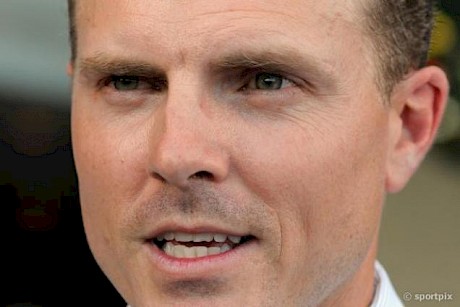 Lincoln Sky showed the benefit of plenty of rehab work by first Lincoln Farms’ harness trainer Al Barnes then Ahrens when he produced a bold run for sixth over 1350 metres at Doomben on June 3.

It was his first race since last August at Warwick Farm when bone chips in a knee stopped him short, just when trainer John Sargent was getting hopeful about his future.

Jumping fast from an outside barrier at Doomben, Lincoln Sky raced outside the leader and was still disputing the front 200 metres out when he ran out of condition.

“He just blew out the last bit but I was very happy with the run,” says Ahrens. “It would have been nice to draw a decent gate this time (he’ll likely run from 11 of 14) but looking at the speed map hopefully it will work out well for us. Most of the speed is drawn the inside so they should jump and lead without too much pressure.

“That should allow us to get across and sit one-one. I expect the inside of the track to get chopped up as the day goes on so we might be able to sit one or two off the fence in better going.

“When they turn for home we should then be able to get towards the outside.

“It’s an easier field this time but he’s not going to just go out and win easily. There’s still a lot of improvement in him and I’ll be happy to see him finish within three lengths of the winner.

“But he has more scope for improvement than most of the others.”

The highest rated runner in the field, Lincoln Sky will carry 60kg with jockey Jarrod Woodhouse, who rode the horse in his two lead-up trials, winning the second at Beaudesert over 1050 metres.

Ahrens expects the most opposition to come from last start runner-up Addocarr, trained by Tony Gollan, but says as the winner of only one of his 18 starts, the horse doesn’t have as much upside as Lincoln Sky.

Ahrens says on the ability the horse is showing he will be disappointed if Lincoln Sky hasn’t won a couple of races by the end of July.

And while he expects Lincoln Sky to eventually excel at longer trips, he believes races within the 1600 metres to 2000 metres range will suit him in the meantime.

“He still seems to have a turn of foot. But it’s hard to plan too far ahead at the moment anyway as the calendar is very fluid. I can only see races until mid-July.” 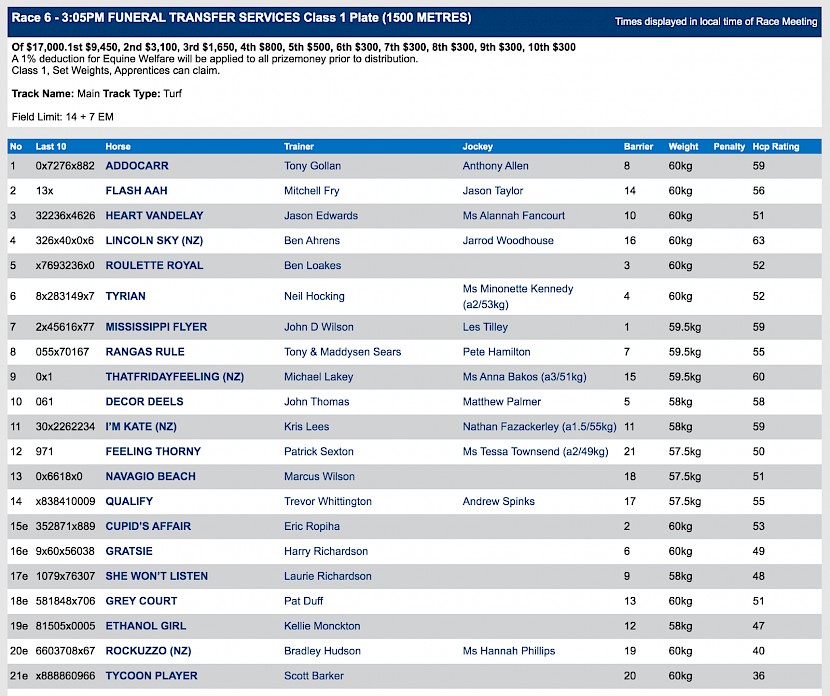 Lincoln Sky races at 5.05pm NZ time at Warwick in Queensland on Thursday.