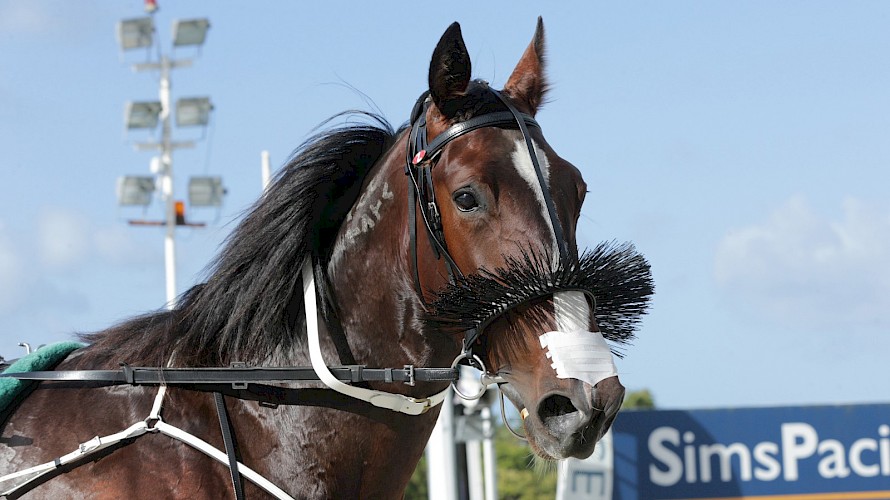 Trainer Ray Green calls him the best maiden in New Zealand and he’s pretty confident Double Or Nothing can break his duck at Cambridge on Thursday night.

Placed in seven of his 10 starts at Alexandra Park, earning $19,460 in some of the best two-year-old company, Double Or Nothing meets a moderate bunch of maidens in the fifth race.

And, judging by the way he felt in training this morning Green believes the Sweet Lou gelding is ready to show his true worth.

“He trained really well today and felt a lot stronger to me.

“People are saying he’s not genuine, and they could be right, but I’m not convinced. I think because he has so much ability we’ve expected too much of him.

“But he’s just been a big weakling and has needed a bit of time to furnish into his frame. Hopefully now he’s matured into a much stronger individual. That’s the theory anyway, we’ll see what transpires from here on in but I’ll be very surprised if he doesn’t go close. 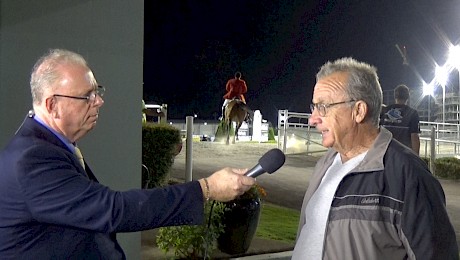 Trackside’s Craig ‘The Whale’ Thompson interviews Double Or Nothing’s trainer Ray Green.“He should kill them really. He’s a classy horse and is light years ahead of those on ability - it’s a huge drop in class for him.”

In his last start at Auckland on August 9, Double Or Nothing led from gate five soon after the start and still looked to be travelling well when challenged early in the run home by red hot favourite Henry Hu.

But, while he lost second only in the last few strides to Mumsie’s Lad, Green thought he still should have run on better so he had the horse scoped immediately afterwards.

“I thought he was better than that and wondered if maybe he had bled. I just wanted to eliminate all possibilities. But all that they found was a little mucous in his throat so he’s probably had a dose of a virus at some stage - it’s been going round the whole area.”

On his work this week Green believes the three-year-old is now over that and he doesn’t believe the second row draw will disadvantage him too much.

“That won’t worry him at all. He’s a nice driving horse who can go forward or back, it won’t matter to him.”

In his two previous starts Double Or Nothing ran good seconds, chasing home talented types in Mighty Looee and Copy That.

Double Or Nothing is raced by Lincoln Farms’ John and Lynne Street in partnership with long time gallops ally Neville McAlister, Rod and Sue Fleming and Bob Best.