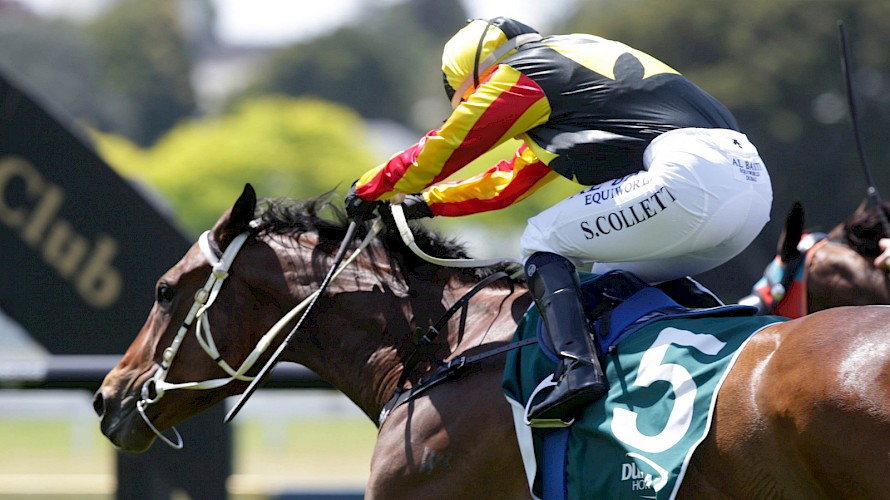 Bring it on! Lincoln King flies into New Year’s Day Final and he’ll simply eat up the 2400

Despite it being his first look around the undulating Ellerslie track, Lincoln King was his usual unflappable self, coming from last on the home turn with an irresistible finish to nail Kya Khoob Lagti Ho by half a head in the Dunstan Qualifer.

The win earned him nine qualifying points, guaranteeing him a start in the final which, run at 2400 metres, will suit him even better than today’s 2100 metres. 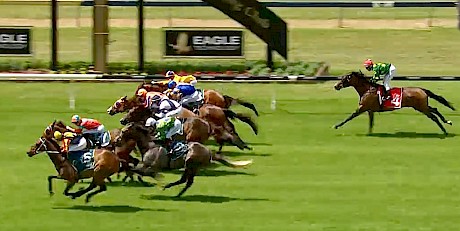 Lincoln King finishes best in a blanket finish at Ellerslie.“The extra distance will be perfect for him,” said Marsh who was worried watching the race when it looked like Lincoln King was caught flat footed when the leaders sprinted.

But despite a wall of horses challenging up the home straight, Lincoln King outfinished them all, unleashing a closing 600 metres in 34.54 for rider Sam Collett.

“I was a bit worried where I was in the running 700 metres out but he just kept finding enough and the further the better for him now,” Collett said.

“He’s beautifully bred to stay, by Shocking out of a good staying mare and he’s only young in terms of where he’s heading.”

Marsh said while the five-year-old had taken his time - until this year all his early education was done at part-owner Bill Gleeson’s Wellfield Lodge by Peter Didham - Lincoln King had now furnished into a lovely progressive stayer.

“And not much seems to worry him. He was nice and relaxed again today.” 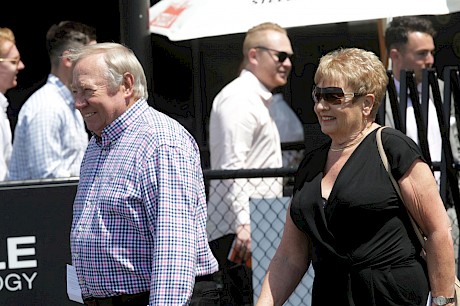 They have every reason to think Lincoln King can continue to develop as a stayer as he is out of the Shinko King mare Shi Kin Fly who showed staying talent in her career which netted seven wins and $174,000.

They’re right across the track and Lincoln King is mounting his winning run at extreme right.