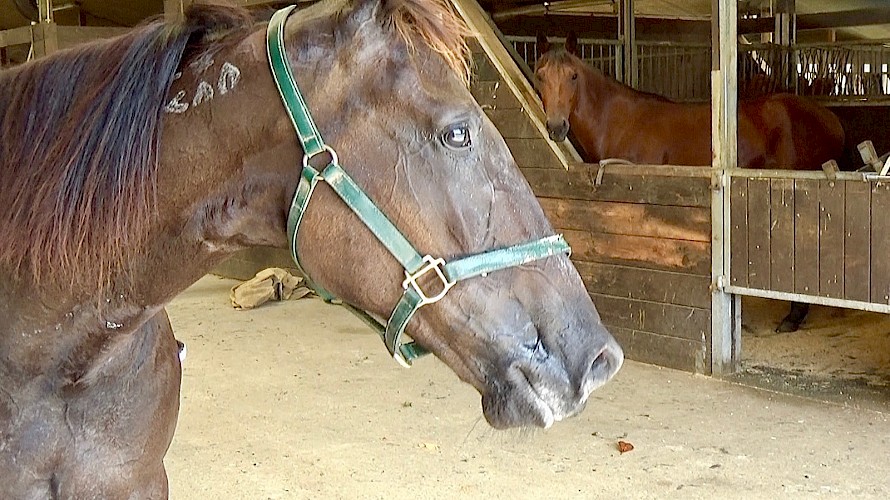 Recco Lover will be saying goodbye to his mates at Lincoln Farms tomorrow.

Bye bye Recco, we’ll miss you, but Emilio’s built a nice new home for you outside Sydney

The smart four-year-old will be on a plane to Sydney on Tuesday where he will continue his career under the wing of former champion American trainer Noel Daley.

Australian owner Emilio Rosati, who bought Recco Lover from Lincoln Farms in January, has been setting up a new training facility at Luddenham, on the outskirts of Sydney, and Recco Lover will be one of his first runners.

The state-of-the-art 52 ha property has a 1000 metre track, with its turns and camber designed on Sydney’s main track Menangle, along with a sand track, water walker and 40 paddocks.

And it will be home to a burgeoning number of racehorses which Rosati is bringing together for Australian Daley who has returned from the States to be his private trainer.

One of the most successful trainers in America for the last 20 years, Daley trained 2570 winners of more than US$61 million, with his headline horse Mr Muscleman who bankrolled US$3.5 million.

And Recco Lover will join them, his high on-speed ability expected to see him do well at Menangle. 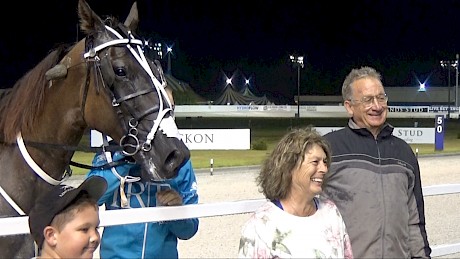 Green has always liked Recco Lover, who won two of his first five starts before going winless for 13 months when at times he began to doubt his initial rating of the horse.

When he finally broke the duck last November, running his rivals ragged in 2:40.2 for 2200 metres, it was because Green fitted him with blinds and removable defeaners.

“He has enormous ability but he’s just such a blasé individual.’’

Fifth behind Chase Auckland in the New Zealand record-run 2017 Final at Addington, Recco Lover clocked the fastest sectional in the race, pacing his last 800 metres in 54.48 and that despite locking wheels and dragging third-placed Cullenburn over the line with him. 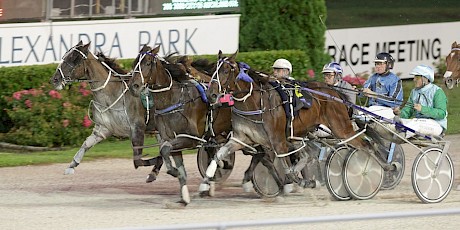 Recco Lover has really stepped up this season. He’s pictured here challenging up the passing lane at Auckland, right up with Jack’s Legend, On The Cards and Star Galleria in the City Of Auckland Free-for-all.“I always said he had the ability to be a cups horse and I think he just needed time to grow and get stronger.

“His bones weren’t hard enough and he had stress fractures as a young horse but we couldn’t do much about that.

In his last success in February, Recco Lover came off the back of hot favourite Mach Shard and reeled him in to score back-to-back Auckland wins.

Green will be sad to see the horse go, particularly as it leaves him with only one older racehorse Northview Hustler.

“But you can’t get emotionally attached to them. It was inevitable that he would go eventually once Emilio got his trainer organised.

“And I’m sure he’ll do well over there. Daley’s credentials are pretty impressive.’’