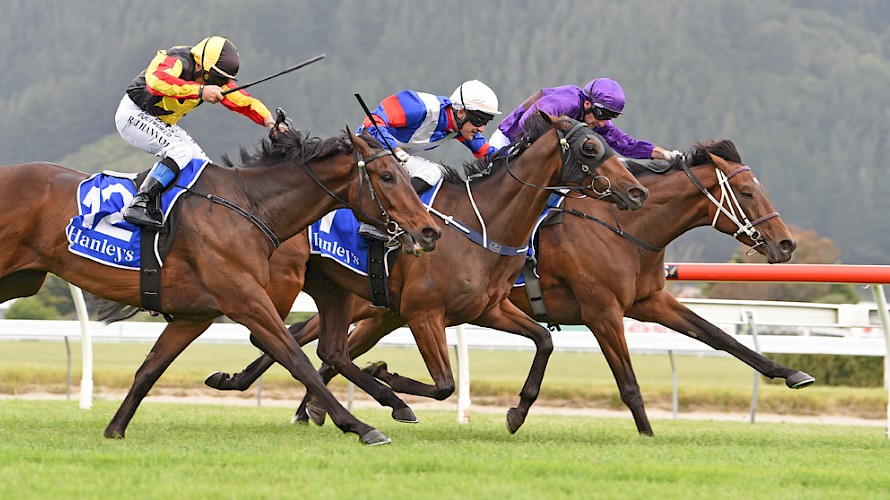 Trainer Lisa Latta admits she has zero idea how Platinum Road will go at Otaki on Thursday after his appalling run on New Year’s Eve.

Normally, against an ordinary bunch of mid-week rivals, she’d have been extremely confident with the horse whom the stable has always fancied as a promising staying type.

But his run at Hastings was simply too bad to be true.

Platinum Road, expected to win stepping up over ground, was struggling to hold his place for Dylan Turner a long way from home and walked home 22 lengths behind the winner.

Vet tests on the day failed to uncover any explanation for the flop but Latta and co-owners Neville McAlister and Lincoln Farms’ John and Lynne Street put the horse through a battery of tests the following week including a scope which was clear.

“The only thing we found was his bloods came back a little mixed, enough to say that he may have had something going on on the day. He didn’t require any treatment - we just backed off him a little bit - and he has bounced back well.”

Latta’s only other thought was that the Hastings track, while rated a dead 4, had been thoroughly watered, and may not have helped his action or confidence. 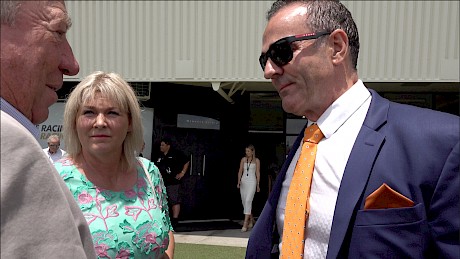 Neville McAlister, right, with partner John Street and trainer Lisa Latta.On Thursday, at the suggestion of McAlister, Platinum Road will not wear blinkers, but be tried instead in side winkers, and will be handled by strong rider Jonathan Riddell who knows the horse well.

“We thought he’d really excel over middle distances and even further but you couldn’t be confident the way he went last time.”

Prior to Hastings, everything Platinum Road had done in his lead-up races suggested he’d come into his own when stepped up over distance, his late dashes the mark of a horse crying out for more ground.

When Platinum Road scored his impressive maiden win at Trentham in December, 2019, McAlister said the horse was bred to go 2400 metres - his sire Declaration Of War left the Victoria Derby winner Warning.

Said McAlister at the time: “He’s a bigger and stronger horse than Platinum Invador at the same age and whereas we had to ride Invador back to teach him to settle because he wanted to reef and pull, this horse just does what you ask.

“Leith (Innes) said he’s so laid back he’ll just do what you want him to. In fact he’s so lazy Leith says he’ll need a hood on at some stage.”

Latta is expecting an improved run from Lincoln The Fox (race five) on Thursday.

“He worked really well on Tuesday. The wide draw is the issue but he’s definitely improved with his first-up run.”

Lincoln Rocks, a double acceptor for races three and six, wants a bit of rain, says Latta, as he’s a typical Road To Rock.