Lincoln Farms’ trainer Ray Green has another exceptional looking bunch of two-year-olds going through their paces at Pukekohe.

Check out the class of 2019 below, with current photos shot by Trish Dunell and how they looked as yearlings, and if one strikes your fancy contact Ian Middleton to see if shares are available in the partnership. 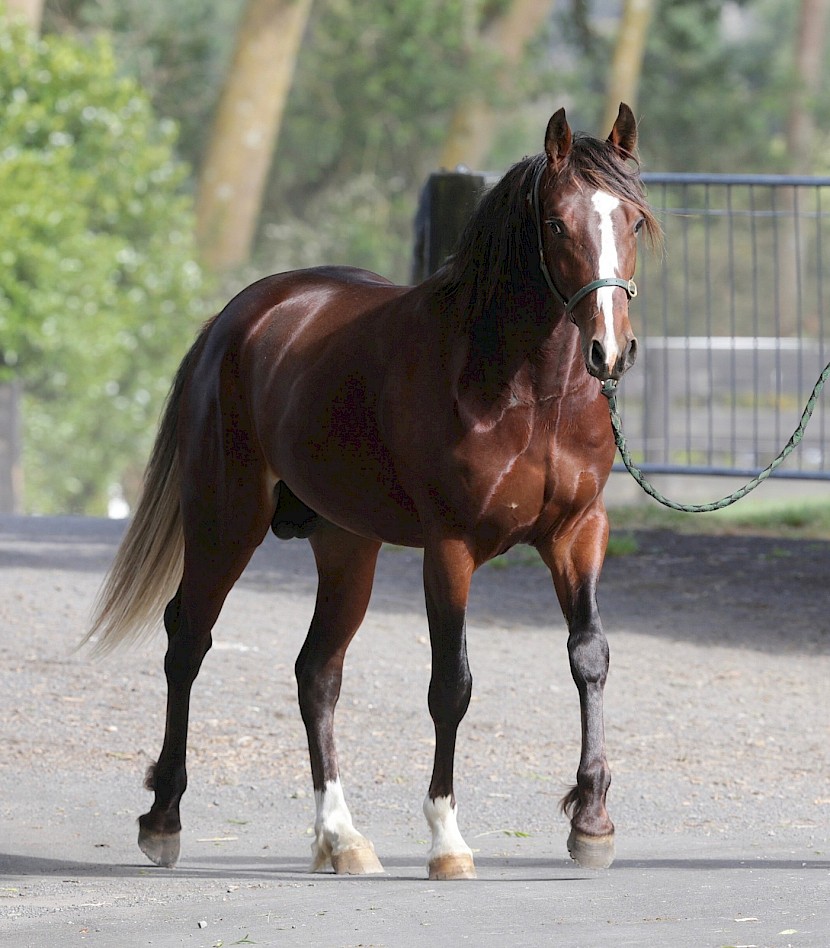 Ray Green: “He’s a nice little horse who should make a two-year-old. He’s a good pacer who’s done nothing wrong but I gave him a bit of a break as he was a bit small and weak.” 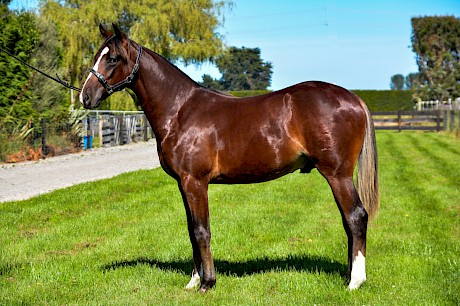 From a family rich in black type, this colt is the second foal of a Bettor’s Delight mare who is a half sister to headliners (Our) Amazing Art (15 wins), All U Need Is Faith (8 wins), Pacing Major (13 wins) and Grace Way, the dam of Lincoln Farms’ smart colt Make Way (13 wins). 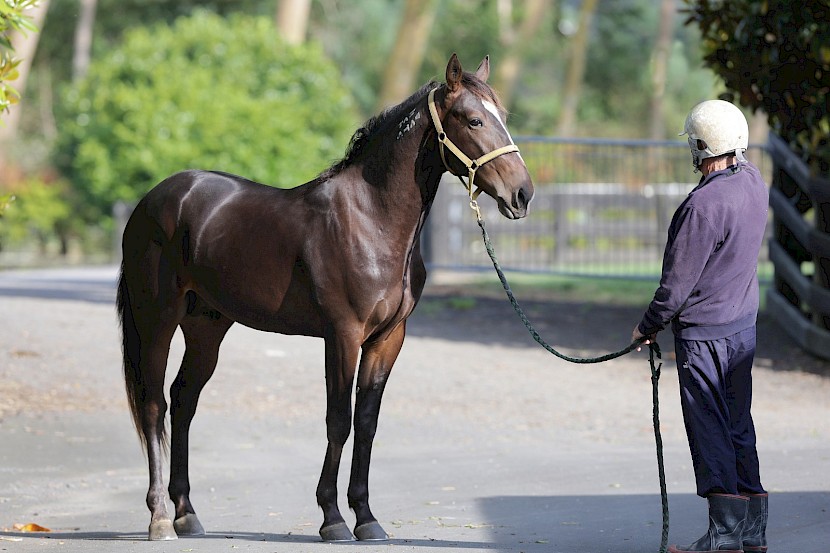 Ray Green: “He’s jogging up and is due to start fast work again soon. He was a big, gangly weakling but has strengthened up considerably this time in. He’s still got some developing to do - he needs to pop up in the wither - but he paces well enough and he’s got some good American blood.” 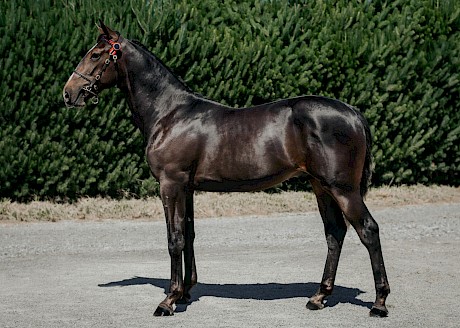 Out of a half sister to a 1:47 winner, Apieceoflou boasts a string of big race winners in the United States in his family including Hop Sing (27 wins), world champion Shebestingin (18 wins, 1:47) and Bono Bests (25 wins).

He is out of the Rocknroll Hanover mare Wantapieceofme, whose only other foal Betterpiece has won two races in Western Australia. 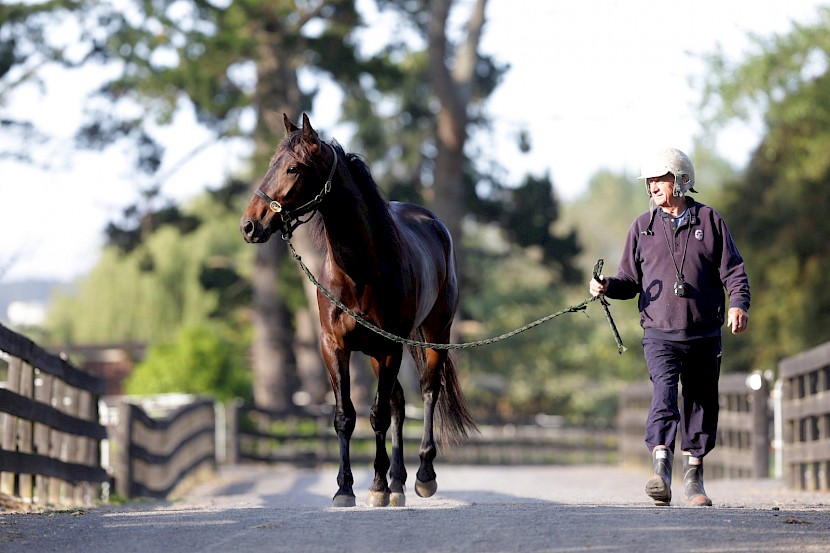 Ray Green: “He was one of my favourites at the yearling sales and we stole him. He’s about the only Somebeachsomewhere I’ve ever liked and I couldn’t fault what he’s done so far. He’s perfectly mannered with a nice stride and is on target for the first Young Guns heat.” 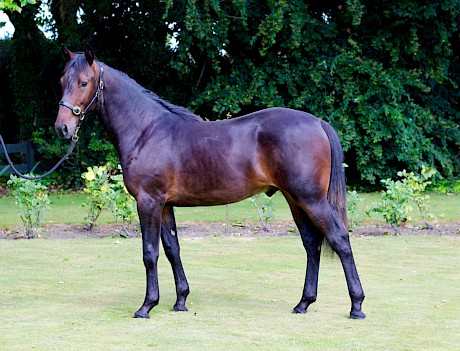 Bondi Shake is the first colt out of six-race winner Seven Point One who is a half sister to the good winners Courtney John and Bobbie McArdle. 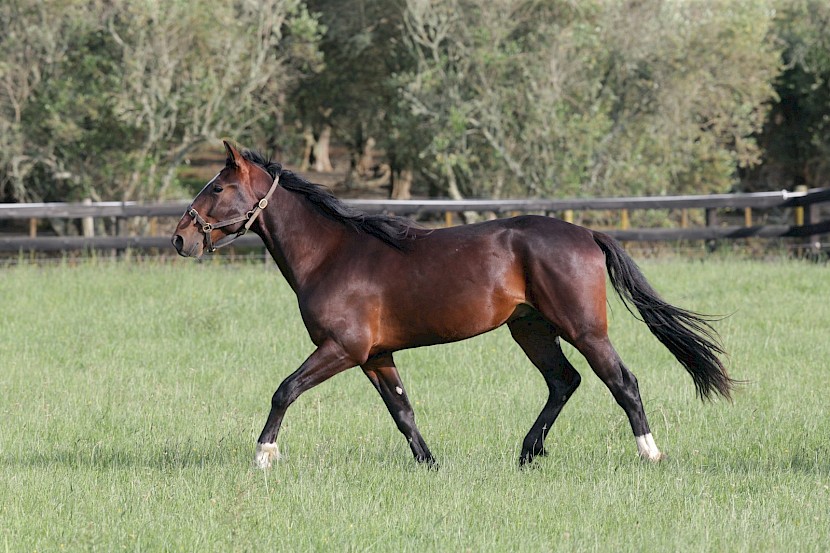 Ray Green: “He’s very big and immature and has been slow to develop but he’ll come to it later. We gelded him last week.” 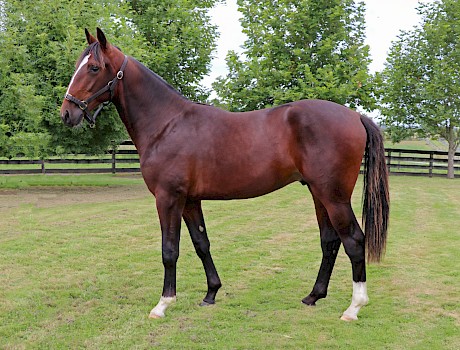 Brodie Lindenny is the fifth foal of a seven race winner in Lady Dancer. She has had three foals to the races including the eight-race winner Come Dance With Me, who is racing in Western Australia, and Dancing Dixie.

It is the family of crack pacer Surprise Package who won 13 races in New Zealand and another 14 in the United States. 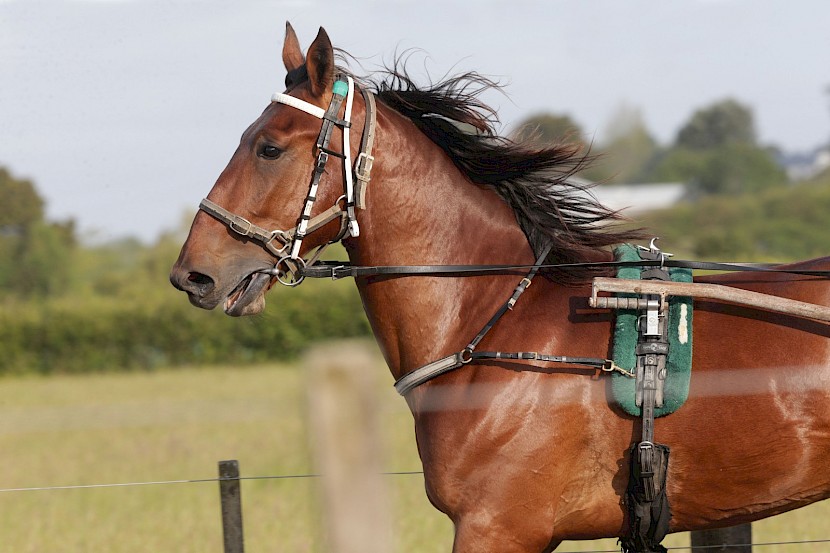 Ray Green: “He’s a typical Captaintreacherous, athletic looking with a beautiful long body. I like him a lot and I think he’ll develop into a pretty nice racehorse. He’s improving all the time and is one of the most forward of my two-year-olds. He’s won a workout and his qualifying trial and is right on target for the first Young Guns heat.” 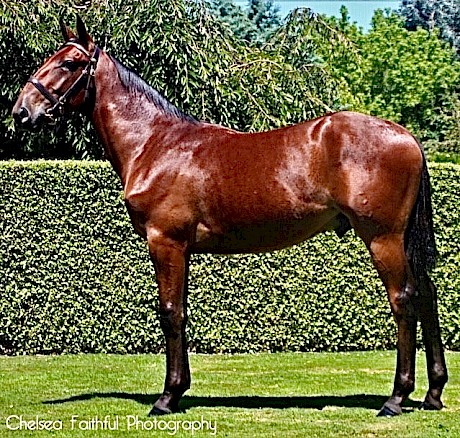 Captain Nemo, by a much touted son of the ill-fated Somebeachsomewhere, is from a prolific winning family. 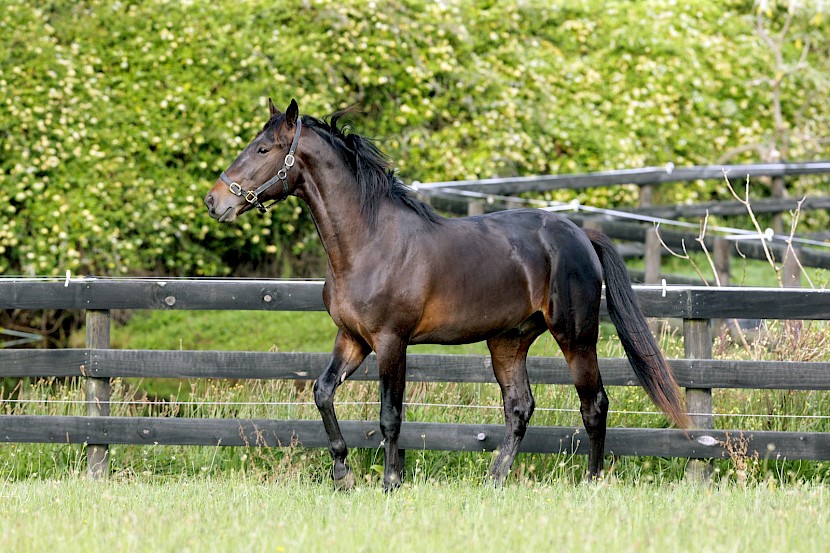 Ray Green: “He’s a lovely horse who goes well but we gelded him last week because he was getting too heavy topped and was starting to get a bit aggressive so we decided to nip that in the bud.” 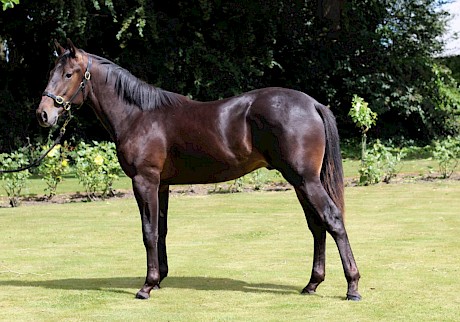 Franco Nandor is from the Spreydon Lodge family of the big winner Nearea Franco, the winner of 11 races, including the Group I Queen Of Hearts. She was crowned four-year-old mare of the year in 2007-08, and is the dam of Nike Franco (30 wins) who has paced 1:49 in the United States.

He is the first foal of the one-race winner Nicaea Franco. His third dam No Paba left eight winners. 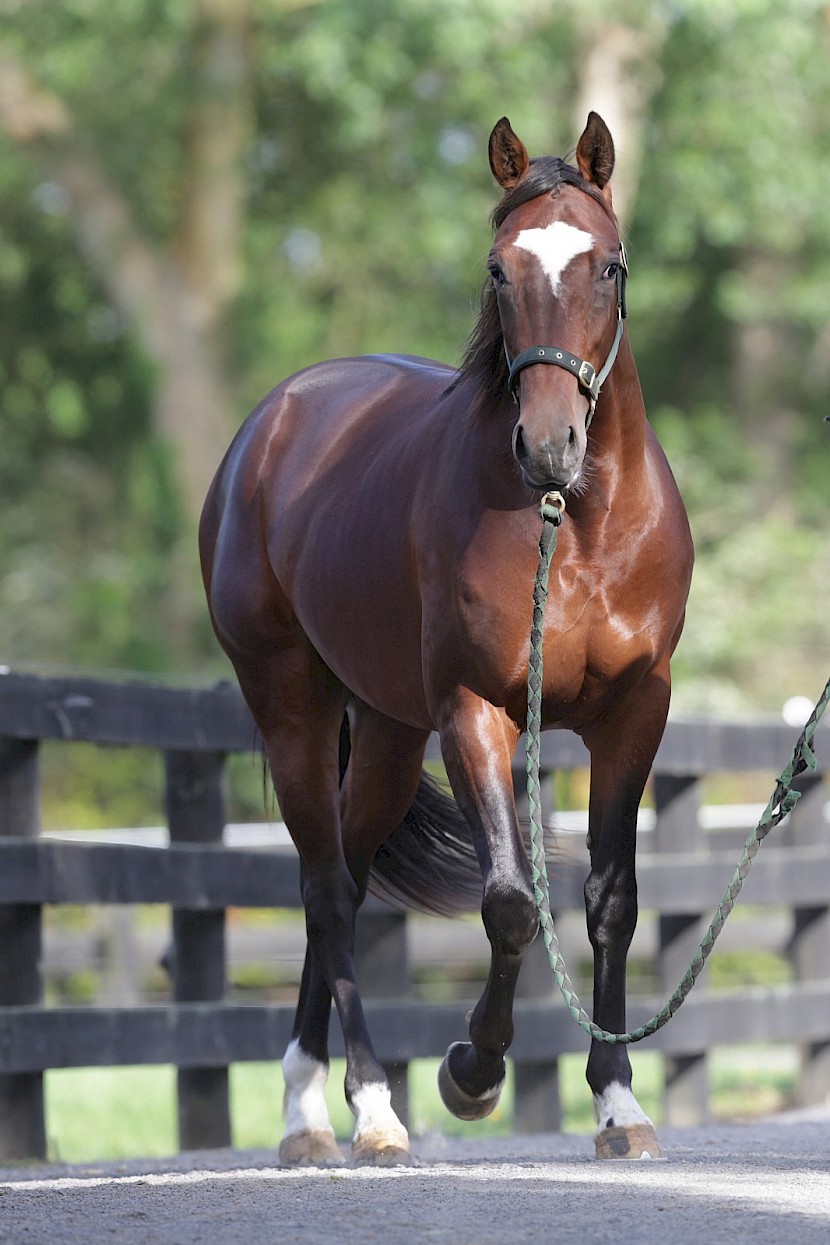 Ray Green: “Early on I thought he’d be a Young Guns horse, and he probably still will be, but not for the first couple of heats. We trained him down to 2:10 and he was nicely gaited but was a bit of a wanderer. He’s grown a lot since the yearling parade in August and is on his way up again.” 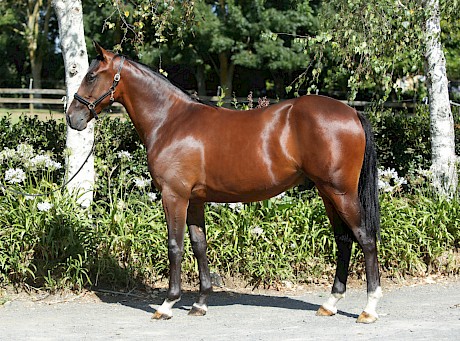 This cracking colt’s half sister The Orange Agent dominated her age group, winning 13 of her first 19 starts and 18 in all, including four Group I races.

He is the eighth foal of the mare Lady Fingers, who has had four to the races for four winners, the most recent Australasian record-breaking filly Cheesy Fingers, who posted a 1:50.3 mile at Menangle in January within days of landing in Australia after being sold out of Bunty and Gareth Hughes’ stable. 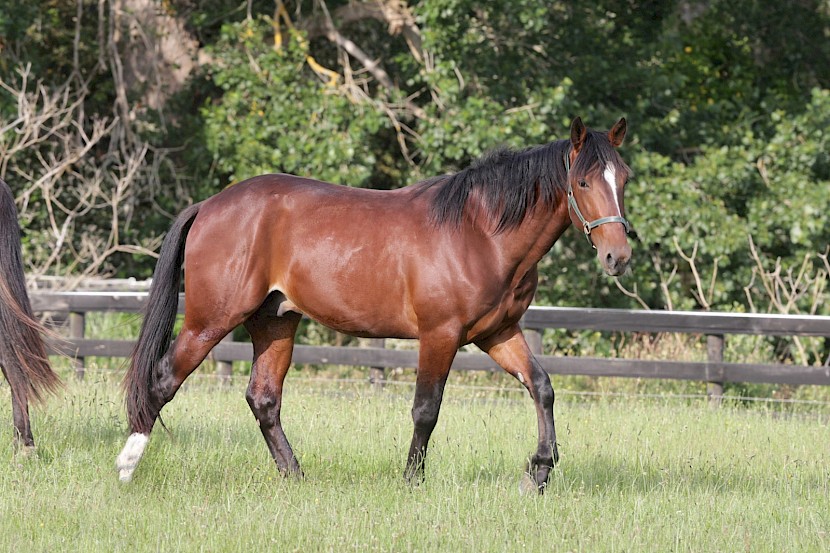 Ray Green: ”He’s a nice pacer but is quite immature and we gelded him last week. He’ll come to it later.” 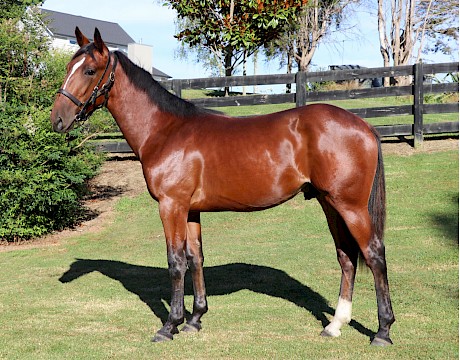 This colt’s full brother is the smart Double Or Nothing, one of the best of Lincoln Farms’ juvenile team last season.

His dam Love A Gamble has already produced nine-race winner Let It Ride, a star of the Tim Butt stable in Australia where he has won two Group I races, the Breeders’ Challenge Final in Sydney and Blacks A Fake in Brisbane. 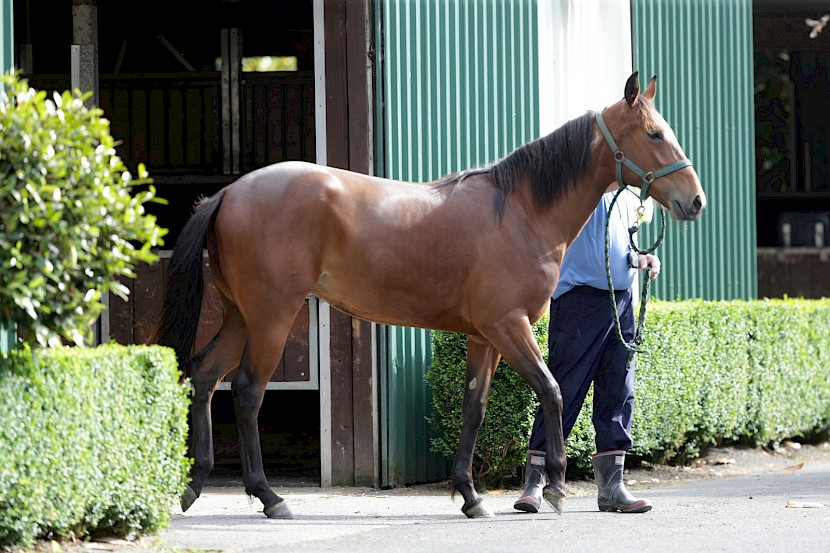 Ray Green: “She’s shown us plenty and looks like being our best filly. She’s quite fat and we’ve had a bit of trouble with her tying up but I expect her to be very competitive in the fillies Young Guns heats.” 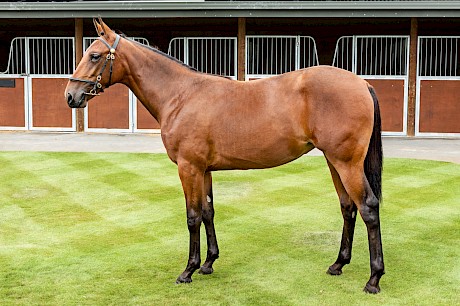 Captaintreacherous, a son of the ill-fated champion stallion Somebeachsomewhere, hasn’t yet had any progeny to the racetrack in the southern hemisphere. The winner of 21 of his 26 starts at two and three he was, however, the leading sire of juveniles in the United States last year.

This filly’s dam was unraced but her granddam Andress Blue Chip is a virtual household name in the harness breeding world, her pinup offspring the freakish filly Carabella, who won 17 of her 19 races. 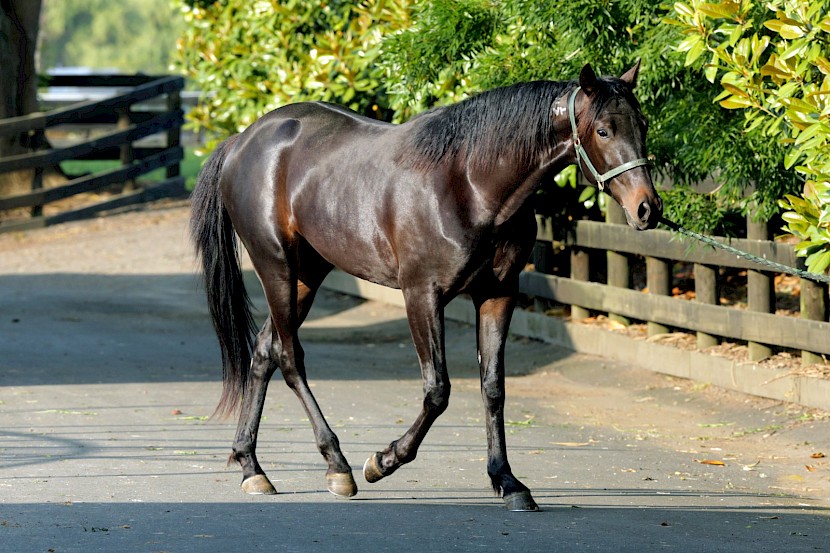 Ray Green: “He’s about to start fast working again. We trained him down to 2:10 and he wasn’t quite coping - he’s a typical American Ideal and was changing stride - but this time in he should be much better. He’s a lot bigger than Hard Copy and is the closest to him conformation-wise than any of his other siblings.” 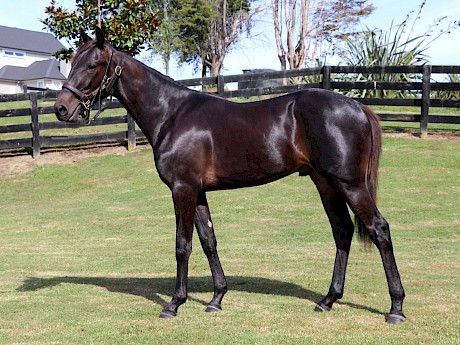 This colt is a full brother to the West Australian superstar (My) Hard Copy who was bought by Green’s wife Debbie for $4000 before his sale to Australia where he won 27 races and $1.27 million. 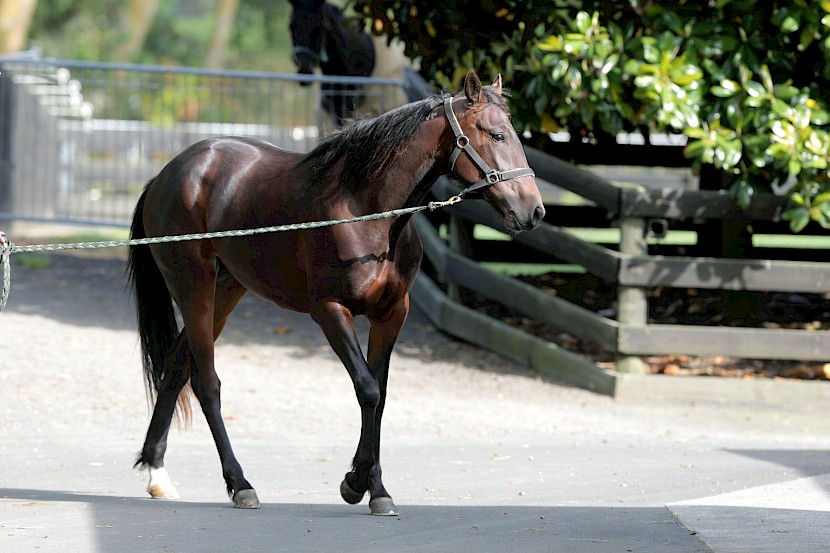 Ray Green: “She’s only a little filly but she’s got a bit of speed and could make a Young Guns horse. She got down to 2:10 last prep, a half in 60, and enjoyed her work.” 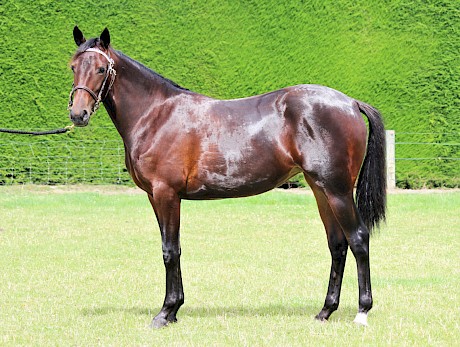 Themightyserena is the second foal of Themightykendall who is a sister to champion pacer and multiple Horse of the Year Themightyquinn (58 wins, A$4.5million).

Further back in her pedigree are the big winners Excitable (29 wins) and Group I winner (Our) New Life (22 wins).