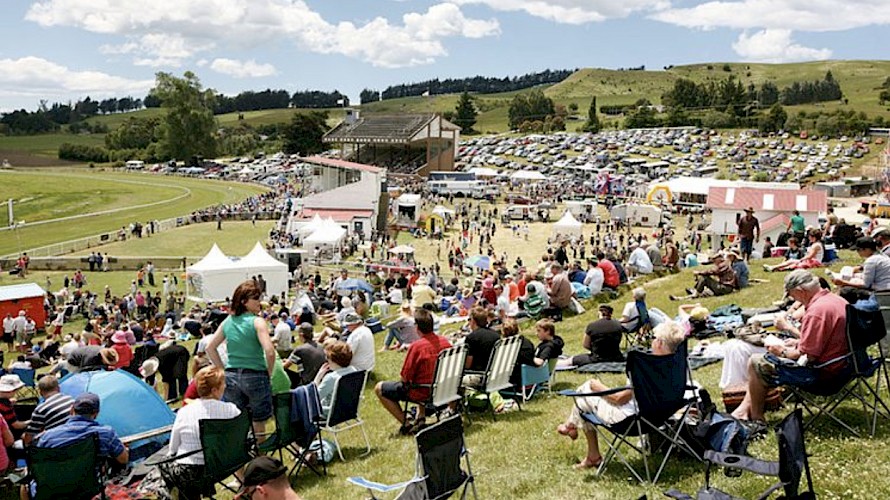 Picnicking at iconic country racetracks like Waikouaiti is on the way out.

Check out where, when and how many times they’re racing in the 20-21 draft harness dates 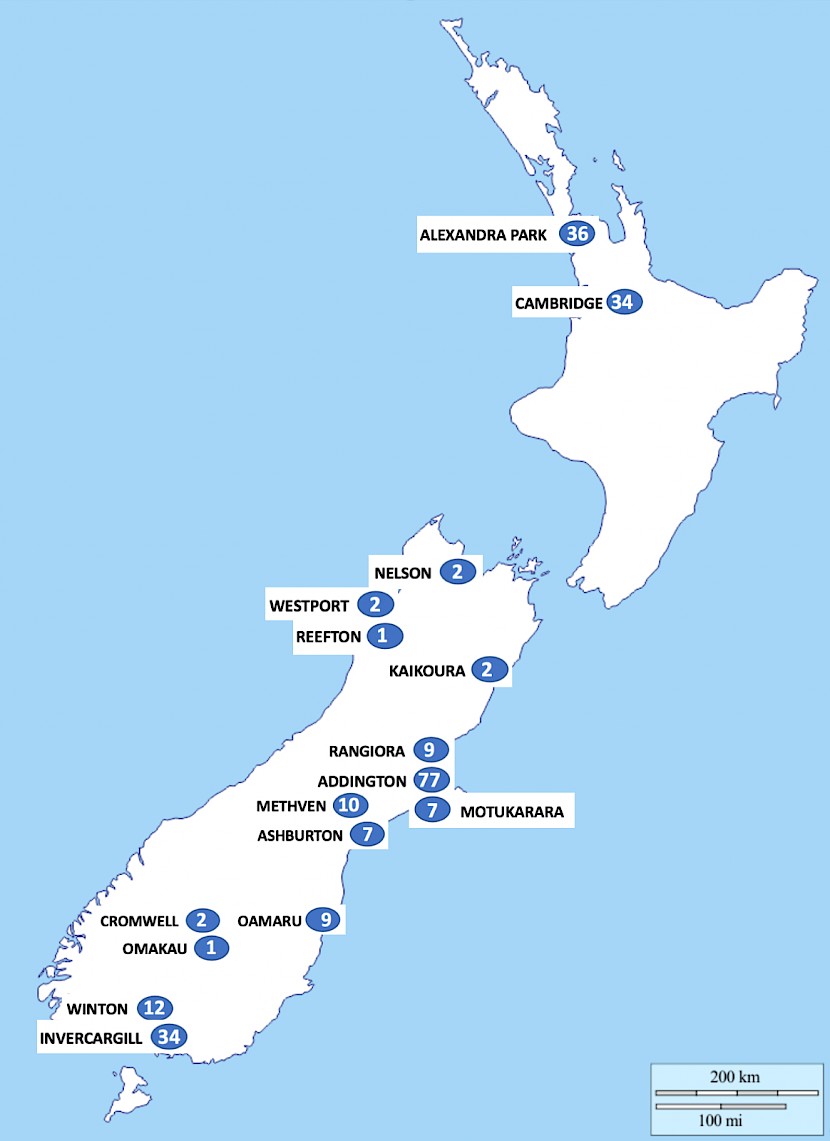 The Auckland Trotting Club is happy that it will retain 29 Friday night meetings in the draft calendar released for next season.

Alexandra Park will host 36 meetings, down only a few on this season but, most importantly, vice president Jamie Mackinnon says it keeps its familiar end of week presence.

Auckland has 16 Friday night meetings to itself, and another 13 in tandem with Addington, on the best punting night of the week.

And while Auckland will share Thursday nights with Cambridge through August and September, when Addington has sole grip on Fridays, Mackinnon says it won’t matter so much with the public not expected to be allowed on course by then under the COVID-19 restrictions.

“When the public comes back the Alex Bar will be the focus for generating food, with our Function Centre firmly closed, but just like other places we’re not expecting people to rush back as soon as we open the gates.”

Mackinnon says the main thing is the calendar provides regular racing for horses in the Auckland region.

Cambridge Raceway will host 34 meetings next season under the proposed dates, up six on the present season’s allocation.

CEO David Branch said in essence the club will be racing fortnightly, with 27 Thursday night meetings.

“We’re pretty happy to see some consistency in our dates which is what we have been after for a long time.

“We have an average of 170 horses trained at our Cambridge Raceway and Scott Reserve (Morrinsville) training centres which will be well catered for between ourselves and Alexandra Park.”

Branch said it was disappointing, however, to lose its traditional Christmas Eve meeting for both harness and greyhounds.

No dates have been allocated in the Central Districts but local officials are hoping their submissions on running dual code meetings at Palmerston North with the greyhounds will be approved.

All of the grass track meetings on the traditional summer country circuit have disappeared.

The South Island landscape also loses much of its country flavour with only two weeks around Christmas-New Year providing opportunities for picnickers to enjoy the small country tracks.

From Boxing day on there will be two meetings at Westport, one at Reefton, one at Omakau, two at Cromwell and two at Nelson.

Dunedin has no meetings at Forbury Park. 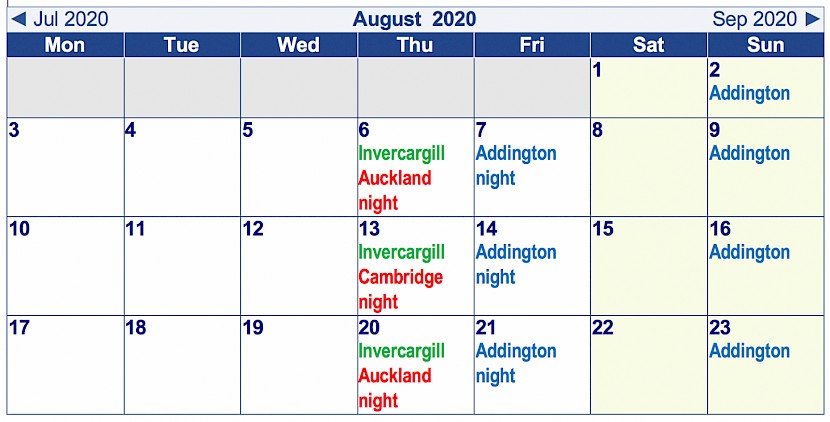 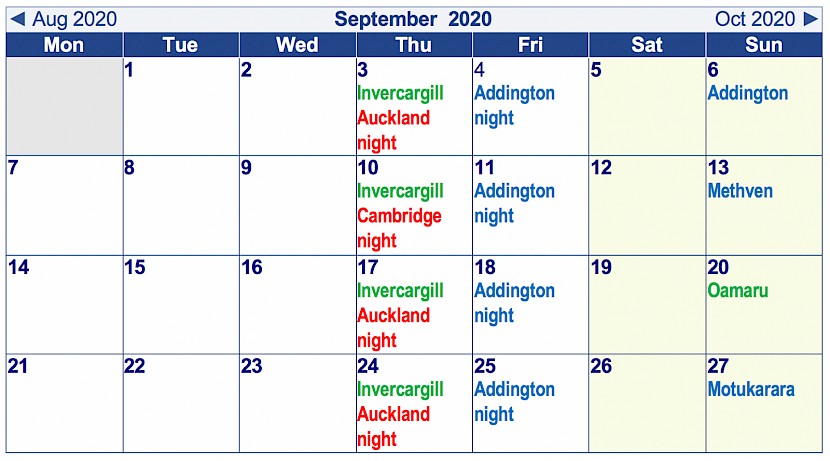 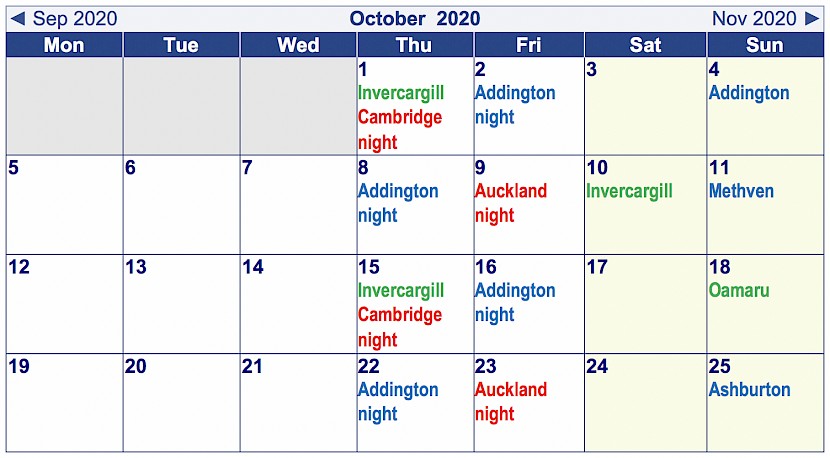 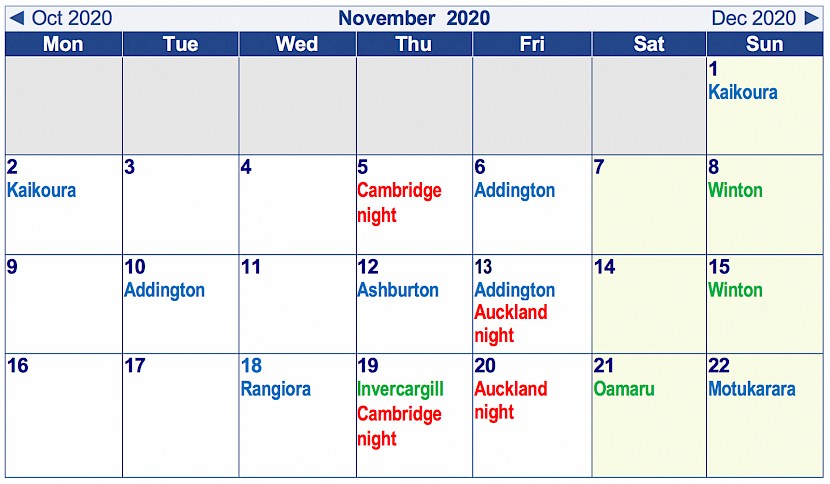 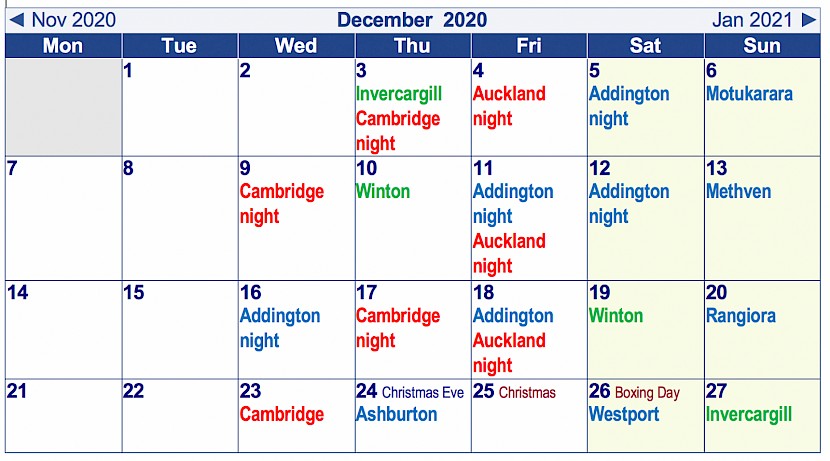 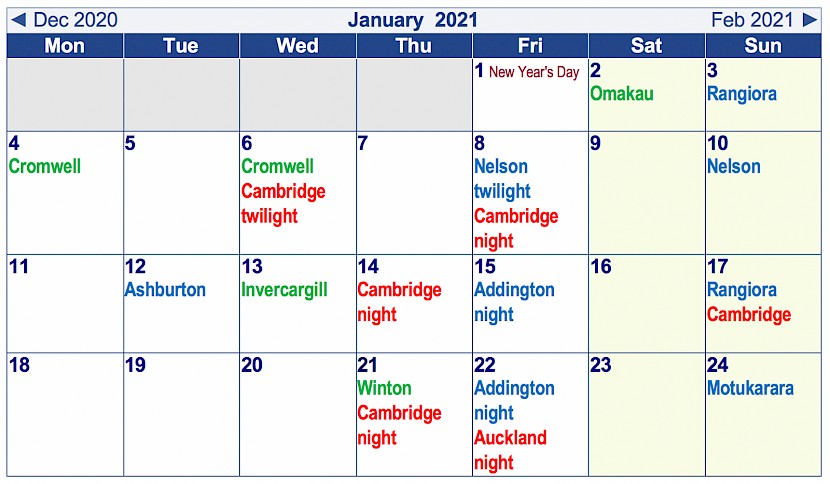 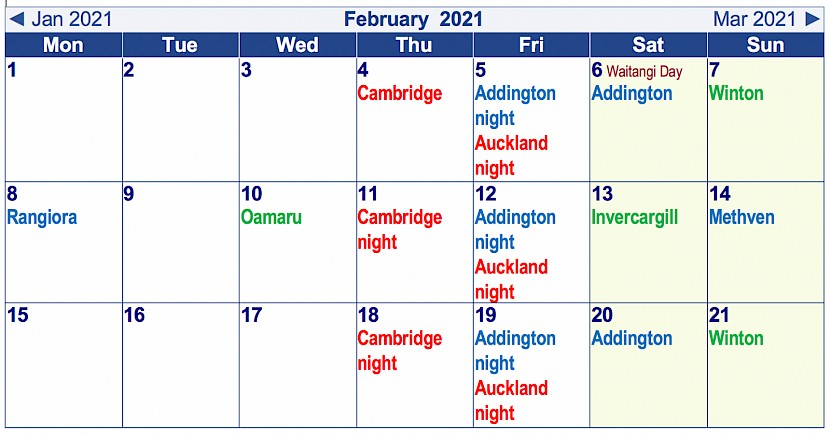 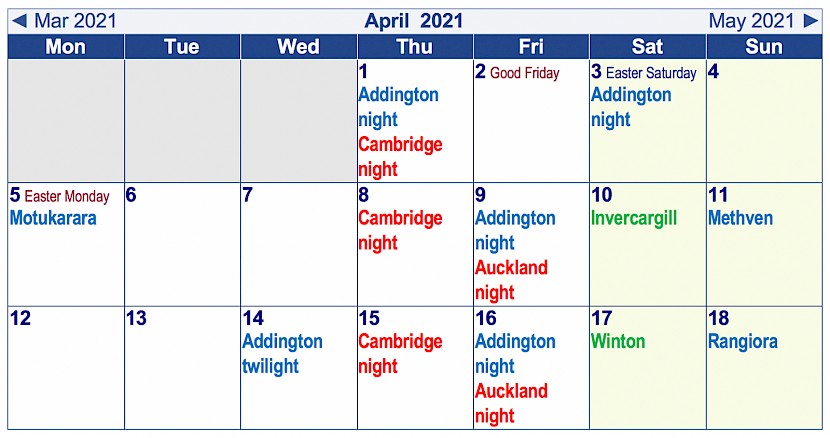 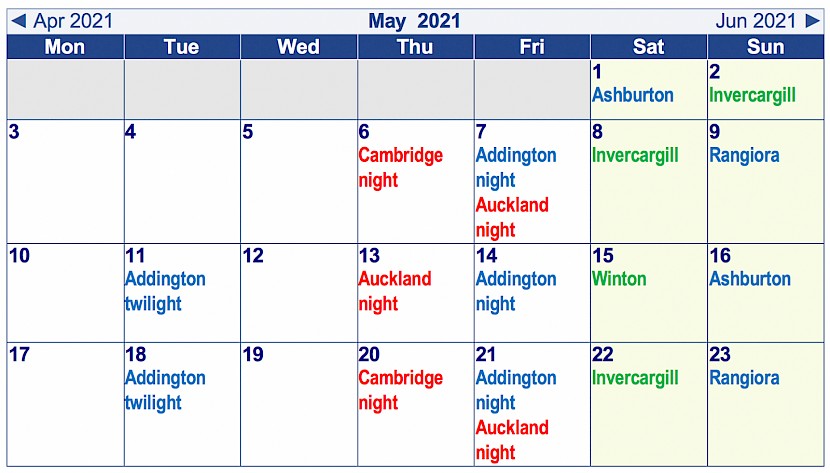 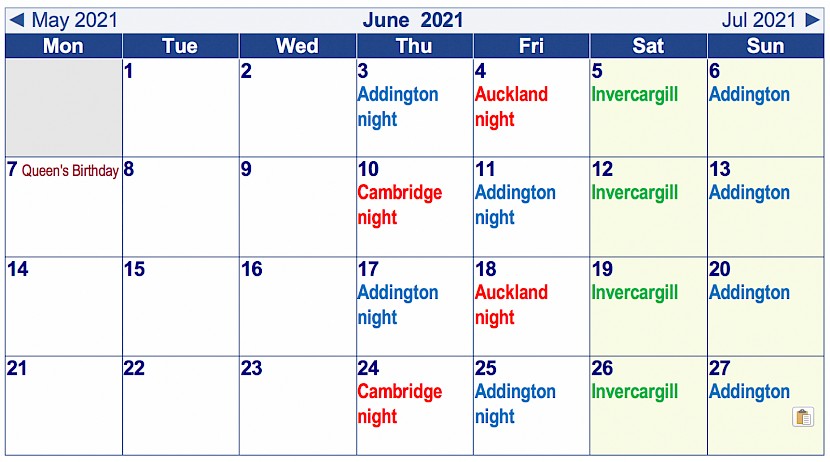 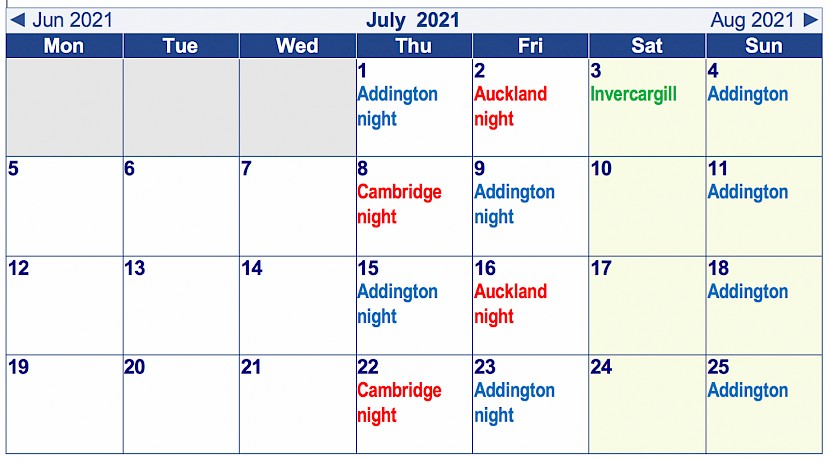