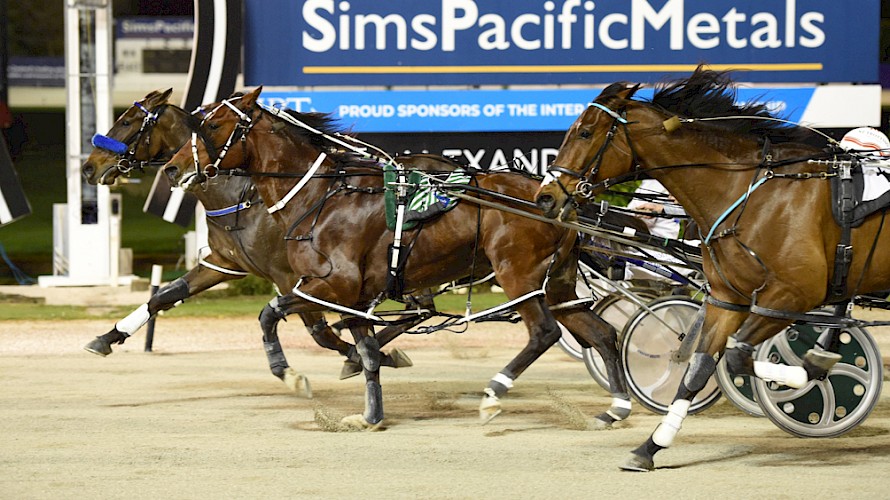 Copy That could stay and wait for flight south, ruling out Ashburton lead-up to NZ Cup

Trainer Ray Green today signalled the possibility of Copy That going into the New Zealand Trotting Cup cold, without a lead-up race in the south.

Green says it is looking more and more likely that Copy That will miss the $47,500 Ashburton Flying Stakes on October 26, a key lead-up race that would gave pitted him for the first time against cup favourite Self Assured.

Green is dead keen to avoid a gruelling road trip to Christchurch for both Copy That and Sires’ Stakes contender American Dealer and at this stage the only flight south is on November 4.

That also means Copy That would miss the traditional cup trial which is held at Addington the same day.

“The road trip doesn’t do it for me and at the moment the only flight that is looking likely is on November 4,” Green said. “There could be one sooner but it depends on whether Qantas comes on stream and we won’t know that until next week.”

Green says missing the Ashburton race would give him the chance to give Copy That a little freshen-up.

“I can find something else to give him a final shape-up either before he goes south or down there.

“And it’s not crucial that American Dealer goes down early, he has two Sires’ Stakes heats he can run in up here.”

Those qualifying events are being held at Cambridge next Thursday and at Auckland on October 23.

Green believes Copy That ($1.60) is still the one to beat in Friday night’s $22,500 Holmes DG at Alexandra Park, despite his surprise defeat two weeks ago in the Spring Cup.

Forced four wide round the home turn, Copy That lost three lengths on the leaders and hit the line hard to go under by just a head to Mach Shard.

Green was not 100 percent happy with the way the horse paced on the bends that night but says some maintenance vet work in the interim has rectified the issue.

“We’ll know more after the race of course but he seems good this week and I don’t think it will be a problem again.”

Green isn’t worried that Copy That has yet to win at 2700 metres.

In his only two attempts at the longer trip he was “a good thing beaten” when second to Amazing Dream in the Northern Derby, and then was pulled up mid-race when resuming on July 1 after hitting the sulky and over-racing ferociously. 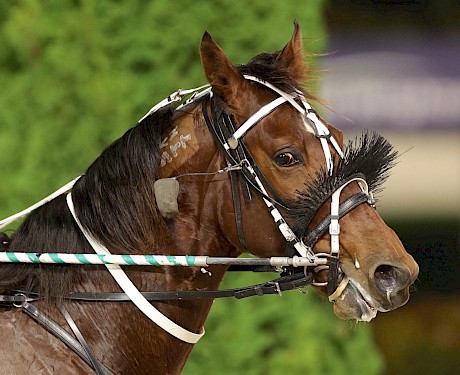 Copy That might not have been as explosive as we’ve become accustomed to last start but his closing sectionals give a better picture of how well he is still going.

The one who went better on the clock, who could be the big improver on Friday night, is Star Galleria ($10).

Steven Reid’s injury plagued seven-year-old rattled off his last 800 metres last time in 53.9 to get within a head, half a head and a neck of the winner.