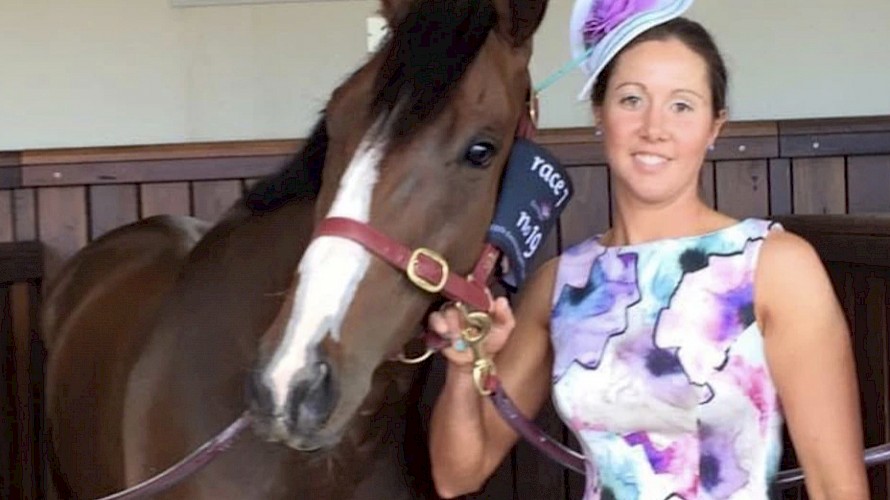 Laura Dixon with Prince Of Penzance whom she nursed back to health after a colic attack. He went on to win the Melbourne Cup.

X-rays taken yesterday show Copy That’s fracture is starting to heal but he still faces up to another two months confined to his box.

Trainer Ray Green, who visited the horse again today at Laura Dixon’s Dowling View equine rehabilitation centre near Ballarat, says everything is going to plan with the horse’s recovery.

“It doesn’t look bad. You can still see the crack in his splint bone but it’s starting to put down bone without excess. And he’s sounder on walking and to touch the leg.

“We’ll X-ray him again in another three weeks and hopefully see further improvement. But he could be looking at another two months in his box.”

Green says Copy That is in the best place, just five minutes from the renowned Ballarat Vet Clinic and under the care of Dixon who has rehabilitated some of the biggest names in racing.

Dixon nursed Prince Of Penzance back to health after a colic attack and he went on to win the Melbourne Cup.

She also saved Kings Will Dream from a displaced pelvic fracture and helped to get him back to racing less than 12 months later, winning the Turnbull Stakes and booking his place in the 2019 Cox Plate.

Former Kiwi Humidor, who broke down just days after running third behind Winx in the 2018 Cox Plate, was another of her success stories.

Green says Dixon’s boxes are three times larger than the ones at Lincoln Farms, allowing Copy That plenty of room to mooch round.

“There are other horses in the barn with injuries but nothing right next to him, which is good because he doesn’t need to be kicking the walls.

“He’s a good little fella to deal with, and he’s coping well, but it’s a long time for the poor bugger to be cooped up.

“He’s done just over three weeks now and, when it starts to heal more, he can move into a bigger area. Then he might be able to start doing a bit, maybe on a walker.

“I’m not sure when he can travel but, ideally, I’d like to see him come home and finish his recovery there. But we won’t be fast-tracking anything and risking stuffing things up. It’s a long process but people come out of prison and they survive so it’s not the end of the world.” 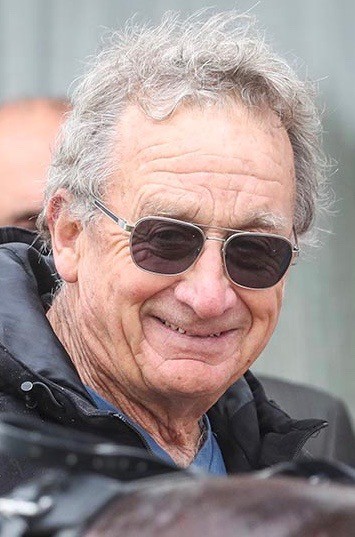 Ray Green … frustrated at being stranded in Australia.Stranded by Covid

Green is feeling like he’s imprisoned too, unable to return home because of Covid travel restrictions.

Green missed out on a spot in MIQ at last week’s release of 1250 rooms, when 16,617 people joined the lottery for March and April spaces.

Told no-one entering from Australia would be accepted, Green even investigated flying home via Fiji or Singapore.

This morning he tried to advance an attempt to gain an MIQ exemption, despite knowing that very few people have been successful.

“It’s a nightmare. I tried phoning this morning and was on hold for an hour and a half and never got a response.

“To be fair, I did get to talk to someone the other day and, while they were extremely nice, they couldn’t do anything for me except give me advice on links.”

Green, 76, says the entire online process is a complete circus.

“Just logging in is a major coup. Because I originally logged in on my cell phone they won’t accept anything I submit on the computer, which makes it even harder.

“Then they want to know flight details but there are no flights. And if you don’t fill in those fields, they knock you back. It’s all very frustrating and no-one seems to give a toss.

“I can see I’ll have to join a motorcycle gang and cause a bit of mayhem then I’ll get deported and be on the next flight home.”

Fully vaccinated Kiwis in Australia were hoping to return home MIQ-free from January 16 but the Government’s plan to re-open its international borders was pushed out to the end of February after the Omicron variant spread globally before Christmas.

A temporary emergency allocation category has just been implemented for New Zealanders in Australia who face significant and severe hardship if they do not return to New Zealand in the next two months.