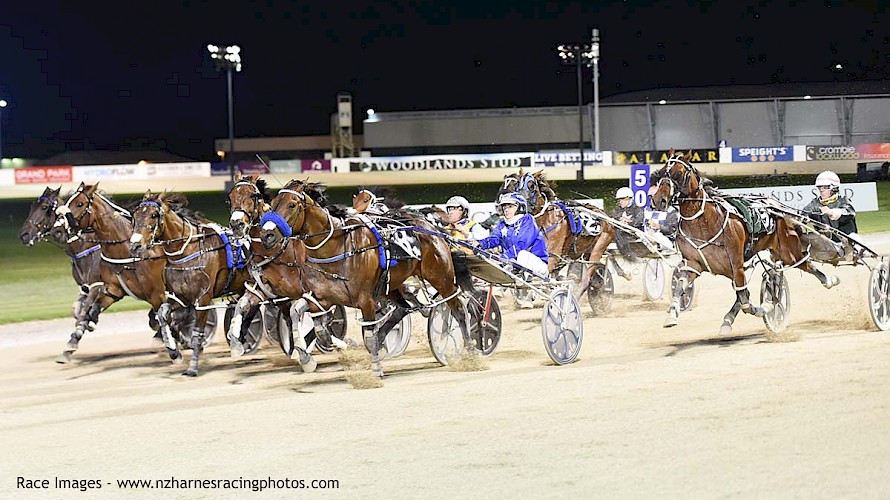 Five horses are spread across the track near the finish of the Franklin Cup but it was the run of Copy That, widest, that really caught the eye. PHOTO: Megan Liefting/Race Images.

Trainer Ray Green admits the start will be the most nerve-racking part of Thursday’s $200,000 Woodlands Auckland Cup at Alexandra Park.

But Green isn’t so much worried about how his favoured runner Copy That will step from behind the tapes, rather whether he’ll be taken out by a rival.

“Of course I’m nervous. I’m nervous about any standing start. They’re a boil on the arse of common sense. I can’t believe they still do them. They’re a joke.”

Green is understandably critical of standing start cups where good or bad luck at the start becomes more important than the ability of the horses competing.

Copy That and a bunch of other horses virtually motionless in the inside barriers were left behind in the New Zealand Trotting Cup when starter Peter Lamb allowed horses drawn out wide to have what could only be described as a run-up start.

And while the procedure used in the north won’t see that repeated, Green still fears the unexpected.

“We don’t need the starter letting them go when he’s on the back foot or something squeezing us up.”

Ironically, the least experienced standing start horse in the field is right alongside Copy That - the All Stars’ second favourite Amazing Dream drawn three and yet to see the tapes on race night. 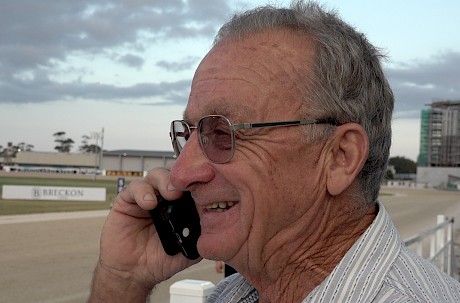 Ray Green … standing starts are a joke.“She’d want to step better than she did at the trials the other day. There’ll be a lot more activity at the start with eight or nine of them milling around.”

Copy That made a far faster start than Amazing Dream at the Pukekohe workouts 10 days ago when the pair were the only ones on the 30 metre mark.

Amazing Dream, angled in, lurched a couple of times for Mark Purdon before finding her straps and settling a clear last.

Copy That, on the other hand, paced away stylishly for Maurice McKendry, before ripping home to win the heat very easily.

“He’s never not stepped and he’s getting better at it. If he steps as fast as I know he can and gets the early lead then it could be game over. He’s never been run down yet when he’s made the front.”

Green is not worried about the runner on his inside, Matt Damon, whom trainer Robert Dunn describes as a good beginner, all six of his wins being from a stand.

Green is delighted with the condition of Copy That who roared home late in his final lead-up, the Lincoln Farms Franklin Cup, his final sectionals of 55.7 and 26.4 the best in the race.

“I can’t fault him at all. He trained a little bit this morning, nothing flash, just a sprint up the straight. And he trained well on Saturday.

“I’m expecting him to go well. He appears to be in good shape, as good as I’ve had him - certainly as good as before he won at Ashburton, if not a little better.” 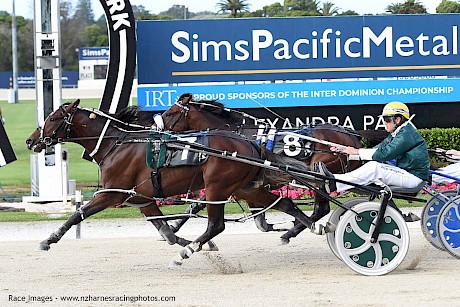 Green refuses to raise the white flag with American Dealer ($3), despite the horse having drawn the outside of the gate in the $200,000 Harness Million.

But Green says he’ll be leaving the driving tactics entirely to the man in the bike, David Butcher.

“Butch is a very good driver and knows the horse like the back of his hand. And the field is no better than the one he beat last time.”

From seven on the gate, American Dealer went back in the Alabar Classic and was still a fair way from the leaders turning for home before unleashing a withering sprint to win, going away.

Green knows the Purdon-Rasmussen trio drawn three of the inside four barriers, have a big advantage but he sees their fourth runner Shan Noble ($4) as the one to beat.

“Shan Noble has drawn badly, one on the second row, which will inconvenience him, but he’s clearly their best.

“It will be an interesting race.”

Green’s second string, Captain Nemo ($51), while promising, has not yet shown he is up to the topliners.

“Captain Nemo is not as good as them. He’s a race or two short of being a serious horse. He’s really only going around to collect the appearance money.”

Green says Captain Nemo would need a perfect trip to have any chance of getting some of the major money and from six on the gate that looks unlikely.