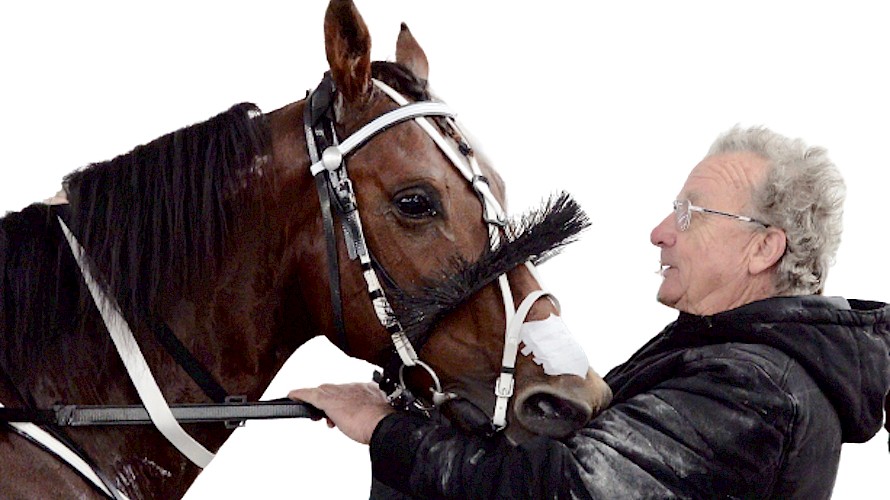 Trainer Ray Green with Copy That, whose Victorian campaign has hit a snag.

Copy That’s Australian campaign has had another setback, an injury forcing him out of tonight’s Sokyola Sprint at Ballarat.

Trainer Ray Green does not yet know the extent of the damage to the horse’s off hind leg and what impact it will have on the rest of the horse’s summer campaign in Victoria.

“It’s a bit of a worry as he’s very lame,” said Green after discovering the horse must have kicked out at a rail in his paddock.

“He can barely put his foot to the ground and I’m just waiting for the vet to come.”

The injury, just below his hock, is the latest blow in a campaign which Green says has been a disaster from day one.

First Green’s departure from Auckland was delayed a day because of Covid paper work, preventing him from overseeing the horse’s prep for the Cranbourne Cup or even attending the meeting.

Then in last Saturday’s race, Copy That endured a torrid trip before weakening to last.

Green had been confident the New Zealand Cup winner was back to his best, however, the way he felt in training last week.

“It’s an occupational hazard. You have to be philiosophical about these things or you couldn’t do this job.

“The best scenario is he makes a quick recovery and we can continue his campaign without too much interruption.”

Copy That’s main mission is the A$500,000 Hunter Cup on February 5 and his choice of lead-up races includes: