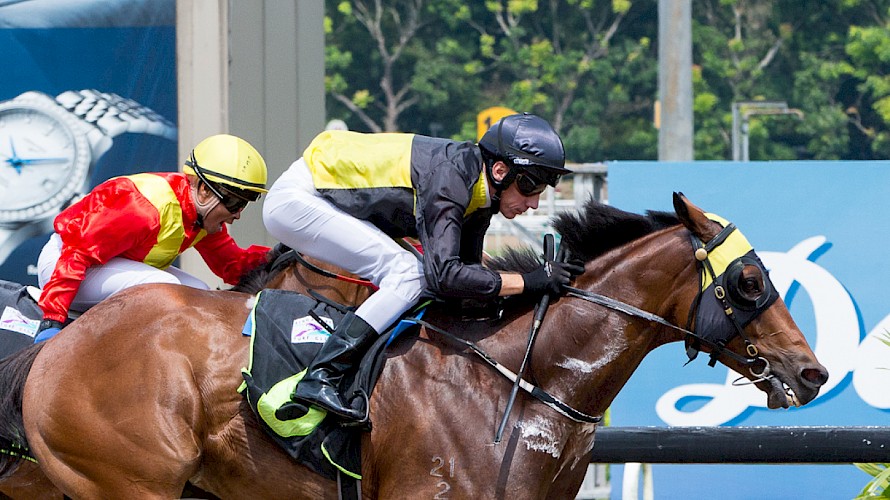 Darci’s Boy limited but he can go close again at Kranji on Sunday, tips Shane

Darci’s Boy goes up in weight and meets a slightly stronger field than he beat last start but trainer Shane Baertschiger still expects him to go close at Kranji on Sunday.

Darci’s Boy sprung a surprise when he was able to win on April 19, competing over only 1100 metres on the polytrack, thanks to jockey John Powell being able to get him up stalking the leader.

And if he can lead or be close to the pace again, from his good four alley, Baertschiger says he won’t be surprised if he wins again.

Darci’s Boy has to carry 58kg this time, an extra 2.5kg, but he gets an extra 100 metres which will help, according to Baertschiger, who says ideally the horse wants at least 1400 metres on the grass to show his best.

“Hopefully after this I’ll be able to find a more suitable race but he’s still in class 5 and the field is only slightly stronger so I expect him to be right there. 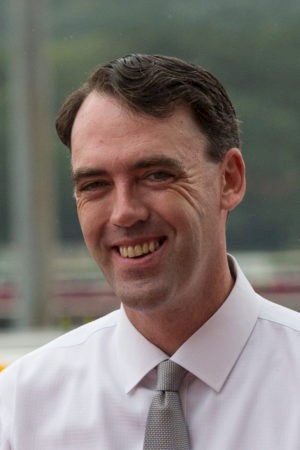 Now six, Darci’s Boy has won only three times from 33 starts but since joining Baertschiger this preparation he has looked a rejuvenated animal, running third first-up then scoring last time.

“He’s training well and this is a winnable race for him.

“The topweight Super Win, who carries 60kg, is the other one with speed in the race but he’s only a one-race winner.’’

Darci’s Boy doesn’t feature among the selections of Singapore’s tipsters but on the club’s website he gets top billing:

DARCI’S BOY (7): Won last start with a lot in hand. Has since risen in ratings points but finds conditions to suit yet again stepping up in trip. Expect bold showing.

TAVITO (4): Has been racing well without winning in recent outings. Needs luck from the wide draw but has the ability to contest the business end. Major player.

SUPER WIN (1): Broke maiden status last start. This assignment is tougher but must be respected with a repeat dose. In the mix.

HEAVENLY HAND (8): Hard to knock on recent efforts. Well drawn to get an economical run, so keep safe for the minor end.