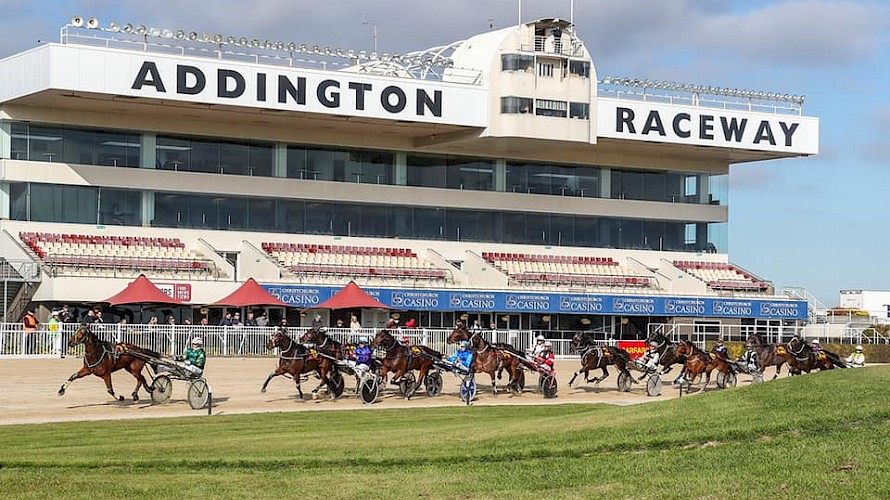 Harness racing has been playing out to empty stands at Addington but its turnovers have surprised. PHOTO: Ajay Berry/Race Images.

A ray of light has emerged for the racing industry with betting on harness meetings stronger than expected since racing resumed 12 days ago.

With 12-race cards, and the prime betting slot, Addington has returned figures of $1.17 million and $1.01 million for its Friday meets.

“It’s certainly better than we thought it would be,” says Williams.

“I’d like to think betting will keep going up too with still a lot of horses to come back.”

“Once the gallops come back on Saturdays it could be different of course. If people are wanting to have a bet on New Zealand racing at the moment they could be betting on the trots by default.”

While there were only 46 horses in six races at the first meeting on a Thursday at Auckland, Williams says to generate an average of $62,000 per race wasn’t too bad.

And Cambridge also got a tick on its Sunday card, with 95 horses in nine races attracting $582,000.

Thursday’s meeting at Cambridge will see 106 runners, a sign that more northern trainers have their charges nearing race fitness.

Williams is hopeful that more of the code’s top liners will be seen out on the racetrack soon too, with the cancellation of the traditional late season Harness Jewels allowing them to be spelled earlier.

Williams is reluctant to read too much into the figures just yet, knowing people’s disposable incomes have been hit hard by COVID-19 and many coming off subsidies might not now be able to afford to gamble.

He points to the tradie who used to have a few jugs and some bets at the pub on a Friday night.