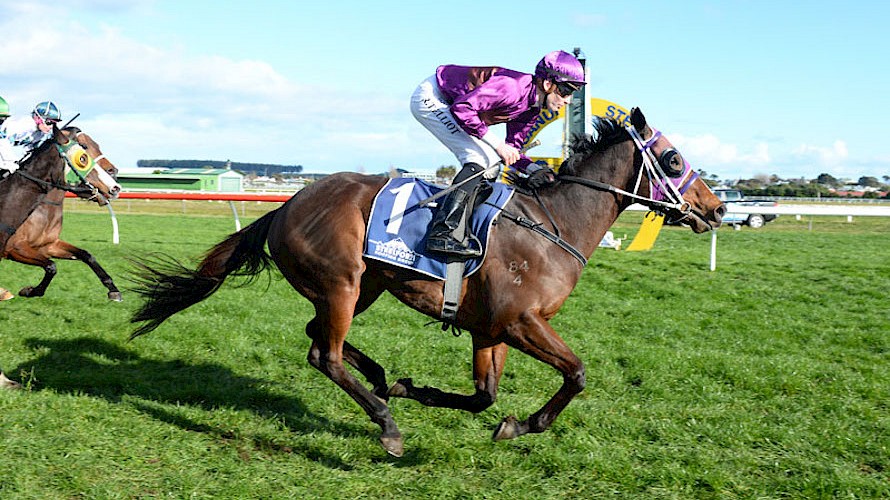 Trainer Lisa Latta won’t be surprised if progressive galloper Lincoln Dreamer notches back to back wins at Wanganui on Saturday.

And of Lincoln Farms’ three runners on Saturday only Johnny Lincoln will be disadvantaged by the forecast which has at least 15 ml of rain falling and is likely to see a downgrade from today’s heavy 10 conditions to a heavy 11.

Lincoln Dreamer revelled in holding, heavy 11 ground at Wanganui on August 18, putting his 1360 metre maiden rivals to the sword in the home stretch, with a last to first burst that signalled a very bright future.

Looser ground should only help the five-year-old, says Latta, who expects the step up to 1600 metres to only play into his hands.

And while he goes up in grade to a rating 65, Latta doesn’t think that will stop him as he shows the potential to really make his mark now he has finally matured and shaken off knee issues which held him back.

Latta has booked talented hoop Ryan Elliot to ride Lincoln Dreamer again after his strength proved the key to winning last time. Under vigorous riding 600 metres from home, the Savabeel five-year-old really picked up and, given an uninterrupted run right down the outside fence, swept past his rivals to win by one and three-quarter lengths.

“He’s drawn in 10 which will be an advantage by the last race as I predict they will be coming out wide again.

“I’ll be disappointed if he doesn’t figure in the finish.” 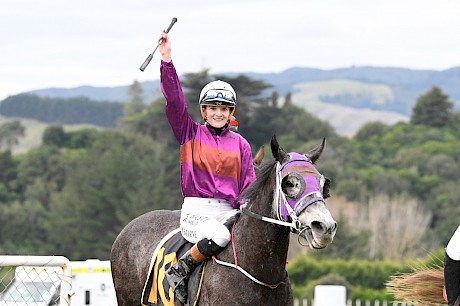 Platinum Volos jumps way up in grade on Saturday. PHOTO: Peter Rubery.Elliot also gets on Platinum Volos in the seventh race but the strength of the field is against the enigmatic galloper.

He jumps from rating 72 company to open class and while on the minimum of 54kg isn’t getting much weight relief on the 54.5 and 55.5 he has carried in his last two starts.

And he is just 3.5kg below seven race winner Miss Lizzie who has been racing in unbeatable form.

But the horse needed to go round as next week’s meeting isn’t suitable being at Awapuni, a track where his tardy barrier manners have been at their worst.

In his favour is he is a past winner at Wanganui and will relish a wetter track.

Johnny Lincoln, on the other hand, doesn’t want more rain in his first run over ground this prep.

While Latta says he goes best over middle distances a lack of suitable races means it has been five weeks since he last ran, when a disappointing sixth of seven over 1600 metres at Otaki.

On Saturday he drops back from rating 82 to rating 72 and gets his preferred 2040 metres.

“He’s looking for 2000 metres but will probably improve with the run on Saturday.”

Johnny Lincoln, who cleared maidens over 2040 metres at Wanganui in 2016, has won only one race since but has racked up 13 placings, a position Latta can see him filling again.