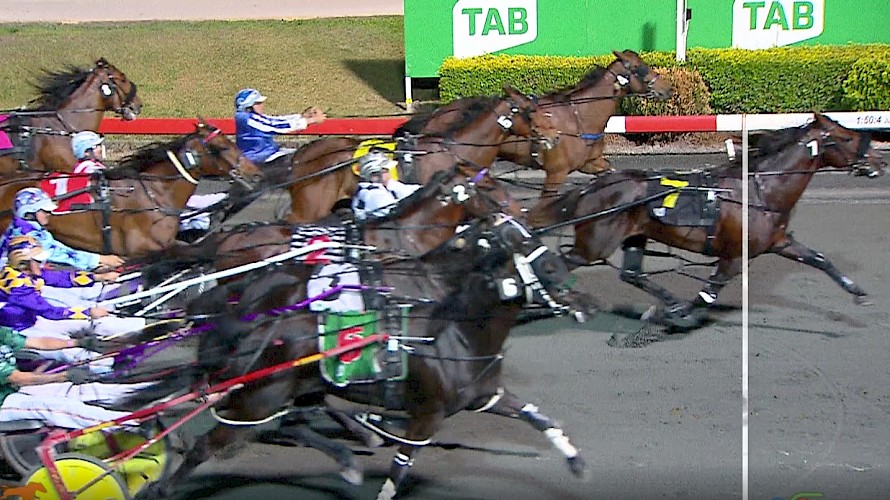 Trainer Al Barnes is hoping for early fireworks at Albion Park on Saturday night so Northview Hustler can again use his dazzling late speed to the best effect.

The Hustler will again start from a wide gate in the third race, one spot inside hot favourite and former All Stars’ pinup Turn It Up.

But Barnes says if he can repeat his run of last week - when he unleashed a whirlwind run from the tail of the field on the home turn for a close third - he can get some of the money again.

The Hustler was taken back that night and driven very quietly by Hayden Barnes before reeling off the fastest sectionals in the race of 54.79 and 26.37, a full second faster than winner Colt Thirty One.

“His run was exceptional. Since the track was redone you’d only see a run from the back of the field like that in one out of 40 races.

“The track is slowly improving but it’s still not binding yet and is heavy.”

And while the hope is that when the surface compacts it will provide good footing in both wet and dry conditions, until then horses will continue to struggle to make inroads on the leaders.

“The Hustler’s chances depend on how the race is run. With the one and three horses having gate speed there could be early fireworks, which would suit him, as we’ll probably drive him the same this week.

“He doesn’t need to go forward and do all the work. And he’s still not 100 percent yet. His coat is still a bit dull.

Barnes has five weeks to peak the Hustler for the first of the three summer carnival features, the Group III A$30,660 Be Good Johnny Sprint (1660m) on November 28.