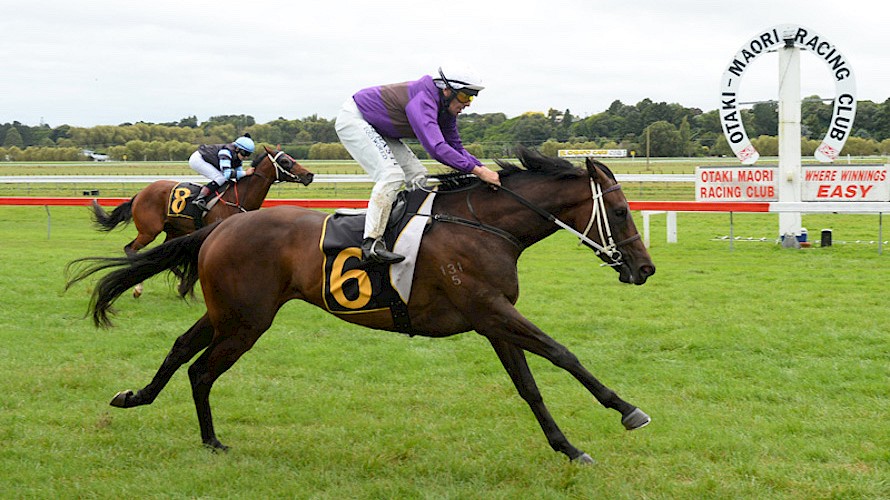 The smart filly leaves Palmerston North tonight for Andrew Carston’s Riccarton stables and will arrive to a dead 5 track, which Latta doesn’t want to improve before Saturday’s $50,000 NZB Airfreight Stakes.

Platinum Rapper meets some talented three-year-olds in the 1600 metre stakes race for fillies but Latta believes she can be a factor on rain-affected footing.

“She’s obviously better when there’s a bit of rain about and there is some in the forecast for Friday morning.’’

The Makfi filly found the dead 4 conditions a little firm last time at Wairarapa but still ran a bottler for an unlucky fifth, just two lengths from winner Awesome Al.

Top jockey Chris Johnson was stalking the leaders on Platinum Rapper turning for home and, just when it looked like the filly could force her way out, she ran in sharply. By the time Johnson straightened her, Pep Torque was alongside and she was blocked again.

Platinum Rapper was never in the clear afterwards and finished hard on the leaders’ heels.

On Saturday Latta is hoping to see a repeat of the finishing burst Platinum Rapper unleashed two weeks earlier when, fresh-up at Otaki, she revelled in slow 7 conditions.

“Back against her own age and sex I think she will be very competitive.

“She galloped this morning and worked very nicely.’’

Platinum Rapper should get every chance with Johnson aboard again from four at the barrier, while several of her main dangers are out wide.