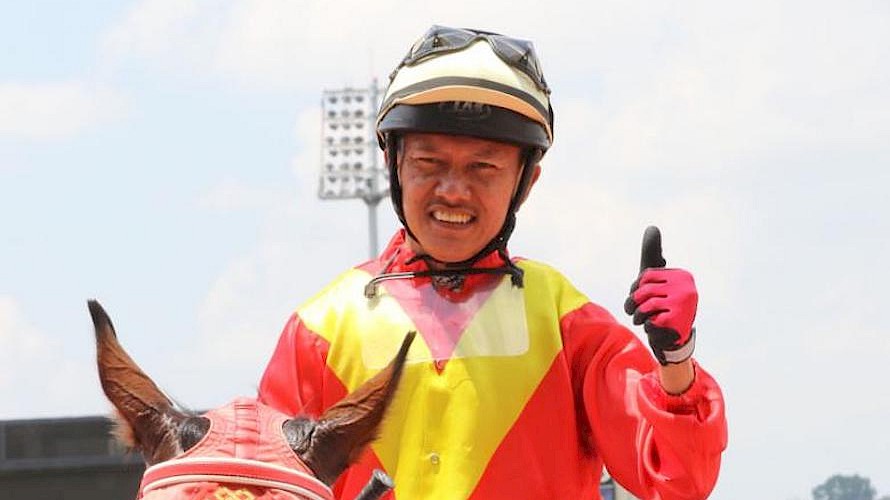 Gray: Saifudin can steer Miracle Time into a place at Kranji tonight

The Alamosa four-year-old lines up in the third race at 12.20am NZ time, with Gray adamant he can put behind him a surprisingly below par run when he resumed last month.

“I was scratching my head a bit after that race,’’ admits Gray of the horse’s ninth placing.

“But Daniel (Moor, jockey) said he blew out about the 200. He probably could have been harder on him but he said no need.

“It was his first-up run for the year and he’s much better than that.’’

In his previous start, on November 20, Miracle Time looked a quick improver when finishing on strongly for fourth over tonight’s 1400 metres.

“Daniel has been riding him in trackwork and he’s very happy with him.’’

Miracle Time will have a change of rider tonight because at 50.5kg, just 0.5kg above the minimum, he needs a lightweight jockey.

With Gray’s own apprentice Ismadi Amirul suspended, he has reached for veteran rider Ismail Saifudin, 49.

“The horse looks fantastic and has improved fitness-wise and I think he’s a good place bet.’’

Donna Logan’s topweight Corsa D’Oro is most favoured by the Singapore tipsters after a fine fresh-up third in January. 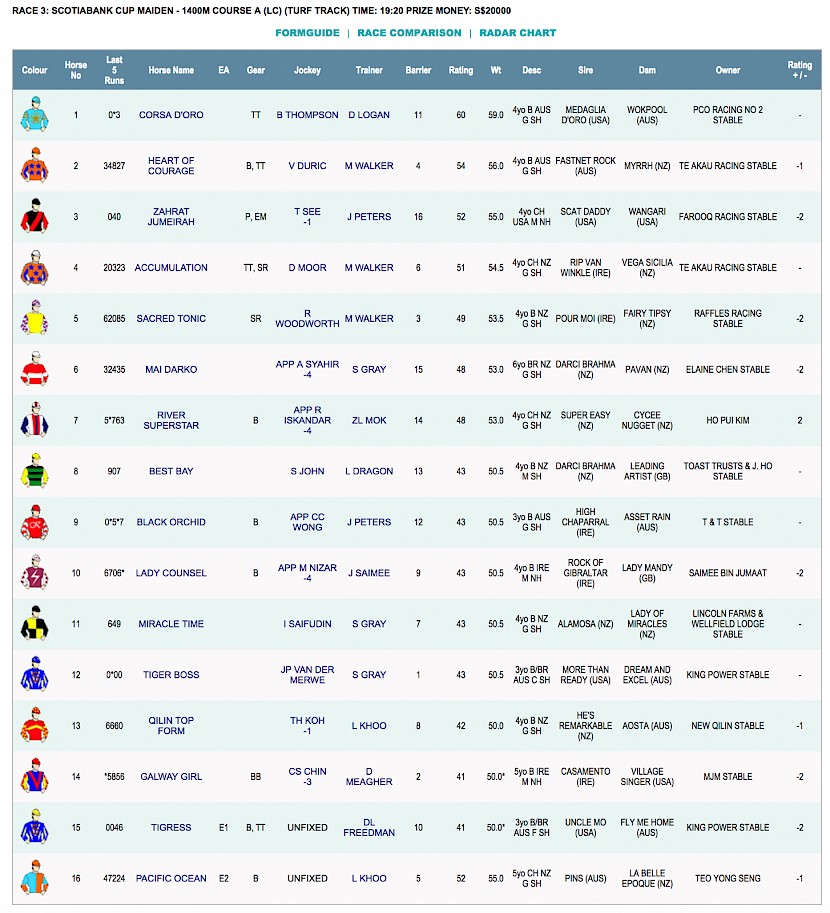