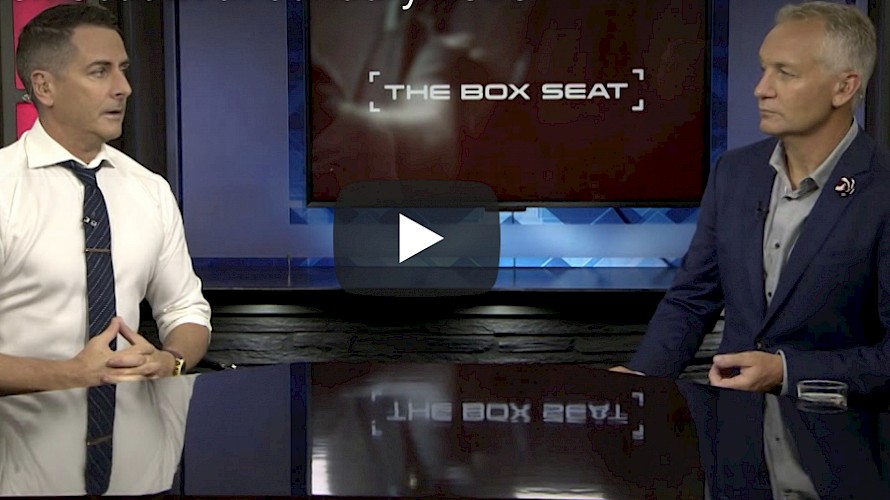 Harness racing’s weekly television show The Box Seat is set for a surprise return next Wednesday - but you’ll have to stay up late on Wednesday nights to watch it on TV.

The Box Seat was one of the many magazine shows which were axed by the cash strapped Racing Industry Transition Agency earlier in the year.

And with the the newly formed TAB NZ now placing a firm emphasis on live racing and punting, the Box Seat looked certain to fill a permanent back seat.

But co-host Greg O’Connor, who resigned from a new post at Addington Raceway to rekindle the show, has since managed to secure enough funding from inside the industry to produce the show himself.

“It will first screen on Trackside at the close of live racing most Wednesday nights and then be replayed on Thursday,” says O’Connor.

“So that means it could be 9pm or sometimes even later on the Wednesday night.”

O’Connor says that could see many people record the show to watch it when more suitable but it will also be available for viewing on the harness industry’s website www.hrnz.co.nz, probably late Wednesday afternoon.

“With people getting so used to streaming and watching shows online I think that will be a realistic option for plenty of viewers.”

O’Connor believes The Box Seat has a huge role to play in promoting the industry as well as driving turnover on harness racing.

“It is also a great vehicle for telling people’s stories and putting faces to the names in harness racing, whether they be premiership winners or a junior driving getting their first success.

“So I was thrilled so many people inside the industry wanted to support it to get it back, including HRNZ and some of the clubs.

“We have a really strong family of sponsors and we couldn’t have got the show back without them.”

O’Connor said he had worked closely with the broadcasting arm of TAB NZ around the logistics of getting the show made and back on television.

“We really appreciate being able to use the same studios and sets because they have been a big part of the show.”

The Box Seat, with regular co-host Michael Guerin re-joining O’Connor on the show, will be recorded on Wednesdays, as it always was, so markets are available to preview races in the coming weekend.

The series is expected to run for 33 shows and is likely to include the traditionally popular The Box Seat special New Zealand Cup preview show.

O’Connor is also working with racing channels and websites in Australia to screen the show to drive engagement with the New Zealand harness industry.