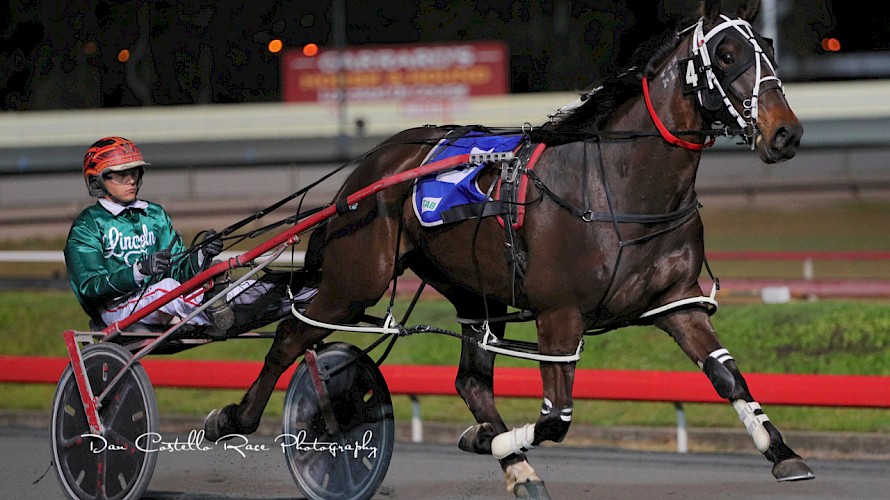 Lady Luck deserted Man Of Action at Albion Park last week but the tough pacer can make amends on Tuesday on a track favouring on-pace runners.

Trainer Al Barnes expected Man Of Action to win from the trail last Tuesday but he was held up before the home turn when the leader came under pressure.

By the time he worked clear, Soho Tsunami had already sprung out of the one-one and sprinted clear. Man Of Action chased gamely but came up 1.5 metres short.

Instead of starting from a restricting second row draw, Man Of Action goes from four this time, sure to be an asset on a track which is playing against back runners after recent renovations.

“The track’s not playing real good - the surface is still very loose and heavy and nothing is making ground from the back at all,” Barnes said. “It needs to break down and compact.”

Barnes pointed to the inability of any runner to make an impression from the rear last Saturday night.

“Even the good horses are struggling. Colt Thirty One, who sat parked, could run home only in 54.9.”

Former All Stars’ pinup Turn It Up tried to improve from the back, three wide with cover, but could get no closer than third, 10 metres behind the winner.

Barnes isn’t sure if Man Of Action can cross to the lead from four - pole runner Our Friend might try to hold him out - but he’s confident the horse can earn a cheque again.

“We’ll just play the start by ear but I can’t see why he wouldn’t be hard to beat again. He’s done a treat, he’s looking well and feeling good.”

Man Of Action certainly has the ability to go faster than last week. In his Queensland debut he was pipped right on the line in a 1:54.1 mile rate for the 1660 metres, 2.3 seconds faster than Soho Tsunami ran last week.

He should be even better suited to 2138 metres this time.

In other stable news, Northview Hustler will resume from a break on Saturday night.

“I ummed and aahed about whether to start him the way the tracks’ playing because he’s a bit underdone but he can go round.”

Man Of Action races at 6.28pm NZ time at Albion Park on Tuesday.