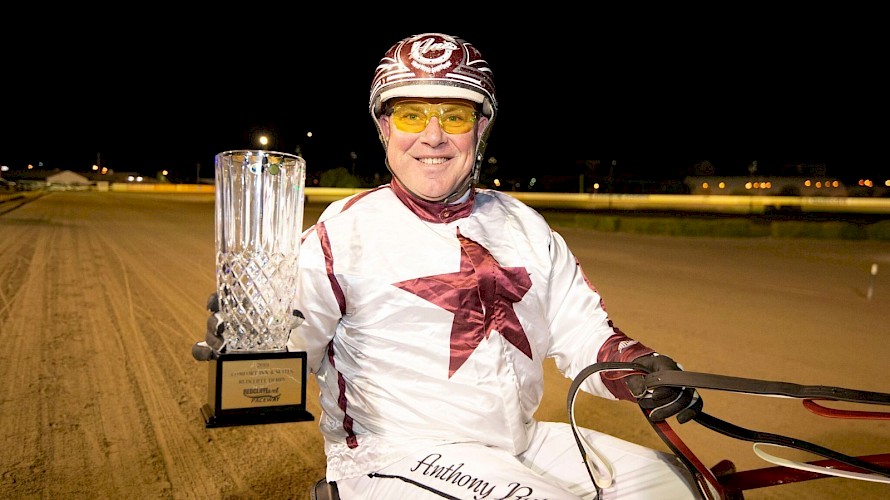 How our own living legend Anthony Butt sees it: Do stewards want us to drive like robots?

Stewards seem to want us to drive like pre-programmed robots and not take any risks, says leading reinsman Anthony Butt.

Butt, who has reached champion status in the cart on both sides of the Tasman, says the kind of charge laid against Maurice McKendry for his losing drive on Simply Sam is a common occurence in Australia.

“It’s all about perception for the punters. Drivers are under so much scrutiny with social media and race replays and sometimes you have to drive badly to please the stewards.”

The moment in question: McKendry, second last, can’t hold the back of Harder Than Diamonds, so switches to the inside.Butt has watched replays of the Alexandra Park race on June 10 and says he can absolutely understand why McKendry chose to shift down the track instead of going very wide.

“You can see Maurice lost the back of the horse in front of him, obviously he wasn’t travelling as well as he’d have liked. And it’s especially tricky on that last bend at Alexandra Park.

“I’ve been in that situation hundreds of times where you save ground on the turn and hope for a run. A lot of the time it’s the difference between winning and losing.”

But the way trigger-happy stewards operate nowadays Butt says it sometimes does cross his mind on whether to take the risk of being suspended and you have to play the percentages.

“But it’s wrong when you think you should be going in, and you don’t, because you know if you don’t get a run you’re in trouble. There might be an 80% chance it comes off and you win the race but there’s a 20% chance it doesn’t and the stewards will sideline you.

“They don’t want you to take risks, they want you to make sure you get a clear run even if it means you run only fourth.

“But I’m always prepared to take a risk and win rather than play it safe and know you can’t win.” 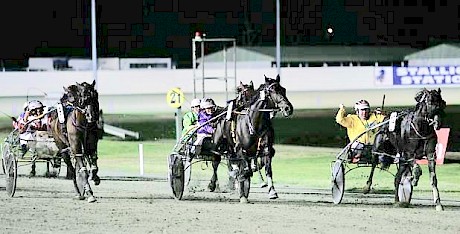 “I went from three wide to the passing lane for a run but if he’d come to the outside he wouldn’t have won.

“That’s what we do. We make split-second decisions and nine times out of ten we get it right. But it’s a fine line between being a genius and a mug. What can be a genius move at the time can be the wrong call 100 metres later because other things happen.

“You don’t have time to think, it’s just bang, you do it. That’s where experience comes into it and you do drive on instinct.”

If you think stewards were harsh in charging McKendry, consider the recent case where Butt was outed for four weeks after his horse was badly held up, was beaten a nose, and would have won in another stride.

“I went into the trail 200 metres after the start. I was in the one-one but two were coming and I would have ended up four back. I ended up never getting a run and they said I should have stayed off the fence. We’re all geniuses after the race.”

Butt says with betting so big in Australia, the more favoured the horse, the closer they are watched by the stewards.

“You might get away with it on a longer shot but not a favourite.

“A lot of times going to the inside is your only chance of winning. If you go four and five wide you get a clear run but can’t win. Do the stewards want us to drive them like robots and play safe or win?”

Butt says it would be a travesty if the threat of being penalised made drivers too scared to take risky decisions.

“You shouldn’t have in the back of your mind that you might be in trouble taking an inside run. It’s tough when the stewards take that option away from you. Is that right or wrong? To my mind it’s wrong.

“In every race drivers make decisions and they’re not all right. How do you know what will happen next in a race?

“Maurice would have made correct calls a thousand times. People forget that.”