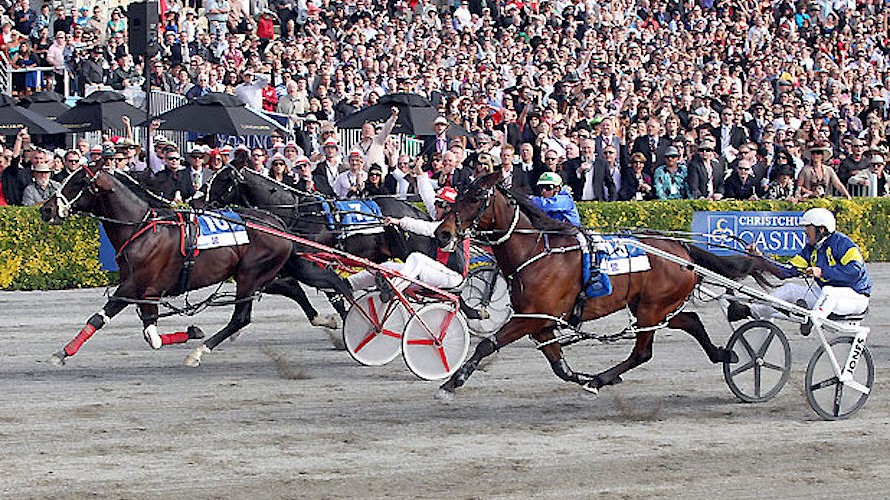 Could Terror To Love have won three Cups if he’d been forced to race from handicaps?

A directive from Harness Racing New Zealand that the country’s top five standing start features will in future be handicap races has ignited a storm in the industry.

In a letter to club officials, general manager of racing, marketing and communications Catherine McDonald says HRNZ believes that by applying handicaps to these top Group races the industry will get better, more competitive fields which will result in higher wagering.

“In the past these races were changed to free-for-all conditions so that the best horse would win. This may still see the best horse winning but they would not necessarily be a $1.15 favourite when they do,” McDonald says in the notice.

“As you are aware, HRNZ now gets paid on what it earns through the TAB through actual gross betting revenue being paid. It is up to HRNZ to try and grow the wagering product and to look at races to see how we can improve on them.”

The ruling has not gone down well with Addington officials, with little more than three months until November’s New Zealand Trotting Cup, and its board will be meeting on Tuesday to discuss its response.

Auckland Trotting Club president Jamie Mackinnon, whose club runs two of the affected races, said tonight he was not necessairly against the idea but he would be concerned if horses were handicapped any more than 10 metres.

HRBZ has compiled a list of races that will incur 10 metre penalties and winning two of them would see a horse put back to 20 metres.

“A 10 metre handicap is like the second line and horses can win from there, but 20 metres?

“That makes it hard even for the really good horses especially in bigger fields, they’ve got to go round the whole field.

“I have an issue with punishing horses to point they can’t win. You’ve got to be very careful what you do with your best horses or you chase them away.

“And the public want to see champions.”

Is the industry in danger of making it impossible for horses to earn legendary status, like triple cup hero Terror To Love, or dual winners like Lazarus, Monkey King or Flashing Red?

Mackinnon likened it to the All Blacks giving a 10 point start to their opposition.

Mackinnon said he had not seen TAB betting figures to support the claims that betting was flat on these elite Group races, though he presumed HRNZ had studied them.

“I always thought it was good for turnover when favourites won because punters reinvested, whereas when outsiders win they pack up and go home. 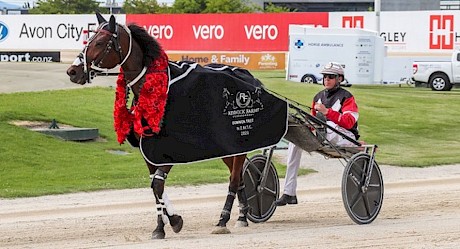 Would putting Sundees Son on 10 metres in the Rowe Cup have led to a better field and more betting? ATC president Jamie Mackinnon doubts it.“We all know small fields don’t attract good betting but I’m not convinced we would have got a bigger field for the Rowe Cup, for instance, if Sundees Son had been put back 10 metres. And he couldn’t even win it from the front this year.”

Mackinnon said his fellow ATC board member Robert Dunn, now on the HRNZ executive, could see the reason for the change even as Sundee’s Son’s trainer. “But we’re treading a fine line here. Robert said once Master Musician (who never won a NZ Trotting Cup) was on 20m he couldn’t win.

“The last thing we want to do is to punish these top horses so much that we chase them away. If we’re going to do this there has to be a blend of free-for-alls, like weight-for-age gallops races, so they can still win.”

Mackinnon said good horses were already being penalised too much and being driven offshore.

“Our handicapping system sees horses rip through the grades too quickly and they can’t drop back quickly enough.”