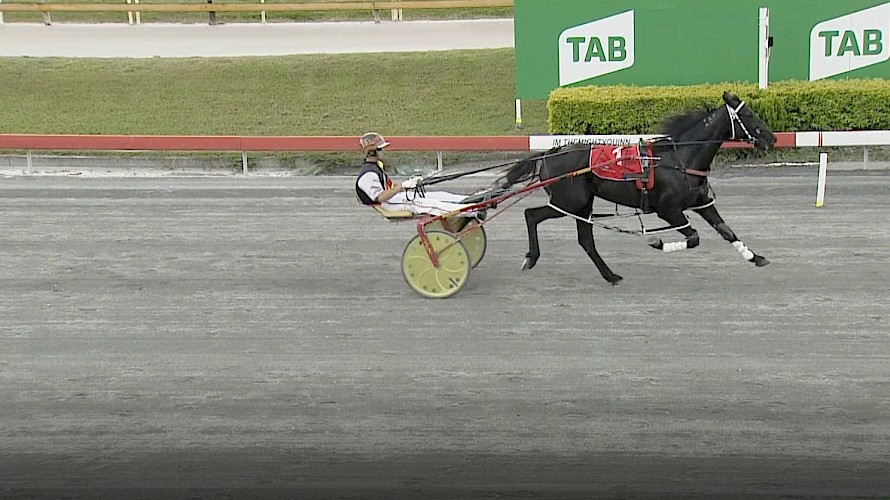 It’s Hustler first and the rest nowhere in today’s trial at Albion Park.

Northview Hustler had no serious opposition in his trial at Albion Park today but blew out a few cobwebs, scoring by nearly 62 metres.

While reasonably pleased with the way Hustler stepped in the standing start 2138 metre heat, trainer Al Barnes says he won’t make a decision on whether the horse lines up on Saturday night until he assesses his recovery.

“Today was more about giving Hayden a feel for him from a stand and, while a little scratchy, he wasn’t too bad,’’ says Barnes.

Albion Park officials allowed Hustler to start solo off the front tape, even though he was competing against four vastly inferior horses, two of them trotters.

“I just wanted to give him clear room in case the trotters did something wrong and he had to dodge them,’’ says Barnes. 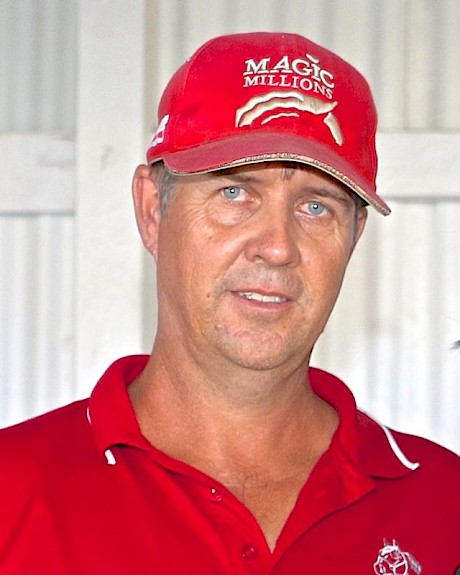 Al Barnes … “the good ones give you a good feel.”Hustler scrambled for a few strides but was soon well clear in front and was rated to a tee by Hayden Barnes who wanted to run his opening half in 63 and back straight quarter in 29. Hustler actually clocked 62.4 and 28.9.

“The good ones give you a good feel and Hayden said he did it really easily. And his heart rate afterwards was 85 which was good.

“He was a bit nervous before the trial so that will blow out a few cobwebs.” (Hustler hasn’t raced for more than five months.)

“His recovery seems good so far. He’s bright and happy. I don’t expect him to eat great tonight but as long as he does the next day he’ll race on Saturday night.

“But if it takes two or three days for him to recover and he doesn’t eat I won’t run him.’’

Nominations for Saturday’s Flashing Red are strong with all the good local pacers like Colt Thirty One, Glenferrie Hood and Mach Alert, says Barnes.

“But if he lobbed the front they wouldn’t get near him.’’