Trainer Al Barnes is predicting big things from Northview Hustler after he was collared only in the last few strides at Albion Park in Brisbane tonight.

“They’ll really know he’s alive in the next few weeks,” said Barnes after the Hustler ($10) and son Hayden Barnes were denied a pillar-to-post win by Subtle Delight who pounced from the trail to score by a head.

“Hayden said he was bolting on the turn but he’s still running out of condition a little up the straight.

“But he’s pulling up better each time. His heart rate was 102 afterwards however he recovered a lot quicker.”

Barnes says he’s sure the horse will earn back all his respect in the next two weeks.

“He’d lost their respect but he’s back now and nothing had a shot at us out of the gate tonight.

“And because he didn’t have to burn, and was able to set a slow lead time of 39.1, it definitely helped him get a cheque.”

The Hustler threw in a brutal 27.8 second quarter and, despite being drilled down the back straight by hot favourite Cruz who whistled round to the death, he had plenty left in the tank.

“I thought he did well to run home in 27.3 after that and it’s no disgrace being beaten by Subtle Delight. He’s really stepped up and has been flying over the carnival.”

Cruz, winner of his last three on end, was under pressure turning for home and dropped away to finish fifth.

“I’ve always said Hustler is the second best horse in Queensland behind Colt Thirty One and can beat him with the right run. He just hasn’t had the opportunity since his first-up run when he wasn’t fit enough (and ran second).

“But he’s in a good routine now and he was as bright as a button half an hour after the race.

“Normally you’d say he wouldn’t handle so much racing week after week but he’s just such a different horse now, so bulky, and he’ll go home tonight and clean out his bin.” 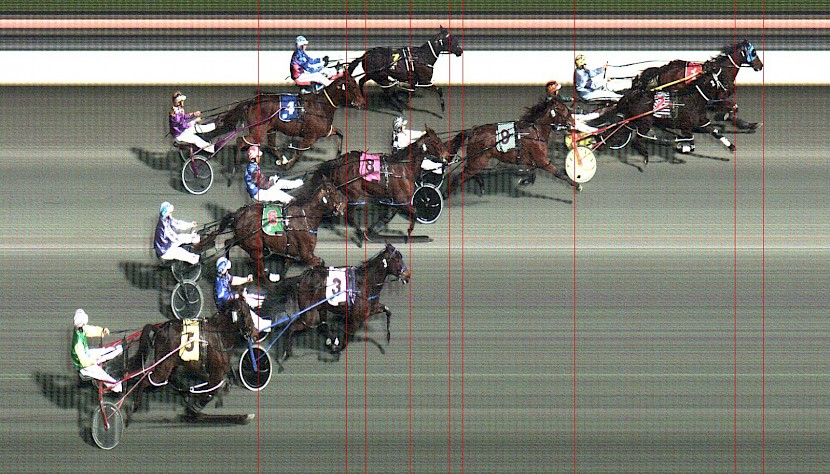 Subtle Delight races up the sprint lane to collar Northview Hustler a head, with 3.2 metres to Fame Assured in third. Hot favourite Cruz weakened to fifth.