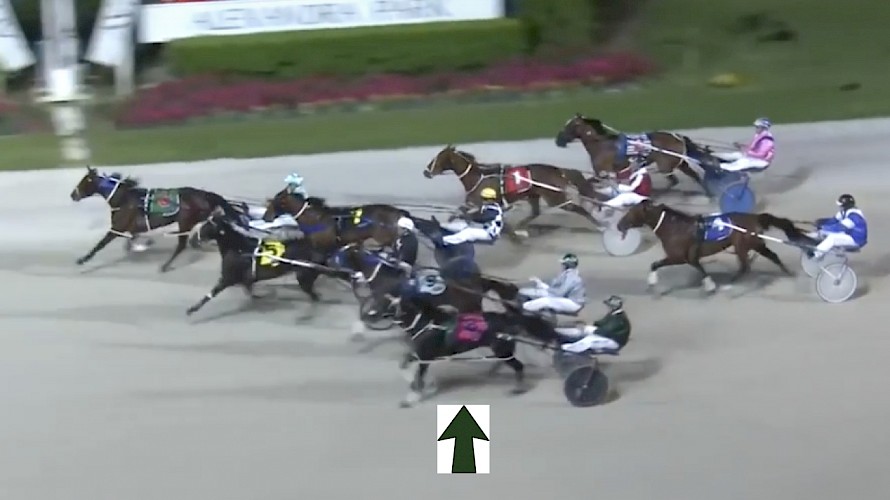 Northview Hustler, arrowed, paced some amazing sectionals to get within a length and a half of the winner.

Any worries that Northview Hustler might not bounce back from his southern trip were dispelled in two minutes of high speed last Friday night when he ran two of the fastest sectionals ever recorded at Alexandra Park.

If you watched the race and thought Hustler was disappointing against much weaker opposition than he faced in Canterbury, you were dead wrong.

Having his first run since an aborted New Zealand Cup campaign, and with no trials to sharpen him up, Hustler was forced to go back from the outside of the gate.

Driver Andre Poutama was caught three wide near the rear until the 1200 metres mark when he restrained to last - and he was still there 400 metres out.

Hustler started his run soon after but Poutama was pushed four wide all the way round the home turn - not a winning recipe at Auckland - and he was still last at the 200.

But Hustler still kept coming and, closing fast at the post, was just 1.6 lengths from winner On The Cards.

Hustler was clocked to cover his last 400 metres in an astonishing 26.1 seconds, despite covering all that extra ground.

To get some idea of how good those fractions are you only have to check out the times run by the last four horses who have held the New Zealand record for 1700 metres, two of then owned by Lincoln Farms.

Current record holder Mossdale Connor set his mark when winning the Taylor Mile at Auckland in 2015 when he ran 1:58.1 for the trip, a full three seconds faster than On The Cards ran on Friday night. 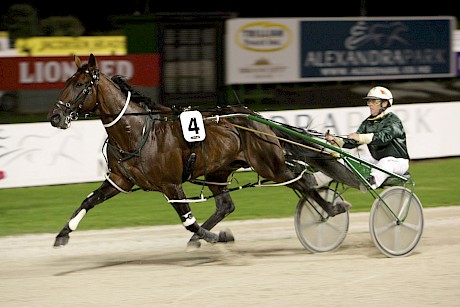 Only Gold Ace, who sped home in 54.6 and 26 flat in setting the previous record, went a fraction faster than Hustler for his last 400.

You could argue the track surface is better prepared today than in previous years but Hustler’s clocking still has real merit.

Winner On The Cards, who was leading on the pegs, ran only 55 and 26.7 for his final sectionals.

Hustler, who was credited with the same overall time as third-placed Step Up and fourth-placed Mach Shard, was just a head and a nose away from paying a dividend.

The enormity of the run became evident when Poutama returned to scale and reported Hustler did not pace well at any stage.

“He was getting in on the corners,’’ says Green. “So he’s run those times under duress, which is even more remarkable.’’

Green revealed Northview Hustler has an ankle which bothers him intermittently.

“He needs regular maintenance work and he obviously needs some treatment again.

“I won’t race him again this week, which will give us time to work on him, but he can run again the following week.’’