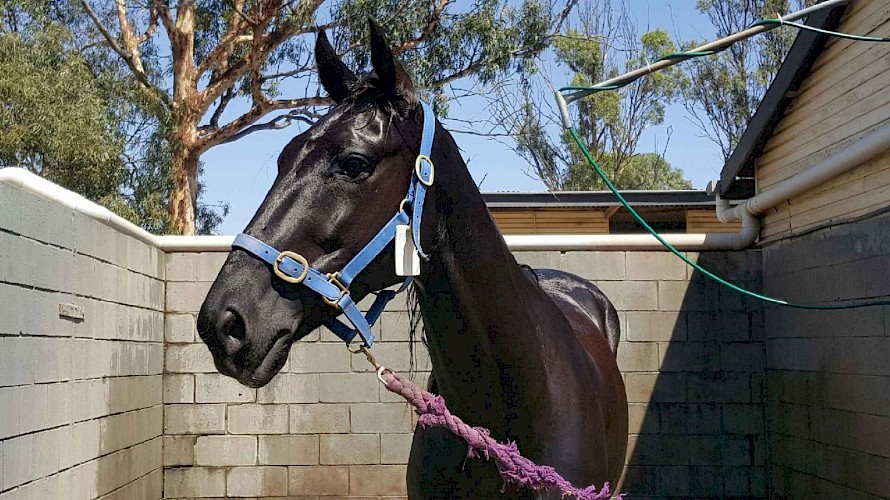 Northview Hustler is jumping out of his skin in a new preparation.

Hustler will be ready for new winter features - but, uh-oh, there’s an old monster lurking

Just two weeks after getting the all clear to resume training from the University Of Queensland’s Gatton Equine Specialist Hospital, Barnes says the Hustler is “jumping out of his skin.”

Barnes took Northview Hustler for an MRI earlier this month after prolonged bleeding in his off front fetlock and was delighted to hear the injury was little more than the equivalent of RSI from a sprained wrist.

Barnes has been ultra pleased with the Hustler since.

“He’s the soundest he’s been for the last six months and he’ll be fit by the time those big races come around.”

While the winter carnival was canned because of COVID-19, Queensland Racing has announced four feature races for the open class pacers through late June and July.

And with interstate travel into Queensland only allowed for selected feature age group races, The Hustler won’t have to face some of the powerhouses from New South Wales and Victoria.

Hectorjayjay strolls past Governor Jujon in a fast trial at Albion Park on Tuesday.“But he’ll still have to earn it,” says Barnes. “Hectorjayjay’s up here now and trialled well on Tuesday, home in 55.4 and 26.8.”

Hectorjayjay, who was driven by Barnes’ son Brendan, was untroubled to stroll past Governor Jujon in the run home to record a 1:54.9 mile rate for the 1660 metres.

The winner of 43 races has competed only once since his breathtaking last-to-first win in the Group I Blacks A Fake at Albion Park at the 2017 winter carnival.

The superstar injured a suspensory ligament after that and it took nearly 12 months to get him back to racing, which he did in June, 2018, winning the Popular Alm Sprint at Kilmore.

But another suspensory issue sidelined him again and now the rising 10-year-old is in the care of Jack Butler at Logan Village.

“He’s a supreme athlete and what with him and Colt Thirty One it’s not going to be easy for Hustler.”