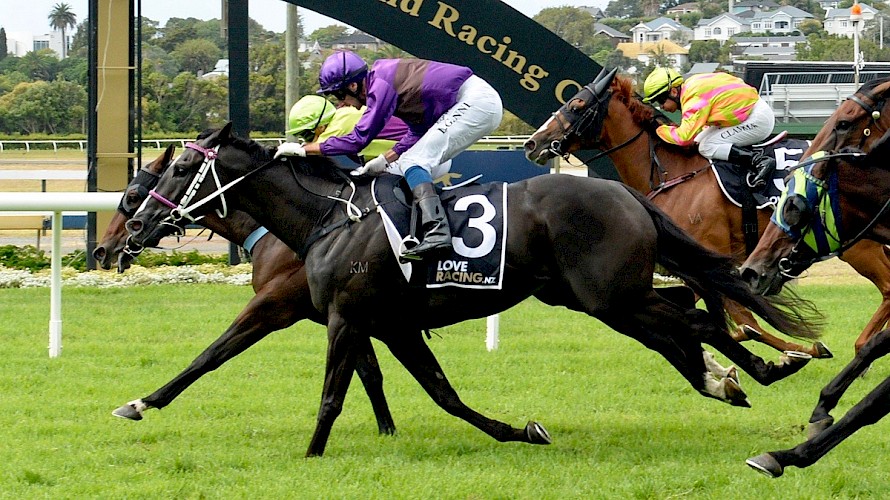 Platinum Invador missed capturing today’s Avondale Cup by a nose but earned outright favouritism for the $500,000 Auckland Cup (3200m) on March 7 with his barnstorming late run.

Jockey Leith Innes labelled Lincoln Farms’ talented stayer as “spot on” for the big two miler after he flashed late to all but gobble up the Moira and Kieran Murdoch-trained Polzeath to whom he was conceding seven kilos.

But the late charge which came up a nose short proved costly for Innes who was later suspended for seven riding days and fined $1500 for careless riding 125 metres from home.

In his effort to find clear air for Platinum Invador, who came fast up the rails, Innes allowed Platinum Invador to shift out, forcing Paisley Park into the line of Dragon Storm who was checked.

Luckily the suspension ends at the close of racing on February 28, one day before the $1 million New Zealand Derby at Ellerslie.

Bookies immediately installed Platinum Invador the $3.80 favourite for the Auckland Cup, in from the $16 quote after his City Of Auckland Cup demolition on January 1.

Next in the betting is Australian galloper Azuro ($5), winner of the Listed Sandown Cup (3200m) last November, and the Shaune Ritchie-trained The Good Fight, an unlucky second in the Wellington Cup (3200m) at his last start.

Innes’ penalty was an unfortunate sequel to an otherwise brilliant ride on Platinum Invador.

Innes went back on the four-year-old with a red hot pace up front and “rode him for luck.” 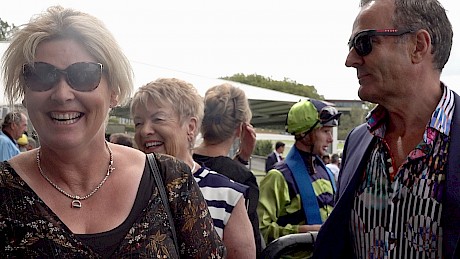 All smiles in the camp after hearing Leith Innes’ report … trainer Lisa Latta, left, and part-owners Lynne Street and Neville McAlister.The horse had only four behind him turning for home but while many of the others scouted wide, Innes hugged the fence, making steady ground on the leaders.

“He didn’t quite know which way to go when I brought him out but he really flew the last bit.”

In a thrilling finish, Polzeath got the nod by the barest of margins over Platinum Invador with a length to Etah James, a half head to Masetto, a short head to Paisley Park and another short head to Felaar.

Platinum Invador was credited with a time of 2:29.87 for the 2400 metres, just one hundredth of a second slower than the winner and his last 600 metres of 35.06 was easily the fastest in the race.

The winner’s time was marginally faster than the 2:29.89 recorded by last year’s winner Glory Days who went on to take the Auckland Cup.

Trainer Lisa Latta declared the effort a top trial for the Auckland Cup, for which Platinum Invador drops 3kg to 56kg.

The $19,500 runner-up purse took his bankroll to $287,385 from just 19 starts for Lincoln Farms’ John and Lynne Street and Wellington partner Neville McAlister.