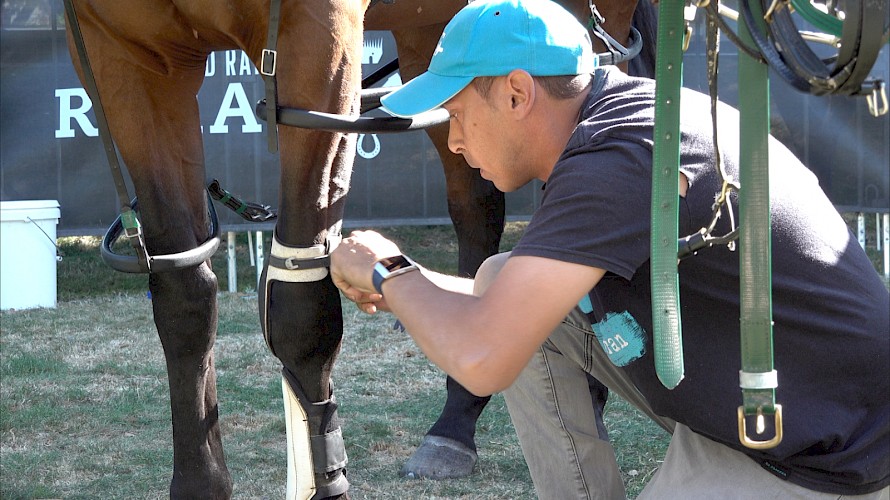 Jay Abernethy says racing in the north is being hobbled by a ratings points system that is not working as designed.

Horsemen are pushing for a separate handicapping system to be introduced in the north before harness racing begins at the end of the month.

“It is promoting horses too quickly through the grades and doesn’t allow them to drop back fast enough to the grade where they are most competitive.”

Abernethy says the association considered a number of options and it became clear that it would be easier to tweak the present ratings system than to throw it out and start again.

“Whatever is proposed must be simple and easily understood.”

Abernethy says while it was nearly impossible to find a solution that everyone agreed with 100 percent, the suggested changes best represent the northern horsemens’ concerns and are supported by 139 of them.

The horsemen want the race winners’ matrix to be suspended in the north while the new system is trialled until the end of the year.

Other changes proposed include:

“We know there is more work to be done such as better support for fillies and mares races and two-year-old and three-year-old caps but this is a start.”

Harness Racing New Zealand has previously been opposed to adopting different ratings system in the two islands but it has become obvious that with much smaller fields in the north, horses are reaching non competitive levels too quickly and aren’t dropping back quickly enough.

In the post COVID-19 landscape, with much lower stakes at Auckland, owners could not afford to wait months before their horses earned prizemoney again.

“We believe with the many changes thrust upon our industry now is the time to trial an amendment.”