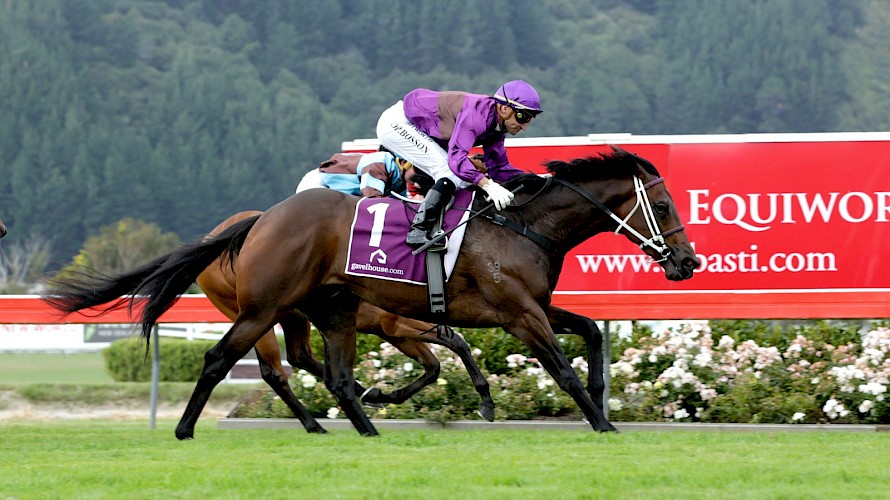 Johnny Lincoln will be loaded into gate 10 in the 12-horse field for the last race at Hastings on Sunday and that, says trainer Lisa Latta, makes his job hard.

“If he’d drawn well I’d have been quietly confident but that draw is difficult at the mile start at Hastings.

“He’s been missing the kick and getting back so Tim (Johnson) will need to get him out of the gates and be positive on him.’’

Last start at Waipukurau Johnny Lincoln ran only eighth after being second last to jump and tailing the field by four lengths at the 1200 metre mark.

He made up good ground in the run home to be only 4.8 lengths from winner and race rival again Dashper.

But while the run didn’t jump out and hit you between the eyeballs he was credited with the fastest last 600 metres in the race, 36.19, compared with the winner’s 36.74. 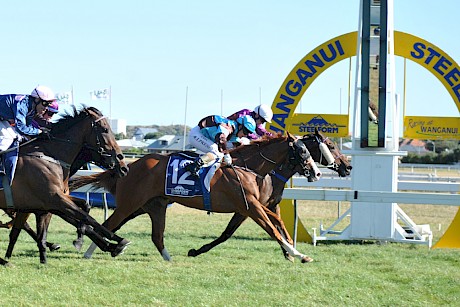 Joint trouble has prevented Johnny Lincoln, pictured on the inner, from reaching his full potential so far.Latta says Johnny Lincoln is improving and Hastings is his favourite track - in two previous outings there he has been narrowly beaten into second and fourth.

While he has won only one of his 24 starts, the Savabeel six-year-old has compiled a tidy record with six seconds, three thirds, three fourths and three fifths.

“He hasn’t quite got to where we thought he’d be but he has trouble with a joint which has held him up in a lot of his preps.

“But he’s good at the moment and while he will be better over 2000 metres, he’s a place shot on Sunday.’’

Waiting for Wednesday with Kamanda

Latta decided to pull Lincoln Farms’ Kamanda Lincoln out of Saturday’s $75,000 Metropolitan Trophy (2500m) at Riccarton and run him instead on the second day of the meeting.

And while the horse has not won again in 10 starts since, Latta is keen to take the easier option to lift his rating points so he can contest races like the Wellington Cup over summer.

She has booked Johnathan Parkes to ride Kamanda Lincoln.

Latta’s sole Riccarton runner on Saturday is the Parkes-ridden Sir Nate in the feature three-year-old classic, the $500,000 New Zealand 2000 Guineas.

Owned by a syndicate including Lincoln Farms’ partner in Kamanda Lincoln, Kevin Pratt’s Kamada Park, Sir Nate comes into the race on the back of an impressive win at Trentham.

“It was a terrific run against the older horses and he wasn’t too comfortable in the conditions either,’’ says Latta. 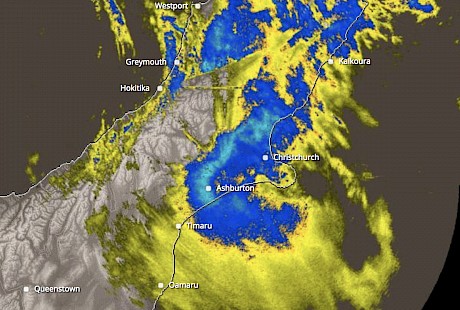 The rain radar at lunchtime today shows Christchurch still getting a bath.It’s been very wet in Christchurch over the last 24 hours with 38 ml of rain recorded by the Met office, and the track at 3.49pm today was a slow 9. Flooding caused the abandonment of today’s Rangiora trots meeting.

The longer term picture looks better with clearer skies on Saturday - and that will be just fine for Latta.

“He doesn’t mind if it’s slow but we don’t want any more rain. Hopefully it will dry out a little.’’

Sir Nate has shown versatility, winning on conditions ranging from a good 3 to a heavy 10 (in his first start as a two-year-old).

And Latta says she is very pleased with the way the horse has come up in three starts this campaign.

“It was too short for him in the Hawkes Bay Guineas and his recent work has been great.

“I couldn’t be happier with him. He’s a rough show on Saturday and he’s a lovely relaxed horse who will get out over a distance.’’