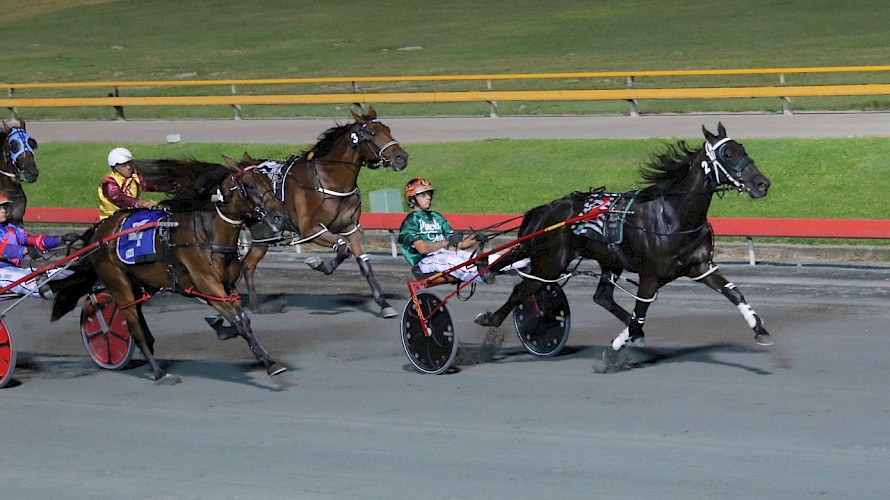 Northview Hustler and Larry Lincoln are both good top three chances at Albion Park on Saturday night - all they need is a little luck in the running.

Northview Hustler backs up from his dominant all the-way win last Saturday night but, drawn one from the outside this week, is no certain leader.

And trainer Al Barnes says it will be up to his driver son Hayden to make the call on whether to blast from the gate or go back and come with one run.

“Hayden will see how he feels in the warm up and make up his mind. He hasn’t been great this week and I’m getting his fetlocks injected on Monday but he’s still capable of crossing them from out there.

“Secretagent Tycoon is the only one who could trouble him early but we ping the first 100 while he winds up.”

Barnes says even if the Hustler ends up going back he’s still a winning chance coming with one late run. 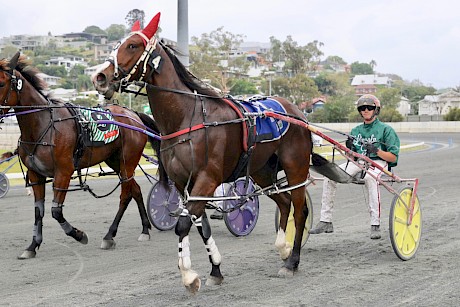 A quicker tempo is also the key to Larry Lincoln’s chances in the third race earlier in the night when he returns to his more favoured 1660 metres.

“It’s a slightly better field this week but that means they will go harder which is an advantage for him. He can come off a hot speed and that’s why he’ll be a better horse when he gets up in grade.”

Barnes was again delighted with the way Larry Lincoln finished last week over the longer trip of 2138 metres.

“He’s flying, busting to win a race and I reckon this is his chance.”

Larry Lincoln’s effort for fourth last Saturday night was huge. After going forward from four and being denied the chair, Hayden had to drag the horse all the way back to last.

The official times saw Larry clock the fastest last 800 and 400 in the race, making up 19.3 metres on the leaders in the last 800 metres.

His last 400 of 28.53 was quicker than the winner One Off and was recorded three, four and eventually five wide round the home turn.

“From five on Saturday Hayden can go back and find a position and let him run on.

“I had the chiropractor there at 5.30am this morning going over him and he said he looks a treat.

“Fingers crossed they can both run top three with a bit of luck in the running.” 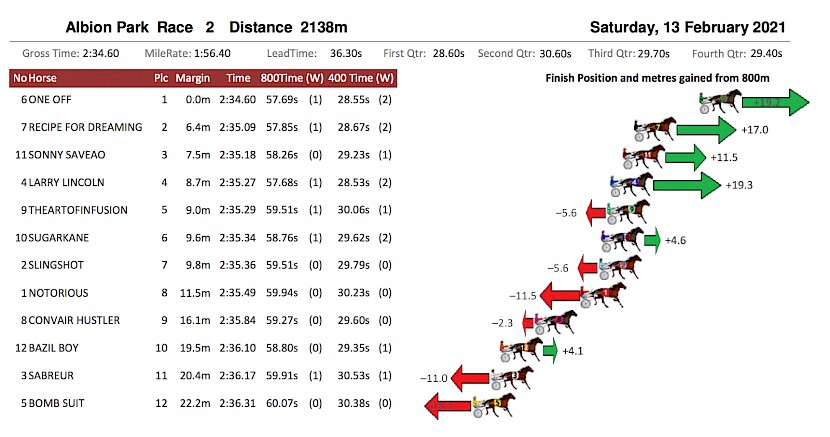 Larry Lincoln made up 19.3 metres over the last 800 metres last week.