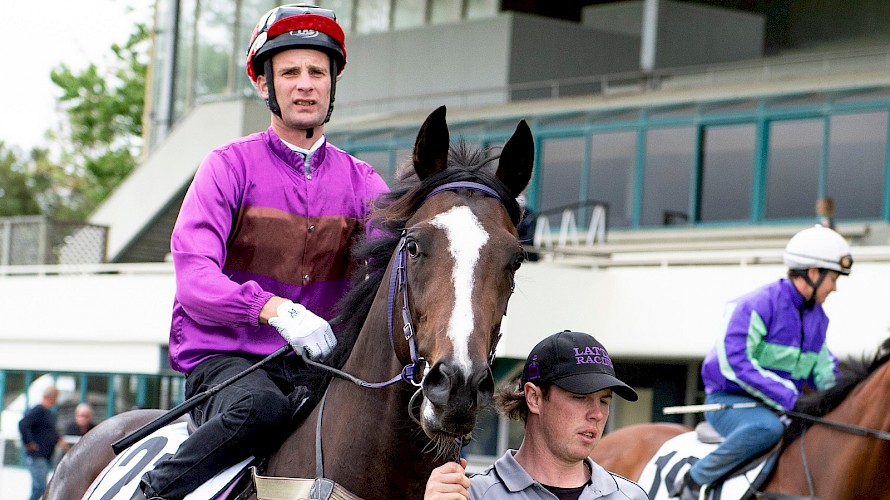 Johnathan Parkes taking Lincoln Falls out for his recent trial. He looks the best of good things on Saturday. PHOTO: Royden Williams.

$16 More Wonder, The Chosen One, Valalie

But none stand out as much as Lincoln Falls who, on paper, has little or no opposition in the opening race, confined to three-year-olds, hence his opening quote of $1.30.

The highest rated horse in the race it is almost impossible to find a case for him to be beaten, best of the rest Latta’s second stringer Platinum Mam’selle.

“He’s working well, he trialled well, and he should by rights just put them away,” says Latta. “The only worry is these small fields can be funnily-run races.’’

The way Lincoln Falls accelerated when asked to run in his trial at Awapuni nine days ago, however, suggests it won’t matter what tempo is set on Saturday.

The turn of foot he showed to reel in the field was stunning as he quickly closed to a length and a quarter of the Group I winning sprinter Start Wondering.

Lincoln Falls revelled in the slow 7 conditions that day and, with drying conditions predicted in the next two days, it seems likely he will get the same again, the track officially upgraded already to a slow 9 this morning.

Lincoln Falls has only Group I winning sprinter Start Wondering ahead of him at the finish of his trial. Third placed Blondlign franked the form when scoring a hat-trick three days later. PHOTO: Royden Williams.Latta is delighted with the way Lincoln Falls has come on since that trial - his final gallop was spot on - and says 1400 metres at Trentham will be ideal for him.”

“We may also look at taking him up to Ellerslie on Boxing Day .”

The race Latta has in mind is the $60,000 Uncle Remus Stakes, a Listed event for three-year-olds over 1400 metres.

Bookmakers are keeping the colt very safe on the second line of betting for the Classic, sharing a $10 quote with fellow Dundeel colt Cutadeel. NZ 2000 Guineas winner Madison County is early favourite at $8.

Platinum Mam’selle will also be suited by the big, roomy track on Saturday, Latta citing her dislike of Hastings as the reason for her poor run last start.

“They run off the front at Hastings which doesn’t suit her. At Trentham she can come from the back.’’

Platinum Mam’selle will be getting 5 kilos off Lincoln Falls, with the 3kg claim of Wiremu Pinn, but Latta says the ground would need to dry out to dead for her to be any significant threat. 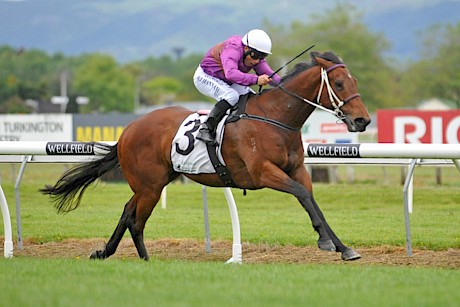 Father Lenihan … wet track and 1600 metres made to order for him. PHOTO: Race Images.Taking the No. 2 slot on the Lincoln Farms’ hit parade on Saturday is the progressive Lincoln Raider - with one little proviso. If the conditions don’t dry out, he’ll need to watch out for his stablemate Father Lenihan who has been crying out for 1600 metres and revels in wet ground.

“I’d like to see it dry out a little for Lincoln Raider but if it didn’t the track would be perfect for Father Lenihan.’’

Latta has both tempo bases covered as well.

“One goes back (Lincoln Raider) and the other races on speed and out of trouble.’’ 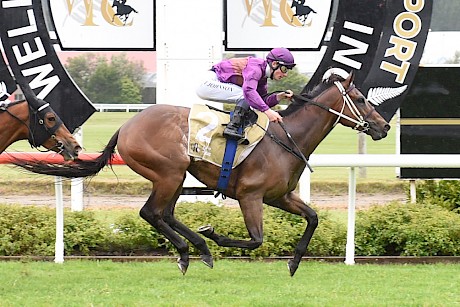 Lincoln Raider looked dead unlucky last time at Awapuni when badly held up from the 400 metre mark. By the time Johnson cleared heels 200 metres from home the race was all over, but he still rocketed home into fourth, only three lengths from the winner.

On Saturday he returns to Trentham, the scene of his superlative win in October, where he came from the rear, Johnson finding gaps in the home straight to not only get up, but race away by a length and a quarter.

“He needs to get through the grades first but he’s up to racing in some really good races.

“I’ve nominated him for the Thorndon Mile (January 19) but that might come a touch too soon for him.’’ 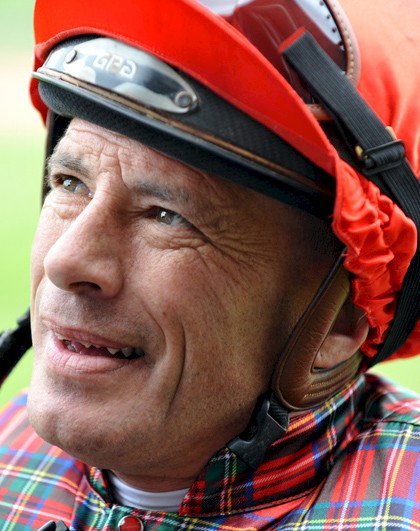 Hannam has been buoyed by the way the horse has worked since his last-start second over 2100 metres at Awapuni where he was nailed in the shadows of the post by Starrybeel.

Johnny Lincoln took off a long way from home that day, sustaining a very long run, and Latta says Hannam admits he went too soon.

Latta says the Savabeel gelding, now six, is at a stage where he can show his staying ability.

“And he’s done good miles to get up to this distance.’’

Of the rest, Latta thinks we might see a different Platinum Invador (race seven) to the one which was surprisingly well backed when resuming at New Plymouth last month.

“He’s been working really well and with a bit of fire out of the track over a mile I could see him running into a place.’’