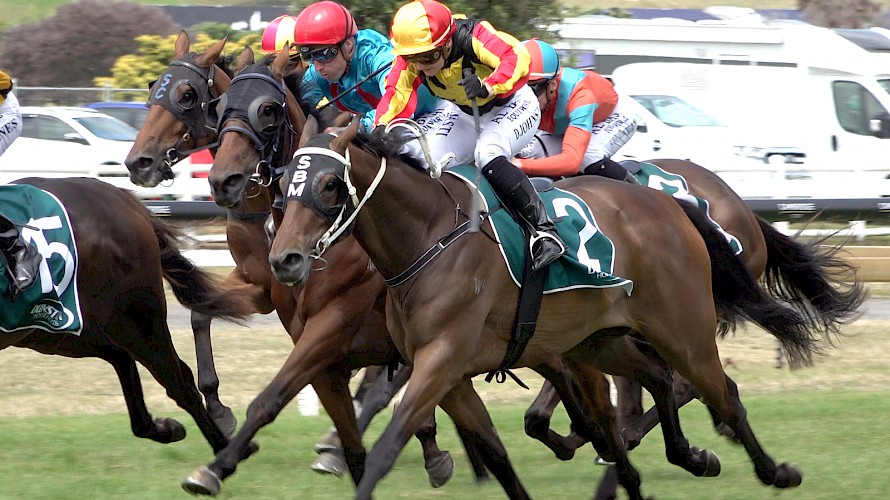 Lincoln King, outer, doing his best work late for Danielle Johnson near the finish of the Dunstan Final at Ellerslie.

Lincoln King should pick up some consolation for narrowly missing out on the major purse in the Dunstan Stayers’ Final by winning at Ellerslie on Sunday.

Lincoln King was winding up nicely halfway down the straight when he ran in and was involved in a bumping duel with Opie Bosson on favourite Swords Drawn, an incident which saw rider Danielle Johnson later suspended for seven riding days for careless riding.

Lincoln King runs in and bumps Swords Drawn 250 metres from home in the Dunstan Final at Ellerslie.“Bumping with the other horse definitely cost him momentum,” said trainer Stephen Marsh. “There was a bit of tactical riding there by Danielle who didn’t want to let the hot favourite out, and he should have finished a lot closer.”

Once balanced again Lincoln King hit the line hard, finishing just half a length, a head, half a length and a head from the winner, recording the third fastest last 600 in the race of 34.44.

It continued the renaissance of the late maturing five-year-old whose only down-the-track run this campaign was when running into a brick wall at Te Aroha last October when full of running. 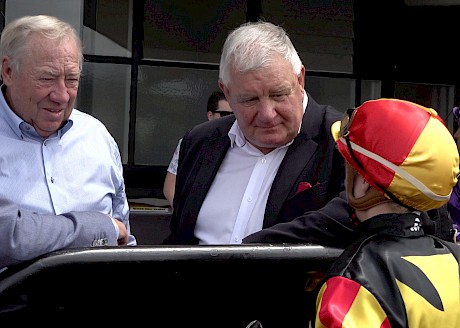 Lincoln Farms’ John Street, left, and Ian Middleton listen to rider Danielle Johnson’s report on Lincoln King after the Dunstan Final.Marsh says he was going to give the horse a little break after his Grand Final but he came through the run so well he decided to press ahead.

“Even with top weight on Sunday he should win,” says Marsh of Lincoln King who has drawn nicely in five in a small 10-horse field.

Lincoln King has 59.5kg, only 1kg more than he carried to win at Te Aroha in November and he has proven he likes Ellerslie, having beaten a good field on the course three starts back over Sunday’s 2100 metres.

With Johnson suspended until after Tuesday, Jason Waddell takes the mount.