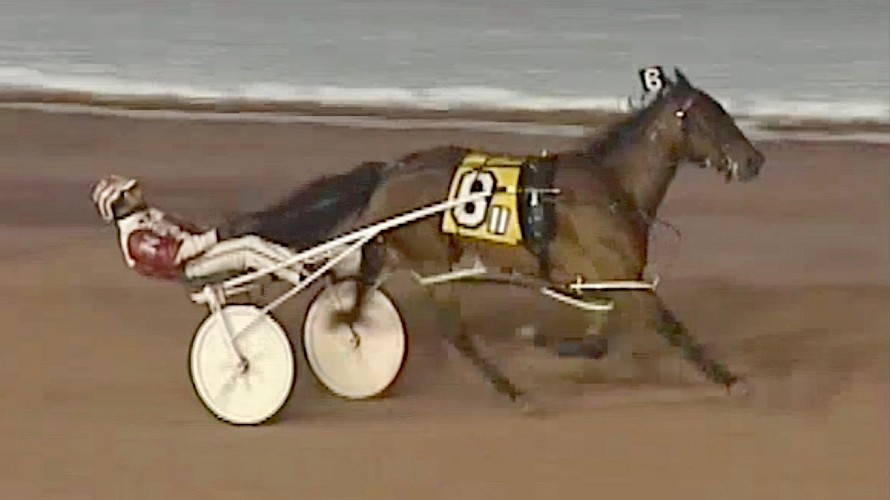 Lincoln’s Girl cruises to her third win in the United States on Tuesday night.

Lincoln’s Girl has made it three for three in the United States, scoring her easiest win yet at The Downs at Mohegan Sun Pocono in Pennsylvania.

Starting from gate six in a fillies’ and mares’ US$15,000 mile, driver George Napolitano jun. let Lincoln’s Girl find her feet in fourth spot early before pressing forward to lead at the bell.

And there was no challenge in sight as she cleared out in the run home to win by four lengths in 1:54.4, a good effort on a very cold night.

The time was marginally faster than her first two wins at Harrington and Dover Downs, which were both in 1:54.6.

Now owned by Richard Lombardo, David Kryway and trainer Josh Green, Lincoln’s Girl earned a stake of US$7500, taking her winnings stateside to US$21,000.

It was the 10th win of Lincoln’s Girl’s career after she scored two wins in New Zealand for Ray Green and five in Queensland for Al Barnes.

By Lincoln Farms’ own stallion Sir Lincoln, Lincoln’s Girl is out of Tania Tandias, making her a half sister to Tommy Lincoln who looks a strong chance at Auckland on Friday night.