Latta expects Lincoln’s Kruz to be much improved for the hit-out in an eight-horse maiden 1000 metre heat.

The four-year-old jumped well and put himself right on the speed, trailing third on the fence, before battling home strongly for third behind Carpe Diem and a well held Cross Roads.

“That run will tidy him up nicely for Hastings,” Latta said.

Kamanda Lincoln looked ready to resume when he won his four-horse heat over 1400 metres.

Ridden by Faye Lizet, he got back last and came around the field to just get up and beat Bella Nero by a head in 1:34.25.

“It was a pleasing effort and his fitness levels are good,” said Latta.

“We will see how he comes through this and go through the calendar and make a plan for him as he holds a nomination for the New Zealand Cup.” 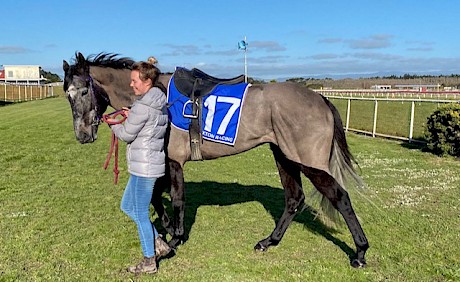 “Unfortunately they had to combine the open and maiden heats so it was hard to get a decent line on him.

“He sat up second in the running and battled home okay to run third, seven lengths from Kamada Lincoln.”

“He pulled up well and he will now head to the races over 1600 metres and we will try to find a track for him in the dead to slow range.” 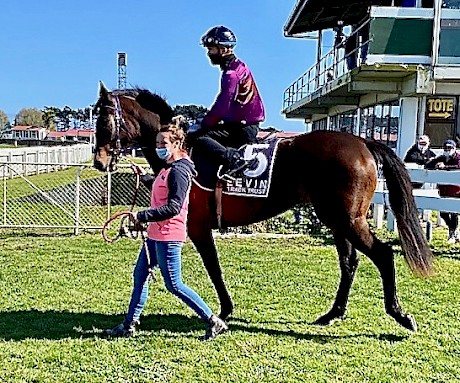 In a six-horse heat over 850m, she sat in the trial and fought on nicely to finish third, seven lengths behind ultra impressive winner Bonham, trained by Johno Benner and Hollie Wynyard, and a Niagara colt with Andrew Davies.

“She is still a really green, raw boned filly who is carrying a fair bit of condition and is still learning.

“She will head back to the Foxton trials in a fortnight and run over 1000 metres.”

Platinum Rain, who failed to fire in heavy ground at Otaki last week, was again all at sea in the going in a maiden three-year-old 1000 metre heat.

Latta added side winkers to the Kermadec gelding’s gear to help him concentrate and give him confidence and he jumped nicely and sat one-out one-back.

But Platinum Rain only battled away in the straight, Riddell saying he failed to handle the conditions.

“I’ll put him in the paddock now for six weeks until the weather improves and let him fill out.” 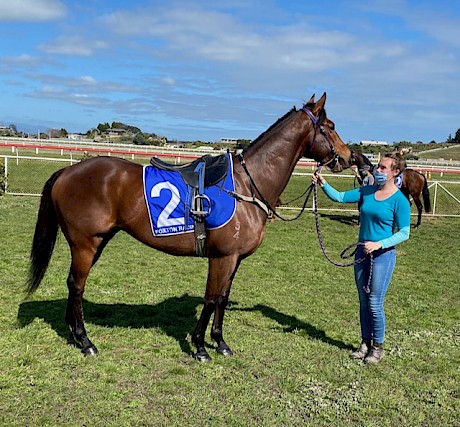 Father Lenihan at today’s Foxton trials.Good galloper Father Lenihan weakened to beat only one home in an open 1000 metre heat, but that wasn’t unexpected as he hasn’t raced for 10 months.

With Riddell aboard, Father Lenihan jumped well, sat in the trail, and angled out turning in, but just battled home.

Riddell said the horse disliked the sticky ground and had a very good blow afterwards.

Latta will take him back to the Foxton trials in a fortnight where she expects a sharp improvement.

Classy Lincoln Raider will also need another trial before going back to the races.

Contesting an eight-horse open dash over 850 metres, he jumped well, sat fourth in the running and came to the end of it over the last 200 metres to beat a couple home.

“The heavy track wasn’t to his liking and he will take a lot of improvement out of it,” Latta said.

“Doing that is a bit out of his comfort zone but he maintained a gallop on the inside in the worst ground, and just came to the end of it in the last 100 metres where he got squeezed out.”

Though last of the six, Lincoln’s Fury was only four lengths from winner Aridity who clocked 1:17.58.

“His coat is still not quite there but I expect this to tidy him up for a race at the end of the month.”

Hurricane Lincoln looked to be on borrowed time when he dropped out and finished last in his 1000 metre heat.

An unraced four-year-old by Sacred Falls, he jumped nicely to sit one-out one-back until the pressure went on at the 400.

“He couldn’t quicken at all and dropped out to finish last. He can back up at Foxton trials in a fortnight over more ground but if there is no improvement there we’ll finish with him as he has had every chance to strengthen but just isn’t showing enough.”