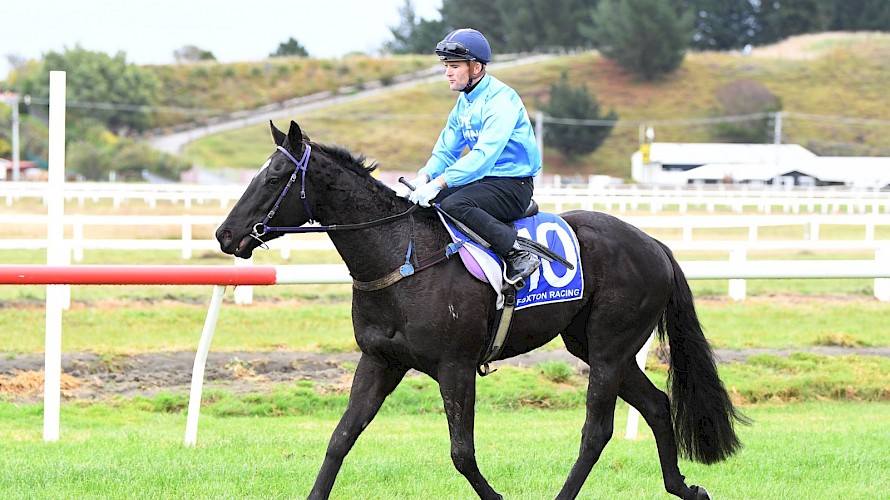 In wet and misty conditions, Lincoln’s Kruz (in purple colours) trailed third or fourth, wide out, in a maiden heat over 1000 metres and, despite an interrupted run in the home straight, finished strongly for fourth about three lengths from the winner, an unnamed Per Incanto three-year-old with Anne Herbert.

It was a good effort considering rider Jonathan Riddell reported the horse stumbled in a patch of heavier ground halfway down the straight, when angling to the outside for a clear run.

Trainer Lisa Latta said she was really happy with the gallop.

“I thought it was an improved effort from Foxton especially since he was stopped in his tracks a bit in the straight.”

Lincoln’s Kruz wasn’t suited to the heavy 10 conditions and Latta says she will start the horse where she can find the best footing, either at Wanganui or Awapuni in the coming weeks.

The showy black Kurushio gelding didn’t have much luck in three starts last prep but showed plenty of ability and will be expected to take an early trick for owners John and Lynne Street, Ian Middleton, Jeff and Vicky Roach, Peter and Bridget Morris, Sue Croft and Steve Haylock. 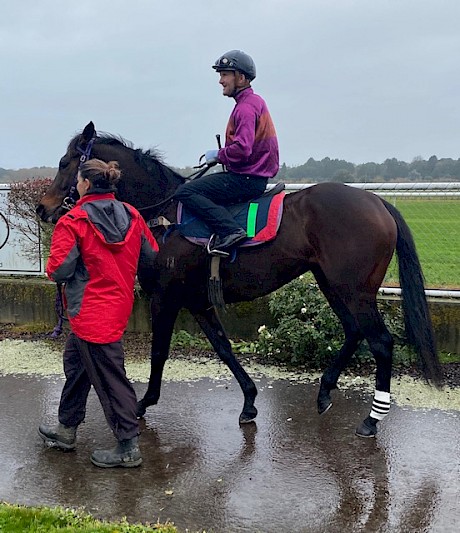 Platinum Rapper, pictured heading out for her heat today, had a decent blow afterwards.Platinum Rapper beat only two home in her heat but Latta was happy enough with the run to also give her a ticket to the races.

Riddell had Platinum Rapper third last in the eight-horse heat over 1000 metres, and she made a little ground to finish five lengths from commanding winner Crowning Star, trained by Johno Benner and Hollie Wynyard.

“She was flat for early speed and got back in the running but made up ground in the straight, doing her best work on the line,” Latta said.

“It was a nice enough trial and she had a decent blow afterwards.

“That will tidy her up to head back to the races either at Wanganui or Awapuni.”

Latta will give Almo Street one more jumpout before racing after he blew out late in his 1000 metre trial.

Contesting a seven-horse heat, with Leah Hemi aboard, Almo Street was on his best behaviour and jumped with them, but quickly got back in the running.

“He worked into it from the 500, challenged for the lead at the 100 and finished third, beaten a head and a nose.

“Leah said he just came to the end of it 50 metres out so he will have one more jumpout on July 1.”

The two horses who beat Almo Street were under strong holds at the line, Mike Breslin’s pair of Dedoje and King Cougar travelling easily.