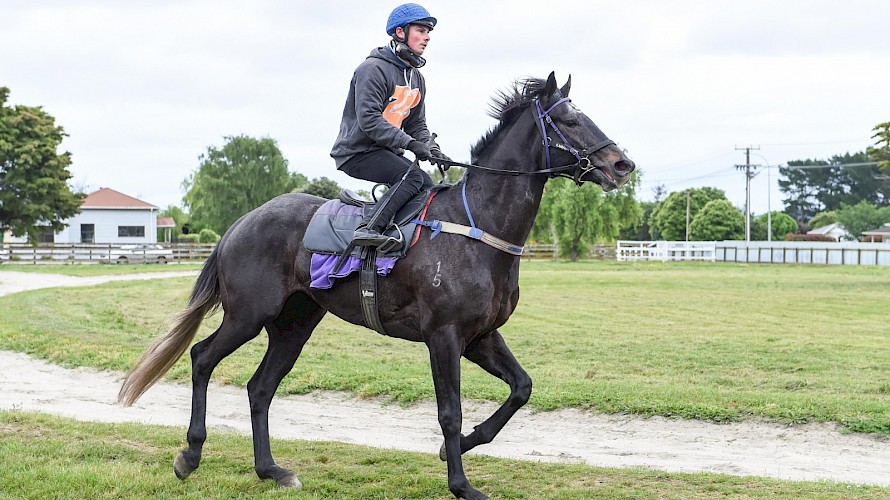 Lisa Latta has waited for Lincoln Lane to fill out and mature. PHOTO: Royden Williams.

Lincoln Lane hasn’t looked like troubling the judge in his six career starts, finishing closer to the tail of the field than the front each time.

But in the opening race at Woodville on Sunday trainer Lisa Latta is hoping the dark grey can at last show the staying ability she’s always thought he would have.

Latta was expecting to see something when she finally stepped the strapping four-year-old up over ground at Otaki on March 4, only to see him run up behind the leaders 600 metres out but just plug in the straight to beat four home.

“But I think that run is best forgotten as he was stepping up from 1600 metres to 2200 metres and the track was a slow 9 which made it quite testing for him.”

On Sunday the Woodville track looks like being quite firm and a fitter Lincoln Lane comes back to only 2100 metres, which Latta says will suit him better.

“I would like to see him perform a lot better or we will have to start questioning his future as a racing proposition.”

That’s something Latta never thought she’d be saying about the impressive looking galloper with the bloodlines to stay.

By champion staying sire Savabeel, he is out of the O’Reilly mare Everyday, whose sister Freequent won seven races and left Freequence, the dam of 15-race winner I Do and Queensland Cup winner Iggi Pop. It is also the family of Queensland Derby winner Court Ruler.

Latta has given Lincoln Lane plenty of time to fill out and mature but says it’s now time for him to step up in a field mostly devoid of form. 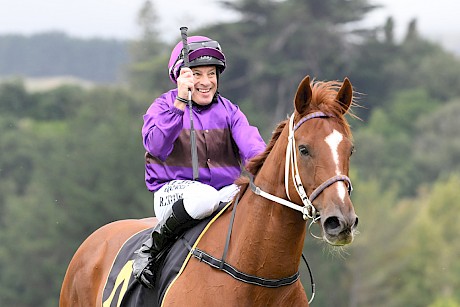 Robbie Hannam salutes on Lincoln Green after his debut win. PHOTO: Peter Rubery/Race Images.Lincoln Green, on the other hand, took no time at all to make his mark, winning his debut last April then winning again fresh-up last November.

But he now finds himself a rating 66 horse in a rating 72 event that Latta says looks just a bit beyond him.

“He is at an awkward spot in the ratings on 66. He will drop back to a 65 rating after this and we can then find a winnable race for him.”

While Lincoln Green goes well fresh, Latta says he’s likely to find the track a bit too firm on Sunday. The horse’s wins have come on dead 6 and dead 4 footing.

“He’s freshened up well since his Boxing Day run but has an outside draw which won’t help him. He will roll forward though which is always an advantage at Woodville.”