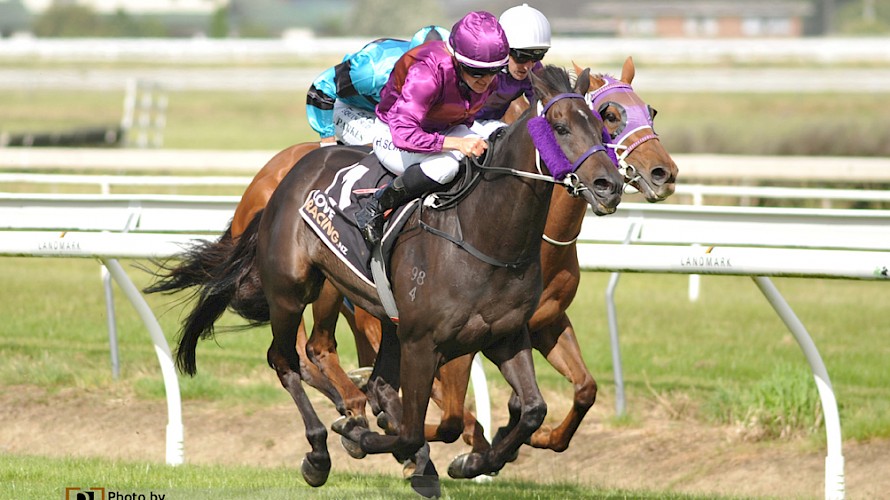 It’s nothing new for Lisa Latta to train the quinella in a race but she’s seldom done it for the same owner in her 1029 wins.

So to produce Lincoln Star and Platinum Bordeaux to run one-two in the last race on her home track at Awapuni on Saturday was a real feather in her cap.

Just which way the result would go hung in the balance until the final 75 metres when Lincoln Star, owned outright by Lincoln Farms’ John and Lynne Street, got the better of Platinum Bordeaux whom they race with long time partner Neville McAlister.

It was just Lincoln’s Star’s fourth win in 39 starts, a record dulled by his lack of size and pickiness on track conditons.

But everything fell into place on Saturday when the going improved to slow and the field fell away with seven defections.

Latta is hoping the well bred gelding can now maintain his form. 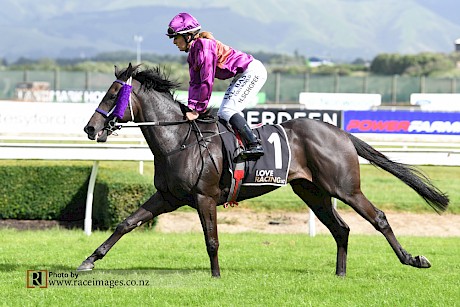 Hazel Schofer returns with little Lincoln Star. PHOTO: Peter Rubery/Race Images.Though seven, Latta says the little horse has simply been too weak to try too much over ground, which he is bred to excel at.

By champion stallion Savabeel, he is out of the classy mare Dating, an unlucky fourth in the New Zealand Oaks, hence his $180,000 price tag.

“He’s been too weak but is stronger this time in,” Latta said.

Latta got the best of both worlds on Saturday with gun rider Hazel Schoffer, taking 1kg off his back, without sacrificing strength in the saddle.

Lincoln Star, while so quiet he is easy to ride, is not the type to try too hard for inexperienced apprentices.

“Hazel rode him in his previous start and it’s good to stick to riders who know the horses.”

Middle distances are also expected to help Platinum Bordeaux who raced much handier than usual and weakened only late to finish a length behind her stablemate.

“She fought really well,” Latta said. “She’s held her form a bit better this campaign but won’t have too many more this time in. She needs the fire out of the ground and will have a freshen-up soon.”