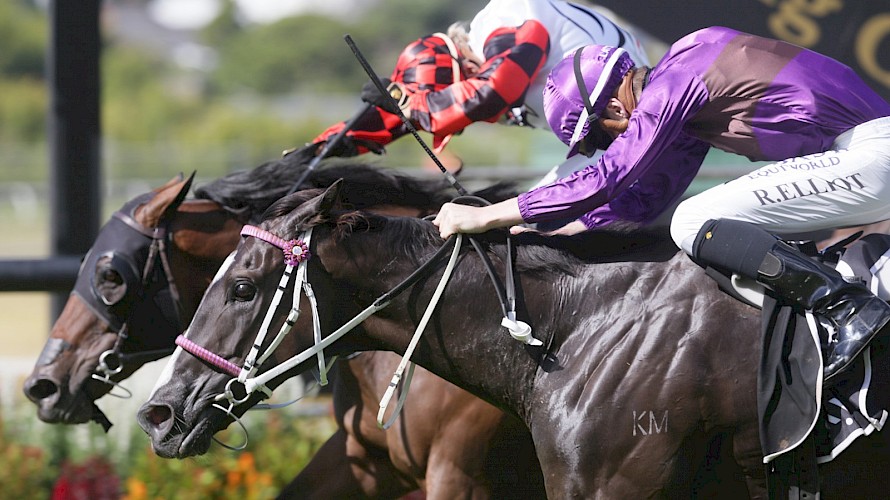 Coming back from the 2400 metres of the City Of Auckland Cup to the 1800 metres of the Taranaki feature isn’t ideal for Platinum Invador but the race fits in well with his big cups preparation.

It’s the same path Platinum Invador trod last year, when only 11th at Taranaki, but Latta says he’ll do better this time.

“He drew the outside last year but he finally gets a decent draw in three, which he will need. Hopefully we can use this to our advantage and ride him a bit handier than normal.”

Latta says the horse has freshened up nicely since his terrific City Of Auckland Cup run, when he flew late to be denied the smallest possible nose by Savy Yong Blonk.

“He had his final gallop yesterday and worked great. I couldn’t be happier with him.”

With another year and an Australian campaign behind him, Platinum Invador is well credentialled to do better this time but Latta isn’t getting too excited.

“I never get too far ahead of myself at this time of year. It’s not easy with how hard the tracks are. These are tough months on any horse and we tend to do a bit more swimming.

“I just try to keep them sound and happy and he’s a really happy horse at the moment.”