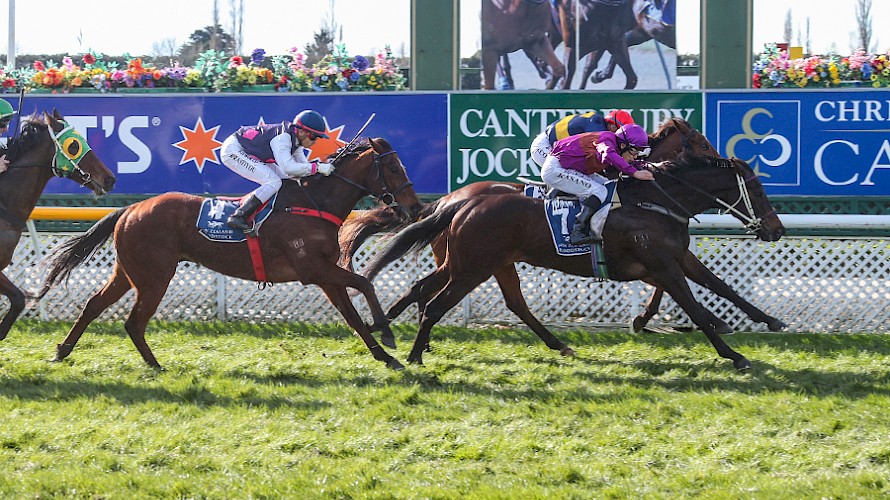 Trainer Lisa Latta will have one simple instruction for rider Leah Hemi when she legs her up for Platinum Rapper’s race at Hawera on Friday - make sure you find some clear air in the home straight.

Platinum Rapper goes into the 10th race with a fairly bleak from line of 3470 but that hides the fact she had lingering trouble with a stone bruise and simply couldn’t find racing room last start.

“She went to the line untested last time,” says Latta. “If you watch the replay you’ll see Ryan (Bishop) right up their bums.”

The mare, who was never in contention after a slow start, had always done her best when out in the open.

“If you go over her runs, even in her trials, she likes it best when she has some room. When she’s in behind several of her jockeys have said she doesn’t feel like she’s going any good.”

From a handy three draw on Friday, Latta is hoping Hemi can get one off the fence and trail, or be three back, before presenting the mare in the straight.

“She gets in at a nice weight - the minimum of 54kg - and Leah is a natural lightweight.”

Platinum Rapper will be getting a big pull in the weights off the top three in the handicap, Glory Days, Sergeant Blast and Gorbachev, all of whom are fresh-up.

“I’ll be disappointed if she doesn’t show something on Friday as her work has been really good.”

That said, Latta expects the mare to be even more competitive at her next start when she plans on stepping her back up over more ground than 1600 metres.

Latta will “try something a bit different” on Friday by fitting Platinum Rapper with a shadow roll.

“That should get her mind on something else without having to use blinkers.”

With a few showers in the forecast, Latta hopes the track will stay in the slow range which would suit her best.

It was a slow 8 this morning.