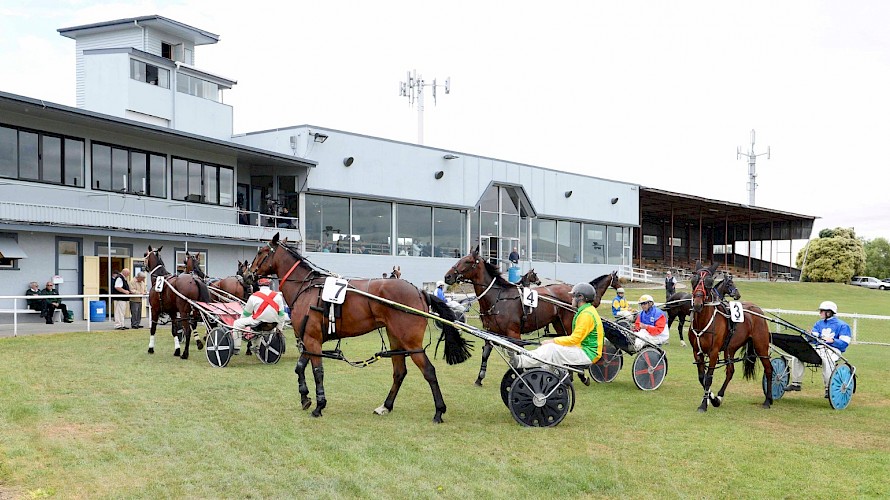 Harness racing has been held in the Manawatu since 1893 but has no place in the industry’s future plan.

Manawatu: How we can save harness racing in the CD - by a cheap marriage with the dogs

“Allocating no harness racing dates in the Central Districts is more than disappointing, it’s incredibly short-sighted and will be very detrimental to the game.

“Over a short period of time the number of owners, trainers and breeders in the region will reduce.

“The total combined number of starters this season from these 10 trainers was 1046 with 57% coming from Cambridge trainers and 43% from the CD trainers.

“So how can RITA or HRNZ justify having no racing in the CD? It just doesn’t make sense.

“When trainers from outside the region bring horses down to race in the CD they are allocated boxes, yards and sometimes paddocks to stay in overnight. What facilities are made available at Cambridge and Auckland for CD trainers?

“Harness racing now more than ever needs owners, breeders and trainers to stay in the game. Do they really think these participants with no racing in their region will continue to be involved?”

Manawatu officials say harness racing in the Central Districts will die out unless dates are granted for racing at Palmerston North.

No meetings are scheduled south of Cambridge in the new season draft of dates released today, Palmerston North, Stratford, Hawera, New Plymouth, Wanganui, Otaki and Tauherenikau have no meetings.

And that, warns Manawatu Trotting Club president Dan Lynch, is likely to see trainers, owners and horses permanently lost to the industry.

Other regions have also taken a hit - no meetings are scheduled for Forbury Park in Dunedin and both Wyndham and Gore are set to be cut in Southland.

But while Lynch also feels for their stakeholders, he says at least Southlanders have only a 45 minute drive to compete on a local track.

“We’re talking about shutting down harness racing in an entire region here.”

Lynch says while Cambridge has been given more meetings, presumably to help service the lower North Island, in time CD trainers will struggle financially to shoulder the extra cost of travelling there.

Historically, 50% of horses competing at Palmerston North have come from the local area but Lynch says even if trainers could supply say 36 horses to race locally, not all of those would go north.

Dual code meetings with the greyhounds advanced as the saviour for harness racing in the Central Districts.Dual code solution

Lynch and his club have come up with a proposal that he hopes will find favour with the Harness Racing New Zealand board and the Racing Industry Transition Agency.

Instead of running full race meetings, four or five harness races would be regularly programmed in between greyhound races held on the course.

Lynch can see no downside because all the infrastructure like Trackside cameras would already be there. And the club could cover the additional costs of a clerk of the course and starter crew.

It’s not as if the Manawatu club is any burden on the industry, says Lynch.

Ironically, it owns the track on which the dogs race, the venue has fibre, a key component in RITA’s qualifying conditions, and the club has no debt.

Lynch says the points which HRNZ has failed it on are horse numbers and betting turnover.

But Lynch says after canvassing trainers in the area he is confident there would be sufficient numbers to run four or five races, especially with trainers like Michael House and Jay Abernethy pledging to support Manawatu.

Scott Dickson had also ramped up his operation, developing his property to cater for a lot more horses.

“On average we were also getting 19 horses coming from the north for our meetings.

“Manawatu services a certain style of horse - ones who struggle to compete elsewhere. And we provide some variety in the style of racing. ”

Lynch says HRNZ’s data on turnover naturally reflects its “killer meetings” on Tuesdays which never attracted much betting. The club’s performance on its Thursday dates would be on a par with other clubs racing on that day, he said.

But Lynch says HRNZ needs to look further than the raw figures and appreciate the value of keeping harness racing alive in the lower North Island.

“Long term we can look at ways to reduce costs and increase our contribution to stakes.”

Lynch is keen to advance work on setting up a super club, comprising all the clubs in the CD, which has worked very well in Southland.

“All the clubs support the concept and twice we’ve voted in favour of it, but it’s never happened.

“All we’re asking for is to be heard by the board. We just want the chance to race in a way that doesn’t cost the industry.

“We didn’t expect to be racing the way we were before (with 17 meetings) but we didn’t anticipate we’d be cut entirely.”

Harness racing has been conducted in the Manawatu since 1893, variously at the Awapuni racecourse, the showgrounds, the Ashhurst domain and from 1959 at its present property in Pioneer Highway.