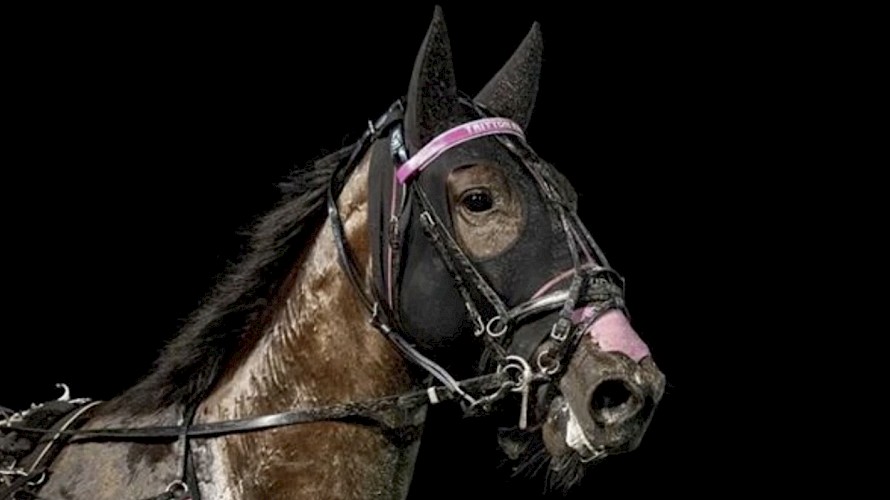 The Hidez hood is said to apply compression to acupressure and endorphin release points.

Tommy Lincoln will wear a special compression hood at Albion Park on Thursday to hopefully help him last the 2647 metres.

Lincoln Farms’ five-year-old has only five rivals in the early afternoon opening race, which will be run from a stand, a rarity in Queensland.

And, while he has shown he can begin quickly in his only three attempts behind the tapes in New Zealand, trainer Mark Dux acknowledges there is a real query over whether he can run longer trips.

The keen-going pacer failed in each of his three 2700 metre starts at Alexandra Park, admittedly against far stronger rivals, the reason Dux has reached for the new headgear.

“I’m going to try him in a Hidez compression hood, which goes over his ears, to see if he’ll settle a bit more and that will help him run the trip.” 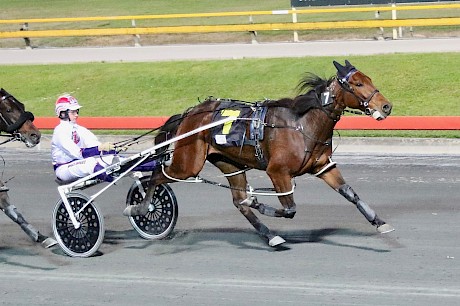 The compression hood with ears has the entire ear area lined with 3mm neoprene to reduce sound.

“He wore the hood when I trialled him last Friday and he seemed good with it on.

“We’ve always tried to keep him to the shorter trips, and the longer trip is a bit of a worry, but the only way to find out is to race him. He may not handle it.”

“He needs to have had one stand start in the last eight months to be eligible for that race, which I thought would be a good option for him because he’d probably be in front.

“The races at this time of year get harder and harder and if we think he’s in trouble at the distance we’ll switch to plan B and target slightly easier races.”

Thursday’s race is one of the easiest Tommy has struck for a while with three far lower rated horses on the front and two others sharing the 20 metre back mark with him.

Of those on the front tape, only former Kiwi Another Statement looks a threat. The other two can’t win, says Dux, one his own horse Sweet As was entered only to ensure the race got off the ground.

The Sydneysider is in good form, won a 2138 metre stand start trial at Albion Park on May 31, and last Saturday night finished a close third behind Infatuation and Another Statement in a 1:53.2 mile rate.

Captain Crusader showed he could run out a strong 2680 metres when runner-up to Lincoln Farms’ American Dealer in last year’s Queensland Derby. And he filled the same placing behind the Dealer in both the South East Derby and Rising Sun Consolation.

It’s been a month between runs for Tommy because of the drenching the state has had but Dux says he’s not far off the mark.

“I would like him to have missed no work but he showed he was going well in last Friday’s trial.”

Taken to the early lead over 1660 metres, Tommy Lincoln then trailed former Kiwi The Honey Queen before she in turn handed up to gun pacer Spirit Of St Louis.

“It was a pretty nice trial.”

Dux is hoping Tommy can get the trip on Thursday because, if he begins as fast as he did when beating stablemate Copy That in the 2020 Summer Cup (stand, 2200m) at Alexandra Park, he will give a big sight.