Message from the workouts: Just give me a draw, shouts Tommy, and I’ll get the job done

Tommy Lincoln again showed he’s a winner-in-waiting when he scored his fourth workout win this prep at Pukekohe on Friday.

A rating 53 pacer taking on horses of up to rating 77, Tommy Lincoln took an early trail behind the Barry Purdon-trained Some Do before driver David Butcher popped off the makers 600 metres out to sit outside the leader.

The American Ideal three-year-old wasn’t tested to beat Some Do (Crystal Hackett) by half a head, with Man Of Action finishing on well for third.

Trainer Ray Green said given a suitable draw at Auckland next week it was hard to imagine the horse being beaten.

“He was never able to get into the race last time, it was a total forget run.”

Buried three deep from his inside second row draw, Tommy Lincoln ended up being pushed right back to the tail of the field down the back straight by the weakening trailer and could only finish on late for a distant fifth.

Green was also pleased with Man Of Action who swished up three wide round the home turn for Andre Poutama and was going strongly a length behind his stablemate at the line. Cup class pacer Star Galleria was a hard held non competitor in fifth. 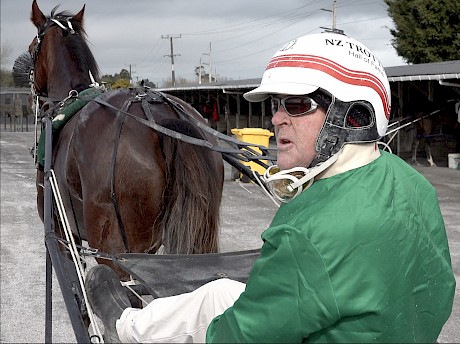 “He did it easy, mate” … driver Maurice McKendry reports to trainer Ray Green on Copy That’s strong win.Copy That deals to Purdon battalion

Classy three-year-old Copy That continued his good trial form by dispatching his four Barry Purdon-trained rivals in the 2500 metre heat for R85 to R106 pacers.

Driver Maurice McKendry was happy to trail Wainui Creek before easing out at the 400 and taking the lead turning for home.

“Maurice was really happy and said he was just gliding. He said he never had to move on him and he did it easily.”

Green will nominate Copy That for Wednesday’s meeting at Auckland and hope the horse gets a start, which he was denied at the last meeting. But with Purdon’s contingent all likely to need another trial he is not confident of getting a run.

American Dealer, who also missed a start at the last meeting when under offer, was allowed a leisurely outing in the R48 to R58 heat.

Butcher eased him to the rear from his outside draw and was content to stay there, never releasing the brakes in the heat won by Steven Reid’s Mr Fantastic in 2:38.1. 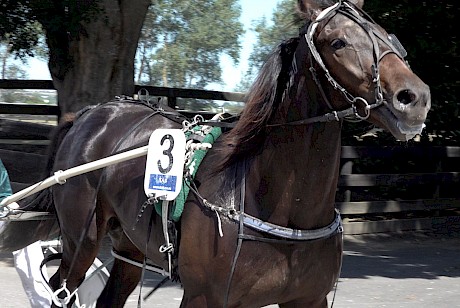 Three deep in the running he was under double wraps turning for home and was never released by Butcher, finishing hard on the back of the third placed Ned Kelly.

Rock N Roll Heaven two-year-old Jeff Beck, in his first workout since being gelded, looked a nice improver, driven quietly into third, two heads from Eyes On Fire and Colin Bromac in the learners’ heat.

“David just sat on him up the straight and he ran home well,” said Green.

“I’m pleased with him and we might qualify him next week.”