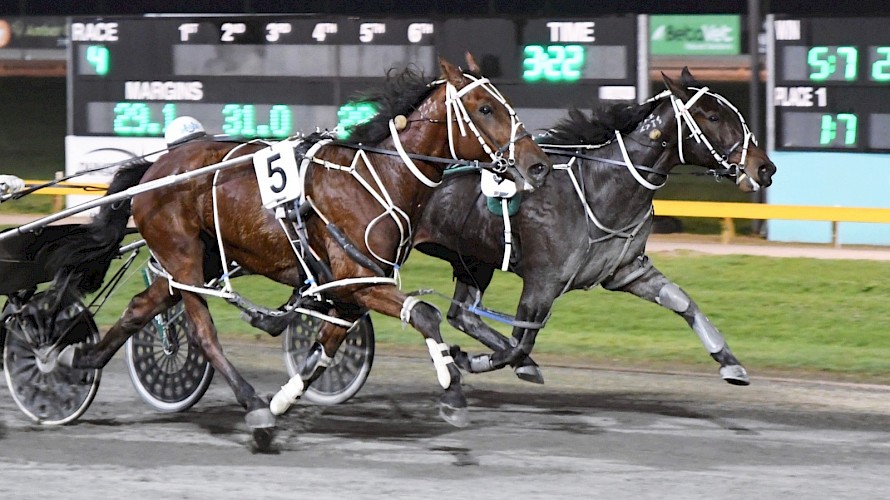 If Phil Cook needed any reminding why he races horses, the message that arrived this morning from Lincoln Farms’ junior driver Monika Ranger underlined it.

“She sent me a lovely text thanking me for letting her drive Riverman Sam,” said Cook still buzzing after the horse’s electrifying last 100 metre dash to victory at Cambridge.

“My wife Delia reminds me how ridiculously expensive horses are and how we could have bought another house if we didn’t have them. But you’ve got to have things you enjoy in life and I like the industry and the people in it.”

Cook, under his Philadelphia Racing banner, has five horses with Ray Green at Lincoln Farms, including three yearling fillies, and is pleased to be involved with the operation.

“I think John Street is great for racing. He’s a very generous man getting people involved in his syndicates.”

Cook, who has known Lincoln Farms’ business manager Ian Middleton for 40 years and sat on the Auckland Trotting Club board for eight years, says he attends most meetings at the Park and likes to have horses running when he does. 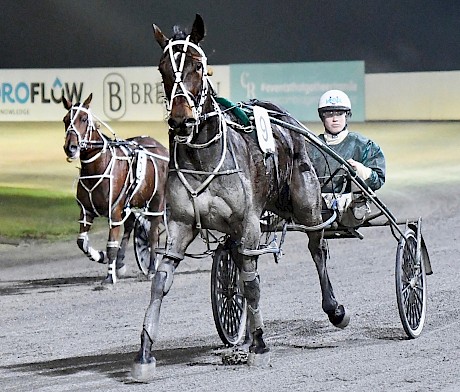 Monika Ranger brjngs Riverman Sam back to scale. PHOTO: Chanelle Lawson.Winning at Cambrdge was also a thrill - “you can never have too many wins. It’s nice to get the first win on the board with Ray and Monika did really well.”

Riverman Sam, who went through a bad patch after three wins with Steve and Amanda Telfer, was obviously improving again, he said.

Cook is now hoping Green can also get the best out of Riverboy Ben, who had his first start for the stable on Friday night, and he is looking forward to seeing yearlings Rivergirl Gwen, Im Not The Maid and Always B Alice going through their paces.

Cook has lost count of the number of wins he’s had in the 36 years since his first, River Lady, bagged three races before being sold to Australia.

But he will never forget his best pacer Ideal Alice, one of four mares he is now breeding from.

Ideal Alice won three races here with Tony Herlihy and another 17 with Gary Hall in Perth where she won the Group I Mares’ Classic at Gloucester Park in 2017, boosting her bankroll to more than $434,000.

Ironically, Ideal Alice was the first foal of Bonsoir, who never got to the races for Cook because she had an asthmatic condition.

“I’m hoping Alice will leave something. She’s out at Alabar now in foal to Lazarus.”

Cook, who says he has always been a keeper-breeder rather than a seller, moved to 20ha at Clevedon 25 years ago, living on the river, hence his racing moniker River.

And while he has enjoyed looking after and patting his animals, at the age of 75 he has now shed the responsibility.

“I’ve moved all the horses off now and last week I leased out the property to a grazier to manage the cattle.

“I’m trying to retire but have been busy with a number of projects. I want to go fishing for a change and play some golf.”

But, sorry Delia, the horse bills will keep coming.