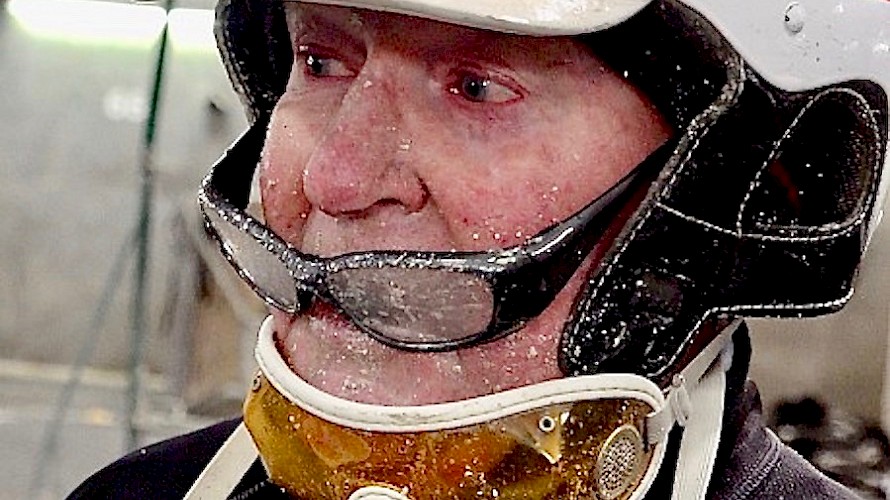 Maurice McKendry is New Zealand’s most experienced horseman with 22,200 drives to his credit.

Northern horsemen will seek a review of the rule which cost senior driver Maurice McKendry a three week suspension, fearing the way it is being policed will be to the detriment of harness racing.

NZ Harness Racing Trainers’ and Drivers’ Association northern branch president Jay Abernethy says nine out of 10 professional drivers would have made the same decision as McKendry when he angled Simply Sam in turning for home at Auckland last month.

The manouevre saw Simply Sam blocked for a run in the home straight and resulted in McKendry being charged with “failing to take all reasonable and permissable measures to ensure his horse was given full opportunity to win the race or to obtain the best possible position”.

McKendry defended the charge at last Thursday’s hearing but in his findings released today adjudicative chairman Gavin Jones ruled he breached the rule by making a tactical mistake and error of judgement. 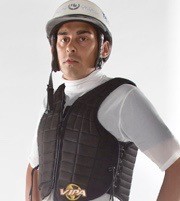 Jay Abernethy … nine out of 10 professional drivers would have done the same.McKendry was outed for three meetings, in effect meaning he will be away from driving for one month.

But Abernethy says the northern horsemen “fully support Maurice’s decision and understand why he did it.

“The rule needs to be there but the way it’s being interpreted is hard on the drivers and could lead to more favourites being over-driven.

“You could probably charge someone in every race under that rule, it’s just the nature of racing. Some races don’t go to plan.”

Abernethy says at the next national council meeting the northern committee will urge that they seek a review by Harness Racing New Zealand of the way the rule is being interpreted.

Did punters really want drivers to start making decisions that kept them safe from being charged but reduced their chance of winning?

“And the way it stands it’s near impossible to get off once you’re charged under that rule.”

In finding McKendry guilty, adjudicative committee chairman Gavin Jones ruled he took a calculated risk in electing to shift down off the back of eventual winner Harder Than Diamonds, when at the time there was no apparent opening.

“On the other hand, there was clear space on the outer of Harder Than Diamonds.

“It cannot necessarily be said that Simply Sam would have beaten Harder Than Diamonds had Mr McKendry gone wide, but it most likely would have ended up in a better position at the finish.”

In one of the previous cases Jones referred to - HRNZ v Higgs (2005) - the decision stated there had to be more than an error of judgement - “there must be some carelessness or incompetence involved.”

Simply Sam, second last, has dropped off the back of eventual winner Harder Than Diamonds and driver Maurice McKendry is about to angle him for an inside run.Evidence given at the hearing by McKendry about why he chose to try for an inside run on Simply Sam hardly amounted to carelessness or incompetence.

“On the the point of the bend they were really sprinting and my horse was feeling the pinch,” McKendry submitted.

“My horse was getting in a bit, watch my hands, he wears a burr on the inside and I would have had to fight the horse to go outside Harder Than Diamonds.”

At that stage of the race Simply Sam had dropped off the back of Harder Than Diamonds and on the wet, slushy track, McKendry said he didn’t think he could win if he went even wider.

“You don’t get a lot of time to think and I made a split second decision to try for an inside run. But they didn’t fan like they usually do, they stuck together.”

McKendry said knowing the third horse on the markers can sometimes secure an inside run he followed Tony Herlihy on Mr Kaplan but when that horse swerved sharply into the passing lane his run was blocked.

“I would have been better going outside Herlihy.”

McKendry said he had two choices turning for home and made a split second decision which turned out to be the wrong one.

“But it could easily have been the right one. And that’s what happens in racing.”

McKendry, with 22,200 drives, and 3355 winners in 47 years in the sulky, is New Zealand’s most experienced horseman and was questioned by Jones on whether he had used similar tactics previously. He replied yes, for both winning and losing results.

During the hearing, senior stipendiary steward Steve Mulcahy concentrated his submissions on Simply Sam’s racing style, replaying four of his previous races, and labouring the point that the horse was able to run fast sectionals, and come wide from well back in the field. 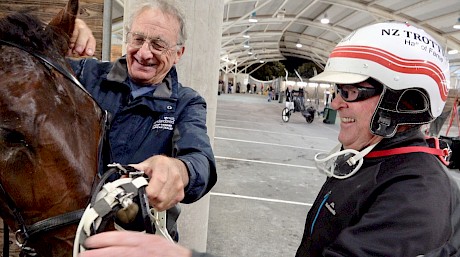 Simply Sam was having only his eight start for trainer Ray Green and was significantly up in grade.But McKendry countered that Simply Sam was facing a vastly superior field on June 10.

Simply Sam (R54) was a two-win horse with only seven runs under his belt whereas horses like winner Harder Than Diamonds was rated 64 and had won five races and runner-up Mimi E Coco (R66) was the winner of nine of her 49 starts.

“Harder Than Diamonds came home in 56.4. I’m following it and would have had to go round it and run a second quicker, 55.4, on a wet night when the track was off.

“On the sectionals he couldn’t have won.”

Steward Adrian Dooley, under questioning from Mulcahy, agreed he was surprised at McKendry’s home turn actions knowing what a powerful finish the horse had.

Mulcahy: “Do you believe his colt would have been given full opportunity had he gone wide?”

Dooley: “Previously he had an unimpeded run and he would have had a clear run to the finish - whether he’d have finished first, second, third or fourth is debatable.”

Dooley acknowledged Simply Sam had started to drop off Harder Than Diamonds on the turn but “directing his drive inwards we believe was a high risk manoeuvre.

“Clearly Mr McKendry is then reliant on luck. He’s searching for a clear run, no run is available and passing the 100 he takes a firm hold. His horse appears to be full of running, his mouth is open, suggesting he’s being restrained, and Mr McKendry’s hands are in close to chest, with the horse unable to be tested through the home straight.”

Mulcahy submitted while going wider may not have been McKendry’s preferred option, driving in the manner he did undermined the confidence of punters.

Mulcahy admitted the stewards did “pay more attention to horses with more money on them.”

But he took issue with McKendry’s submission that Simply Sam was a false favourite, an inexperienced horse still learning and without the skills to take advantage of what punters probably perceived as a good barrier draw.

“Another horse didn’t get a go in the race (Zarias) but because I’m favourite I’m in trouble, and the other one isn’t,” McKendry said.

Mulcahy said he conceded the point on the night that because of the handicapping system and paucity of horses in the north Simply Sam was “thrown into a very different race” from peviously “but I still thought he was competitive.”

In his decision, Jones also referred in detail to the findings in a more recent case - RIB v Cameron (2017) - which he said set out principles which have stood the test of time.

But, again, one of the eight points he listed states “a mere error of judgement by a driver is not a sufficient basis for an adverse finding that the rule has been breached.”

Jones did not, however, elaborate on a case which Lincoln Farms’ management, the owners of Simply Sam, tabled in support of McKendry - RIB v Nemwan (2021), which saw Korbyn Newman found not guilty.

“Whilst there may be similarities between various cases, such as Newman and this matter, there are also points of difference,” Jones said.

“The Newman case does not necessarily set a precedent, and nor does this case, as each is evaluated on their particular circumstances.”

Key rulings by adjudicator Olivia Jarvis in that case included:

In suspending McKendry for three meetings, Jones said the committee took into account his excellent record and, while it assessed his breach as “below mid-point”, the penalty also had to deter others.

The next meeting McKendry will be able to drive at is at Auckland on July 29.