Trainer Brent White was on his way home to Ashburton and hadn’t even made it to Temuka, 20 minutes up the road from Timaru racecourse, before his phone started ringing with inquiries to buy impressive pacer Cranbourne.

The Sir Lincoln two-year-old debuted against older horses in the ninth race at Timaru today, sent out favourite on the strength of some strong trials.

And while commentator Mark McNamara had a warning note in his voice as the horse appeared to be under pressure 800 metres out, eight lengths behind the leaders, his home stretch sprint for driver Stephen McNally was a real eye-catcher.

“This is going to be some sort of performance,’’ McNamara declared as the colt swept past the three leaders close to home to win by a length, going away, from another Sir Lincoln in four-year-old Peraki Lincoln.

The win came as no surprise to White, nor the agents who have been keeping a close eye on the two-year-old.

“But he’s a beautifully gaited horse who has real good speed and he can sustain it for a long time.’’ 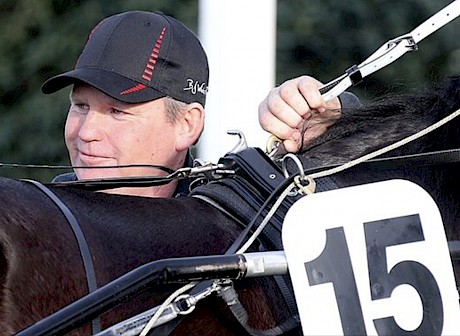 Trainer Brent White is predicting big things in Cranbourne’s future.White says Cranbourne, who is a big, strong colt, has three-year-old written all over him.

“I think he’s got a big future as a three and four-year-old.’’

White knows it’s impossible to compare horses but he likens Cranbourne to Wesley Silcox, whom he mentored to his first two wins before he was sold to clients of Robert Dunn. The horse won eight of his first 12 starts.

White says Cranbourne has shown he has what it takes from the day he got him from the Christchurch yearling sale last year.

Picked on pedigree by part owner Ross Smith and liked on type on the day by another owner Ross McCutcheon, the son of Sir Lincoln and one race winner Classiealba cost just $6000, late on the second day of selling.

White recalls Natalie Gameson being keen for her partner Jamie to buy the horse because she liked him so much when preparing him for the sale.

“Everyone who has had anything to do with him has liked him, since he was a baby.

“He’s just a lovely colt and is such a good looking bugger.

“My son Tim has done 80 percent of the work with him and he always said he had a nice feel about him.’’ 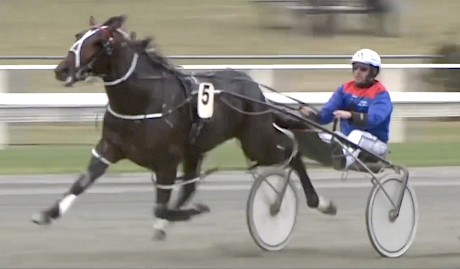 Cranbourne … beautifully gaited pacer who can sustain his speed.White gave the colt two workouts and two trials in December and January, before tipping him out to freshen up, suspecting he was getting tired.

And when he came back earlier this month, “thickened up really nicely” and was just pipped by Glenledi Chief in a mile trial, “he turned quite a few heads.’’

Now raced by Smith, McCutcheon and Barry Phillips, all from Temuka, Cranbourne is a real target for sale, one party in Melbourne particularly keen.

“I’m not a defeatist but you have to be practical. When he drops into a two-year-old race he’ll come up against Mark and Natalie’s good ones.’’

Cranbourne’s dam Classiealba might have won only once but his grand dam Lady Alba was a top performer for master trainer Charlie Hunter, winning 10 races, and all seven of her foals who have raced have won.

Among the winners in his pedigree are Awesome Alba (16 wins), Awesome Diamond (24 wins) and Lady’s Day (7 wins) who left Baptism Of Fire, dam of million dollar earner and now sire Highview Tommy.