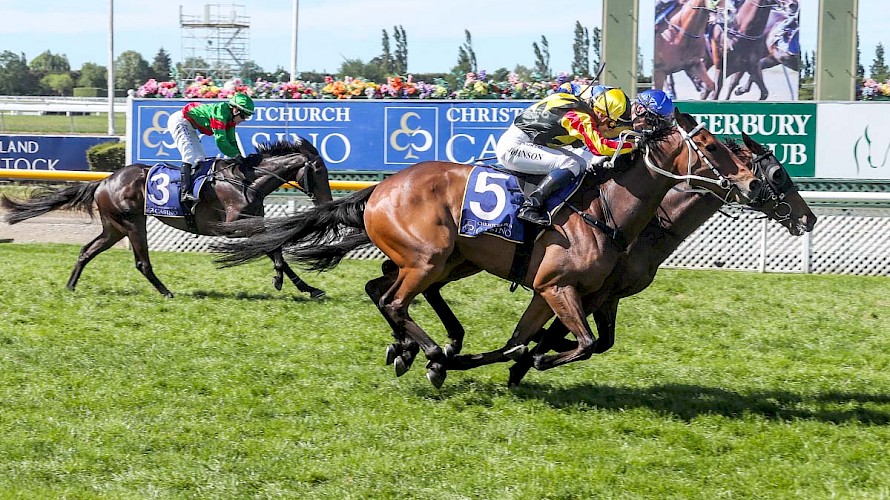 Lincoln King, outer, is cutting back Dragon Storm but he comes up half a head short. PHOTO: Ajay Berry/Race Images.

Lincoln King will be set for the Auckland Cup and Sydney Cup after going down in a close photo finish in today’s $250,000 New Zealand Cup at Riccarton.

In a head-bobbing finish that had Lincoln Farms’ boss John Street thinking he had won, Lincoln King and rider Danielle Johnson were pipped by just half a head, his grinding late finish coming up one stride short.

“We were sitting on a bad angle and I thought we’d won,” Street said. “One stride past the post and he was in front.

“We’re naturally a bit disappointed but you have to be resilient in this game and we can look to the future now knowing we have a nice stayer.

“He tried hard and never gave in. He should win some nice races for us.” 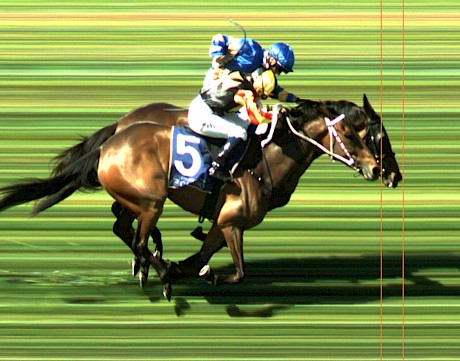 The official photo finish gives it to Dragon Storm. PHOTO: FinishLinePhotos Ltd.Lincoln King holds nominations for the $200,000 City Of Auckland Cup (2400m) on January 1 and the $500,000 Auckland Cup (3200m) on March 13 but Street said trainer Stephen Marsh is also keen to look at the $1 million Sydney Cup (3200m) at Randwick on April 10.

“The track is often rain affected for the Sydney Cup and being out of a Shinko King mare he might go in softer ground.”

Marsh said he was very proud of Lincoln King.

“He’s a superstar in the making. He’s very lightly raced and has come a long way in a short time.

“He’ll have a week in a nice paddock in Christchurch before he comes home for a short break and then we’ll aim him for the Auckland Cup.”

Lincoln King, by Melbourne Cup winner Shocking out of the seven-race winning mare Shi Kin Fly, is raced by Street along with his business manager Ian Middleton, Marsh and Wellfield Lodge’s Bill Gleeson.

Middleton was philosophical about the narrow defeat.

“It was so close and even Danielle wasn’t sure of the result.

“Danielle thought she was going to get there and knew it was close on the line.

“We didn’t get the decision but you have to be happy with the way he never stopped trying.” 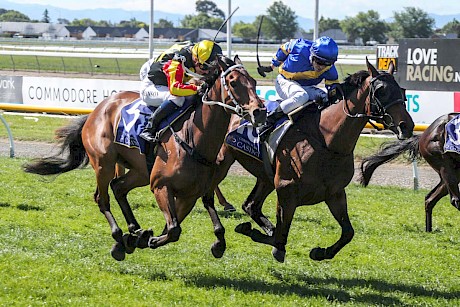 Danielle Johnson, outer, is riding hard on Lincoln King but Craig Grylls just has her covered on Dragon Storm. PHOTO: Ajay Berry/Race Images.Middleton identified Lincoln King as a stayer in the making long before he hit the racetrack.

A slow maturing type, his early education was done by Peter Didham in the Central Districts.

“We knew he’d take a long time and that’s why we didn’t send him to Singapore.”

Lincoln King, now six, started racing only in February 2019 and has raced only 17 times.

Johnson settled the horse well back in the field today, letting him go to sleep fourth last in the 17-horse field.

She had him on the move by the 800 metres, coming five and six wide on the home turn, before working into the clear and mounting her run.

At the 200 metres he was running third and closing hard on leader Hurry Cane and Dragon Storm and he lunged right on the line to leave commentator Matt Cross unsure who had won.