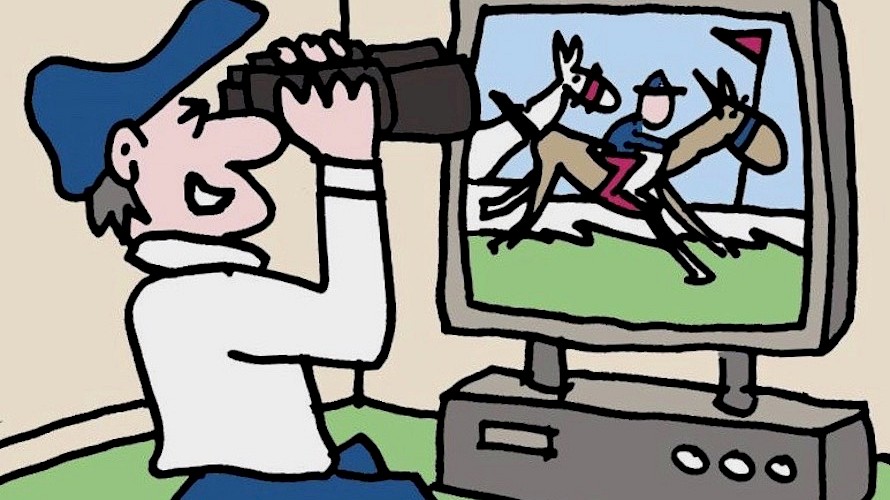 Some greyhound meetings next month will be held with no on-course commentator in the latest cost-cutting move by the TAB.

In what could be a sign of things to come, Trackside will have a commentator in its Christchurch studio calling three meetings in the Central Districts using only a TV monitor.

With regular commentator Mark Rosanowski on leave, and the other former CD caller Darryl Robinson among those let go, RITA finds itself stuck for a replacement.

So Andy McCook, one of the contractors who fell victim to widespread cuts by the Racing Industry Transition Agency, will call the meetings at Wanganui and Palmerston North in the second week of July.

McCook, who has been a presenter and acted as a stand-in commentator off and on for the last four or five years in Canterbury, believes he can do the job without leaving viewers thinking they are being short-changed. 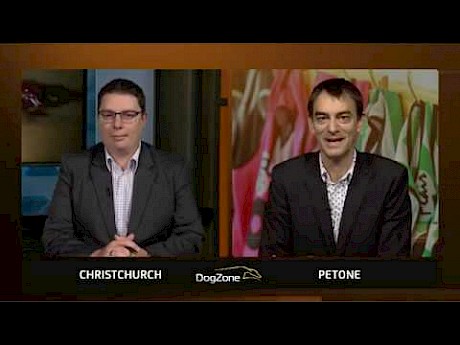 Andy McCook, left, will stand in for Mark Rosanowski and call from the studio in Christchurch.It won’t be the first time he has called a meeting remotely. When a flight delay saw versatile caller Jason Teaz unable to get to Dunedin one day he team tagged with Trevor Wilkes in the Addington commentator’s box, calling the Forbury Park card while Wilkes did the local meeting.

Unusually, Wilkes routinely calls off his TV monitor but McCook says for accuracy’s sake he’d much prefer to look out the window and use his binoculars.

“The only problem is if dogs start getting checked and get a mile off the leaders, or fall over.

“But I’m hoping there will be enough camera angles to make it work.”

Given the TAB has cut the number of cameras it now uses to cover meetings that’s not a given but McCook is positive about the challenge ahead.

McCook says he assumes the TAB will make arrangements for on-course punters to hear the commentaries.

“This could be the way of the future and it’s not the end of the world. When I first started, I used to practice at home calling meetings watching the TV.”

McCook says the TAB is ready “to rock ’n’ roll, having set up everything he needs in the Christchurch studio and he plans to have a test run soon.

“I wouldn’t want to go in blind so I’ll be sneaking in to get some practice first.”

McCook, a keen student of form, says he’s also got plenty of time to bone up on his CD greyhounds so he can analyse fields with at least some authority. 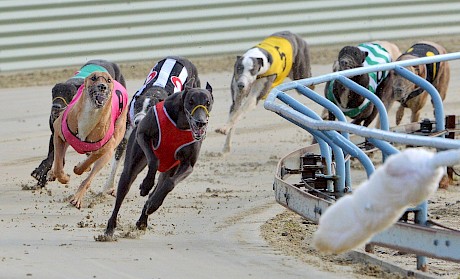 It’s all over in the blink of an eye but calling greyhound races off the TV is easier than horse races.McCook believes it’s harder calling horse races off the TV than dog races as the field can string out much further and the horses are smaller with cameras now further away.

Other commentators have been forced to rely on TV pictures in recent years when emergencies have arisen.

Matt Cross called a West Coast meeting from the studio one day when Mark McNamara couldn’t get there and Aaron White called a trots card at Manawatu when he was fog-bound and stood in at the last minute for a sick Tony Lee at a Hastings gallops meeting.

Similar problems will arise in Auckland next month with long-time caller Peter Earley dismissed and White, now expected to commentate on dogs, on leave.

The TAB initially rostered cut gallops contractor Bruce Sherwin for July 12 at Manukau Stadium - he once called dog races in Macau - but George Simon will now do the meeting.

It will make for a busy week for the Waikato-based Simon - he’s ditched the Te Aroha trials on Tuesday but will still be at the Cambridge dogs on Thursday and Ellerslie gallops on Saturday.